What will 2019 bring to the Colorado golf world? 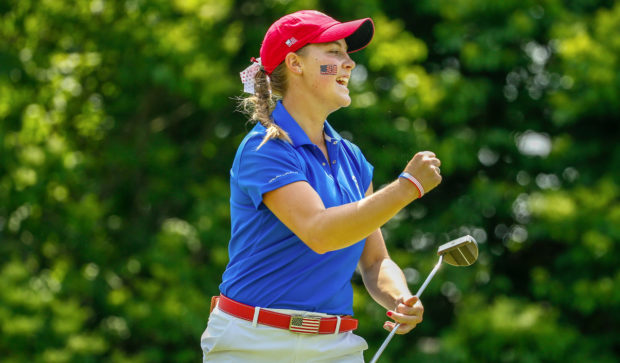 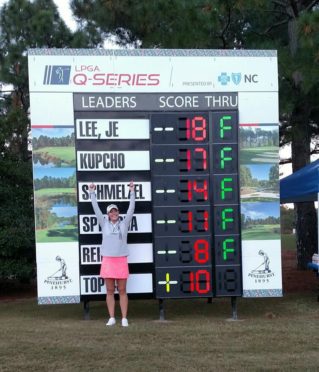 In 2018, the Westminster native and Wake Forest University golfer became the first Colorado woman to win the NCAA Division I individual title. She spent the summer representing the U.S. internationally on the winning Curtis Cup, Palmer Cup and Women’s World Amateur Championship teams, and finished the year by firing a 17-under 559 in the eight-round final stage of LPGA Q-School—27 strokes clear of the “cut line” to qualify. The world’s No.1-ranked player for most of 2018 (for which she earned the prestigious Mark McCormack Medal), Kupcho will join the LPGA circuit after this year’s NCAAs. She gave a preview of her pro performances in July’s LPGA Marathon Classic, where she finished 16th. Other players with Colorado ties earning their LPGA cards are Denver’s Becca Huffer (winner of the 2013 CoBank Colorado Women’s Open) and University of Colorado golfer Robyn Choi of Australia.

The South Metro successes of Topgolf in Centennial and PGA TOUR Superstore in Greenwood Village have prompted both businesses to open second locations north of I-70. With a target opening date of May 4, the PGA TOUR Superstore will unlock its doors at 5650 West 88th Avenue in Westminster, a 40,000-square-foot space formerly occupied by Toys ‘R’ Us. Colorado’s second Topgolf, at I-25 and 60th Ave. in Thornton, will debut in late 2019. A replica of its Centennial facility, it will have three tiers of climate-controlled hitting bays, a restaurant, three bars and similar entertainment and private party options.

By virtue of their performances on last year’s Web.com Tour, Wyndham Clark and Jim “Hard K” Knous both earned exemptions onto the PGA TOUR’s 2019 wraparound season. Through January 15, Clark—a Colorado state champion while at Valor Christian and the 2017 Pac- 12 Player of the Year at the University of Oregon—had made six cuts in 14 career PGA TOUR starts. Knous, who graduated in 2012 from Colorado School of Mines, has made the cut in half of his six career PGA TOUR starts, his best finish a T-10 in October’s Safeway Open.

Designed to be easier to understand and apply, the most sweeping changes in the Rules of Golf in more than six decades should also improve pace of play. Among the potential accelerants: Players no longer need to remove flagsticks when putting (see page 20) or risk letting spike marks alter the line of a putt. All good, but how long it will it take before a controversy involving one of the nearly 60 Rules changes impacts the result of a local or national championship?

Over the last three years, thanks to the Co- Bank Colorado Open Championships and The First Tee of Green Valley Ranch, Hale Irwin, Ryan Palmer, Paula Creamer, David Duval, Lexi Thompson, Mark O’Meara and Matt Kuchar have inspired junior golfers with talks and exhibitions. Last August, Annika Sorenstam paid the most recent visit as part of a novel PEAK Performers event wherein nine kids from First Tee programs around the country each got to play six holes with the World Golf Hall of Famer as part of a four-day, all-expenses-paid trip to The Broadmoor in Colorado Springs. Scuttlebutt about Michelle Wie as this year’s special guest has circulated since last year.

Will Dillon Stewart “Cowboy Up”?

Winning two AGJA events, the Colorado High School 5A championship, USGA Junior Amateur Qualifier and the Junior America’s Cup, the Fort Collins native easily earned 2018 Junior Golf Alliance of Colorado’s Player of the Year and Colorado Golf Hall of Fame’s Future Famer honors. He also signed a National Letter of Intent to play for the No.1 college program in the country— the current defending national champion Oklahoma State University Cowboys—and graduated early from Fossil Ridge High School to focus on competing in events that will groom him for big-time college golf.

Colorado Golf Club in Parker will host the 39th Edition of the 2019 U.S. Mid-Amateur Championship September 13-19, with CommonGround Golf Course in Aurora as supporting Stroke-Play Co-Host Venue. Sectional Qualifying for the USGA championship take place around the country August 7-21, with the Omni Interlocken (Aug. 13) and Inverness (Aug. 19) hosting the Colorado qualifiers. Local favorites include previous qualifiers Chris Thayer, Steve Irwin, Matt Evelyn, Michael Harrington and Brian Dorfman. The Mid-Am will mark the second USGA championship contested in Colorado in as many years, following last year’s U.S. Senior Open at The Broadmoor. And in related news, the USGA will announce this February that the Eisenhower Golf Course at the U.S. Air Force Academy in Colorado Springs will host a national championship in 2020.

With a $150,000 purse, the CoBank Colorado Women’s Open is the richest state women’s open in the country. To make the field even more competitive, the Colorado Open Golf Foundation has moved the three-day championship from late August to May 29-31. The change will avoid overlap with events on the LPGA and Symetra Tours and can attract college players right after they play in the NCAAs. The result will be a much deeper and stronger field at Green Valley Ranch Golf Club. Can a Colorado player finally break through? Since 2000, only two— Erin Kerr Houtsma (2005) and Becca Huffer (2013) have won the event. The change in dates switches the CoBank Colorado Senior Open to August 28-30.

Prompted by a City of Denver storm water-management initiative, a 17-month-long multimillion- dollar redesign of City Park Golf Course is expected to be completed this year, with golfers possibly playing the Hale Irwin/Todd Schoeder layout as early as June. They’ll arrive through a new entrance on E. 23rd Avenue and enjoy the ambiance of a sleek new clubhouse. Meanwhile, just two miles up the road, similar storm water- management measures will shutter Park Hill Golf Club for the 2019 and 2020 seasons. This project includes the construction of a detention area in the northeast corner of Park Hill Golf Course to more effectively hold and slow storm water as it flows through the area. Many question whether the historic course will reopen at all. 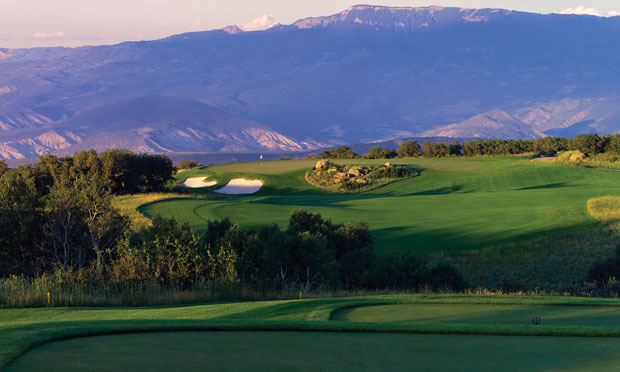 On the public side, only City Park’s reopening qualifies as a ribbon-cutting. On the private side, look for The Club at Flying Horse in Colorado Springs to unveil its second course, Flying Horse North, in the Black Forest, six miles northeast of Flying Horse’s existing Tom Weiskopf-designed course. Former Weiskopf associate Phil Smith designed the pine-lined layout as the centerpiece of a 283-home, 1,400- acre community southwest of Hodgen and Black Forest roads. On the other side of the mountains, Cornerstone, a 4,800-acre development atop the Uncompaghre Plateau, will reopen its glorious Greg Norman-designed golf course for the first time since the recession and ownership changes mothballed it in 2012. Erstwhile Norman designer Matt Dusenberry revived the course with an eye to upgrading its playability, strategy and water usage while maintaining its core aesthetics.