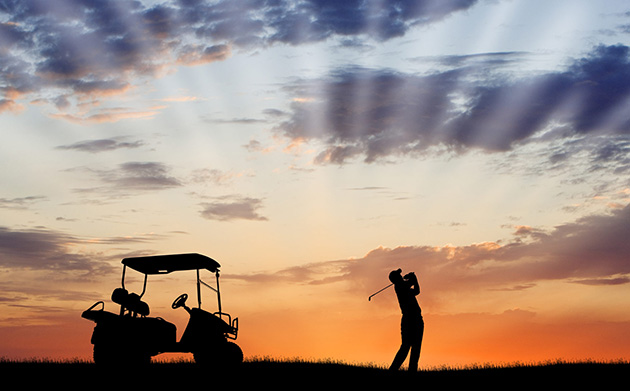 On Sunday, March 8, afternoon golfers will have an extra hour of daylight to play. Meanwhile, the dew-sweeping members of the dawn patrol will wait an extra hour before teeing off.

Daylight Saving Time begins that day, and if the Colorado legislature passes Senate Bill 20-105, it might never end. That bill would implement year-round daylight saving time.

We’d be like Arizona and Hawaii, the only two states that don’t “spring forward” or “fall back.”

That those states are both major golf destinations isn’t the only connection between DST and golf.

In fact, in 1986 the golf industry once estimated the game would increase revenue by $200 million if the United States Congress extended DST nationally from from six to seven months. These lobbying efforts (and those of other industries, including the barbecue contingent) were successful, and nationwide DST has since expanded to eight months.

“The reason it’s good for golf is because it creates more daylight when people are likely to play,” said former World Golf Foundation CEO Steve Mona. “It could be going out to play nine holes or even just spending 30 minutes on the putting green. We believe any activity is good whether it leads to increased revenue or increased engagement in the game.”

This argument echoes that of Englishman William Willett, an influential builder and avid golfer, who loathed cutting his summer rounds short in the early evening. Willet’s relentless advocacy for more daylight in summer eventually culminated in the passage of “British Summer Time” in 1916, a year after his death, although a far more serious matter than golf—namely World War I—actually precipitated it.

Colorado on the Clock

This year’s bill marks the sixth time since 1988 that the Colorado Legislature has entertained some form of legislation proposing permanent daylight saving time.

Standing in opposition, she says, are the “ski industry, motion-picture association, hotel and lodging association and broadcasters association.”

Since failure of the bill is, so to speak, par for the course, Cassell saw no reason to flag the bill for the Coalition.

Her decision was correct, given the reaction of local golf professionals like Matt Bryant of Green Valley Ranch Golf Club. “It’s a small window of time, to be honest,” he said. “We actually like things just the way they are.”

Defenders of the status quo should be happy, then, that SB20-105 will likely fail again. And even if the bill somehow gets signed into law, all states require federal approval before they can enact year-round DST.

To date, the seven states that have approved perpetual DST (Alabama, Arkansas, Florida, Nevada, Oregon, Tennessee and Washington) have yet to receive such approval.

Ultimately for Colorado golfers, is an extra hour’s worth of afternoon tee times between November and February worth the change?