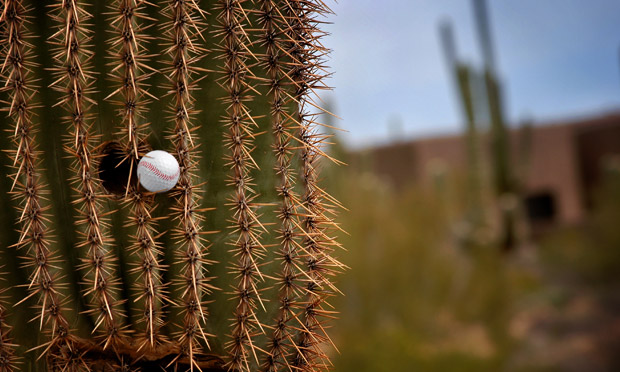 Golf and Spring Training: Turn the Double Play in the Valley of the Sun

Let the Swings of Spring Begin 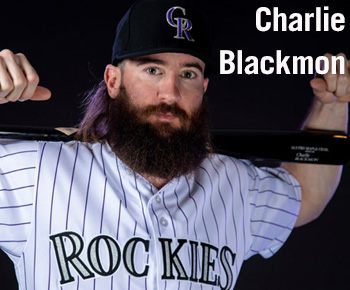 Spring, the traditional season of hope and rebirth, injects both golfers and baseball fans with a faith in fresh starts. That new putter is going to help you contend for the club championship just like Kyle Freeland’s comeback will deliver the Rockies (with a National League-worst 5.56 ERA in 2019) into the postseason. While both sports begin in April—the Masters is golf’s version of Opening Day—February and March let us revel in optimism. From the snows of Colorado, we head to sunny Arizona to play 18 holes in the morning and watch nine innings in the afternoon. We know neither of these games count for anything more than our own enjoyment and, perhaps, a reason always to let hope triumph over experience.

Other courses may be more convenient to Salt River Fields, but none offers Rockies fans more than Ak-Chin Southern Dunes. Located 30 minutes south of from Sky Harbor in Maricopa, this nationally ranked design by Lee Schmidt, Brian Curley and Fred Couples—which can stretch to 7,546 yards and annually hosts U.S. Open qualifiers—offers a number of sweet stay-and-play packages with Harrah’s Ak-Chin Casino & Resort, including one that features Rockies Spring Training tickets. Players on the team also frequent the Troon-managed course. akchinsoutherndunes.com. 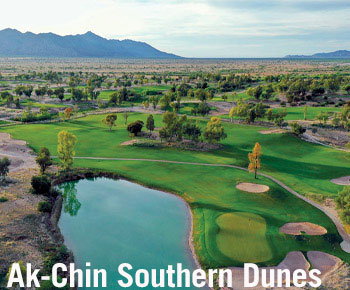 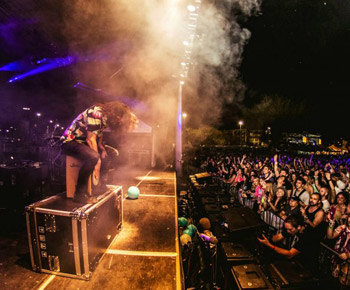 Its Name is Rio 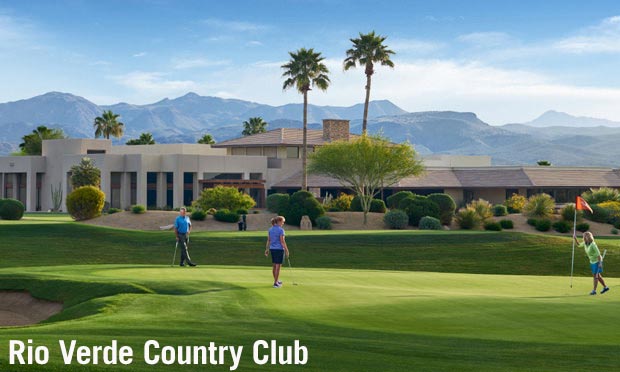 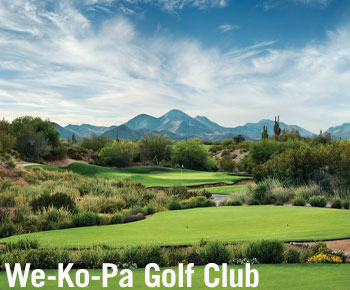 We-Ko-Pa Golf Club doubles down on stellar golf with its Scott Miller-designed Cholla Course and the Coore-Crenshaw Saguaro Course. Both offer breathtaking views of the McDowell Mountains, Red Mountain, Four Peaks and the Superstitions. The courses lie on Fort McDowell Yavapai Nation land that will never be commercially developed. wekopa.com 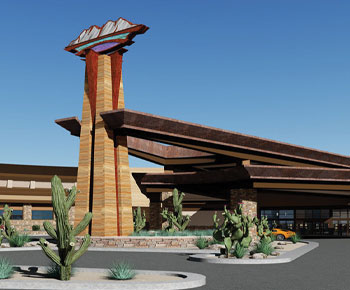 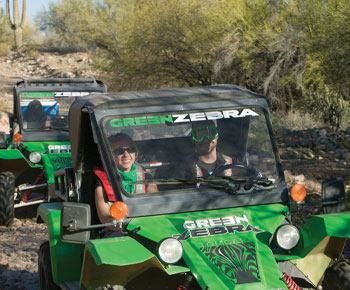 Rising in the West Valley 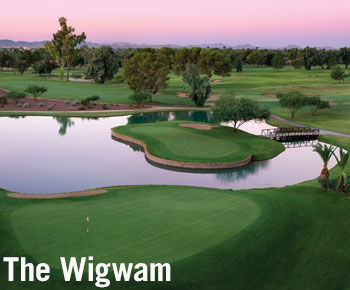 If good things do indeed come in threes, then The Wigwam in Litchfield Park is really good. Since welcoming its first guests in 1929, the venerable resort has grown to comprise 331 elegant rooms, three signature dining venues, three pools and three lush 18-hole parkland-style courses. Called “Arizona’s Monster,” Wigwam’s 7,345-yard, Robert Trent Jones-designed Gold course has hosted numerous regional qualifiers for USGA and NCAA championships, while his 6,000-yard Blue course appeals to shorter hitters and beginners. Splitting the difference, the popular 6,852-yard Red course—designed, appropriately, by Red Lawrence—features 10 holes with water and one of Arizona’s toughest closing stretches. Additionally, The Wigwam offers Hybrid Golf Outings (HgO) as alternatives to standard rounds, and after 11 a.m. on weekends, it shortens one course for Footgolf. Afterwards, recover with a golfer’s spa package at the resort’s 26,000-square foot LeMonds Aveda Salon. The Wigwam’s 440-acre property lies within a 10-minute drive of the Spring Training sites of the Indians, Reds, Dodgers and White Sox. wigwamarizona.com 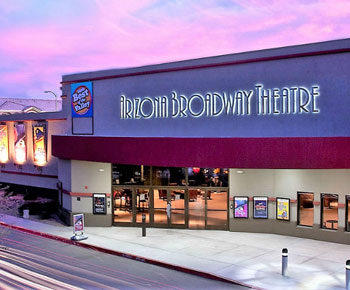 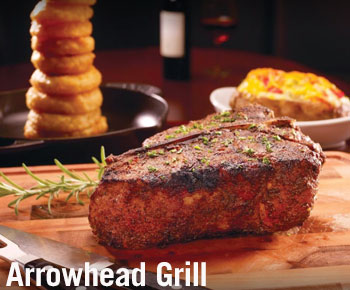 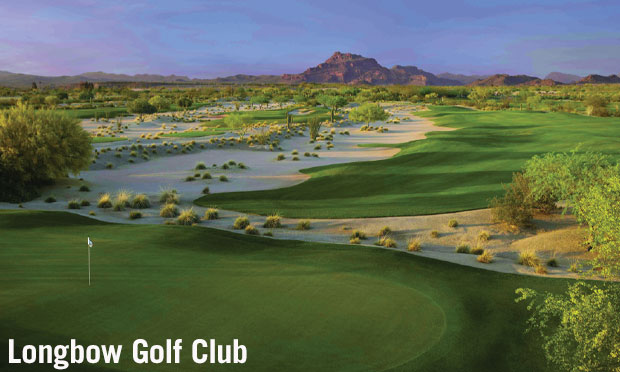 Located in Mesa, just minutes from Phoenix Sky Harbor Airport and Old Town Scottsdale, the Ken Kavanaugh-designed Longbow Golf Club ranks as one of Arizona’s top courses—especially among the Cubs and Athletics fans who fill the tee sheets each spring. The superb 7,050-yard, par-71 layout opens with a monster par 5 that tips out at 626 yards, and closes with a 556-yard three-shotter. You can surf all 18 holes on a Golfboard for $25, and cool off with the misters that keep things chill on The Grille’s patio. longbowgolf.com 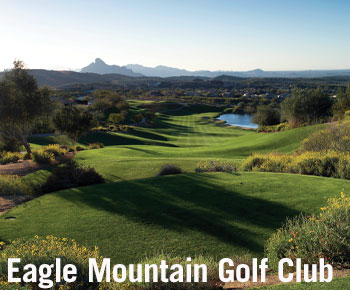 A superb layout, exquisite views and fab fare make Fountain Hills’ Eagle Mountain Golf Club a true delight. Also, stay at the 37-suite Inn at Eagle Mountain until March 31 and get 25% off the rate and $20 per day for breakfast at the golf clubhouse. eaglemtn.com | innateaglemountain.com 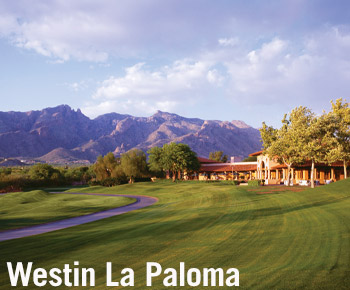 For the first 18 years of their existence, the Colorado Rockies and their fans would head each spring to Tucson, where the team played at Hi Corbett Field and the faithful could go tee off practically next door at the municipal Randolph Park or 17 miles up the road at Omni Tucson National—both of which had hosted the PGA TOUR’s Tucson Open. They also frequented the 27-hole resort facilities at JW Marriott Starr Pass and Westin La Paloma.

Although the Rockies may now train 125 miles north, those stellar Tucson courses, as well as the ones at Sewailo and Ventana Canyon remain less than a two-hour drive—and a world away—on I-10. visittucson.org/golf 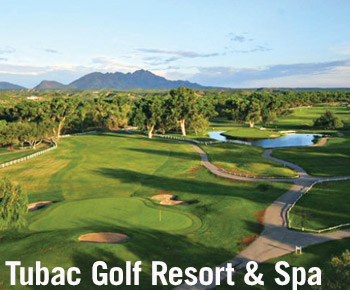 Discover the best-kept secret in Southern Arizona 45 minutes from Tucson. Located on the site of a historic Spanish Colonial
ranch, Tubac Golf Resort & Spa sports 98 distinctive luxurious suites and guest rooms, 27 holes of golf, a world-class spa and restaurant, and the distinction of having some of the best scenes from Tin Cup filmed on property. tubacgolfresort.com 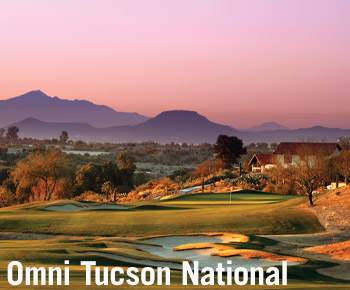 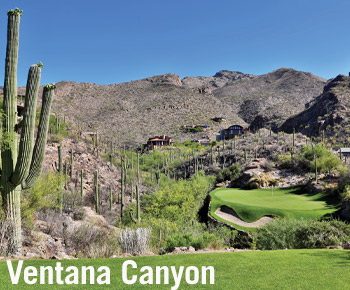 The oft-photographed par-3 third on the Tom Fazio-designed Mountain Course is just one of many pieces of eye-candy at the plush Lodge at Ventana Canyon. The 35 other holes, 50 suites and spa are very sweet, too. thelodgeatventanacanyon.com 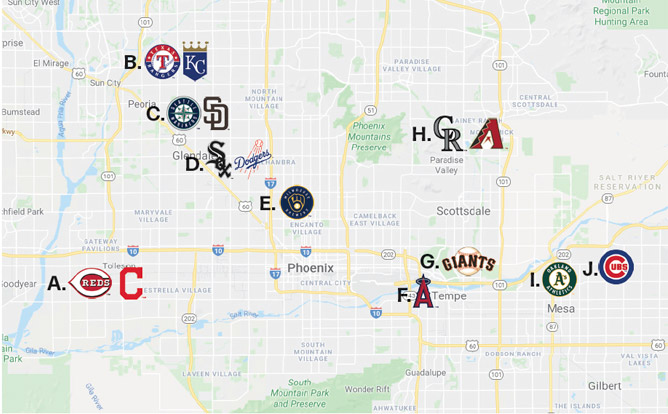 Come Spring Training, baseballs and golf balls fly all over the Valley of the Sun. This map and key reference the courses* near each Cactus League stadium. No ballpark lies more than an hour’s drive from another; nor do most courses from most stadiums.

This 2020 Spring Training Guide was also featured in the Spring 2020 issue of Colorado AvidGolfer.