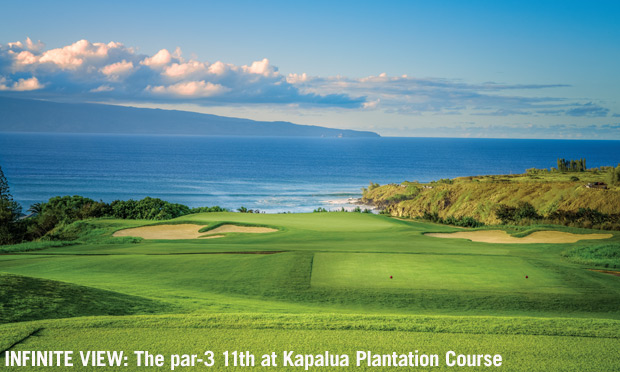 Time takes its toll on everything. Cars need tune-ups. Houses need repainting. Bodies need surgery. And golf courses eventually need refining. Not brand new holes or routing changes, necessarily. More like a few tweaks to get a layout to where it wants to be—or used to be, in the case of The Plantation Course at Kapalua in Hawai‘i.

Host of the PGA TOUR’s Sentry Tournament of Champions each January (Justin Thomas won the 2020 edition) for the past two decades, the course is known equally for its jaw-dropping Pacific Ocean views as it is for strategic challenge. But over time, greens had shrunk, bunkers became a bit tired-looking and the course was simply not playing as originally intended.

Reenter architects Bill Coore and Ben Crenshaw, who crafted the layout in 1991 on a former pineapple plantation. Along with multiple members of the original construction crew, the pair returned to Maui last year to address a number of issues during a nine-month project.

“Certainly one of our goals was to try to recapture the original playing characteristics of the course so that, as Ben says, you can use the ground to your advantage,” said Coore. “It can be for the resort players using the slope and the ground to feed balls to the green, and yet for the best players in the world it creates perhaps an element of doubt, or certainly decision-making, that perhaps makes it a little more difficult for them.”

Changing that ground, or at least what covered it, was the first priority for Coore and Crenshaw. All turf was ripped out and replaced with a new grass (Celebration Bermuda, to be specific) that will help create firmer conditions over time.

“In the beginning the ball rolled so far that the resort player could hit short shots that went a long ways,” said Coore. “You would just watch the absolute joy and amazement when not particularly strong players would land balls 50 yards short of the green and watch it roll on. The most skillful players in the world would fly the ball to the green, but that wasn’t always the best decision. Through the years the course was getting longer and harder for resort players and easier for the best players who had the strength and skill to play more of an aerial type game. We’re just hoping to see it reverse itself back to the original.”

You would have to be a dedicated course architecture buff, or frequent visitor to the course (lucky you), to notice the bulk of the remaining work, which included replacing all bunkers and rebuilding every green, some of which were expanded to create more hole locations.

“There was a little bit of calming in the greens,” Crenshaw said. “I’ll admit that some of them were just a little too slopey, so it was a chance to just calm them down a little but still have a lot of life in them. In the case of No. 10 and No. 13, maybe those will be the most demonstrative changes, but they were two of the slopeiest greens. We tried to break them up with some contours. Now they’ll be more playable in the wind but still have a lot of interest, too.”

The Plantation Course is a tough haul for mid- and high-handicappers, even without any wind. There are blind tee shots on the fourth, sixth and 12th holes, and carries over deep gulches are required on the first, eighth, ninth and 15th holes. That’s all for $359 ($329 for resort guests) during the peak season of December through March. But then there are the unforgettable views, especially from the tee on the par 3 11th, and the sheer fun of playing the downhill 17th and 18th holes. And playing where the pros play is always a cool experience, even one as massive in scope as this one. 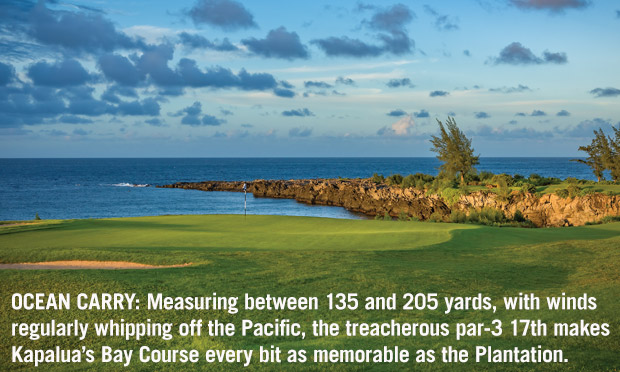 “It was a daunting task to try to figure out how to put a golf course on that property with the elevation changes and the long sweeps of ground intersected by the canyons and the elements of the wind and slope,” said Coore. “But as Ben has said, it turned out to be a golf course on a grand scale, which is an understatement. We felt like the holes needed to be that big to accommodate the slope, the wind and how we knew the ball would react once it hit the ground.”

Changes off the course include a revitalized golf shop and new restaurant in the clubhouse. A short shuttle ride away from the course delivers resort accommodations such as the elegant Ritz-Carlton Kapalua (Banyan Tree is the signature restaurant, but don’t miss the superb milkshakes at the oceanfront Burger Shack) and the more secluded Montage Resort at Kapalua, where luxurious multi-bedroom dwellings provide a home-away-from-home vibe.

The Plantation is not the only layout worth playing on Maui, or even in its own neighborhood. The Arnold Palmer-designed Bay Course, located next to and across the street from the Ritz-Carlton Kapalua, underwent a hole sequencing change last year that smartly placed the two best holes—a downhill dogleg left par 4 with a green jutting out onto the rocky shoreline, and a par 3 where your tee shot (hopefully) carries over the ocean waves far below–in the 16th and 17th hole slots. Conditioning is definitely a step below The Plantation Course, but the vibe is even more laid-back and the layout is far less testing. With the updated hole configuration, the Bay Course clubhouse was shifted to a new location in an existing structure adjacent to the Kapalua Golf Academy.

On the southwest end of the island, Wailea Golf Club’s three courses serve up classic resort golf manageable for most levels of golfer. Sweeping ocean views from many holes add to the allure of the Emerald, Gold and Blue layouts. Check out the 3-Day Unlimited Golf pass available from December through April for the Emerald and Gold (which share a clubhouse that is home to the must-eat-at Gannon’s Restaurant) for an appealing deal. Royal Ka’anapali, just south of Kapalua, is another worthy option. 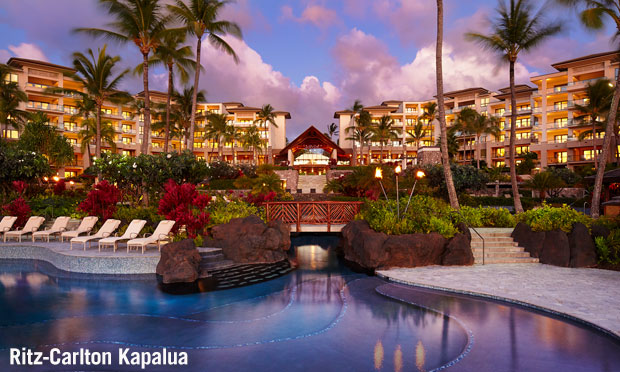 Still, The Plantation course reigns supreme on Maui. Mark Rolfing, the NBC Sports golf commentator who moved to the island more than 40 years ago and has been involved with Kapalua since it opened, puts it all in perspective.

“The Hawaiian Open (started in 1965 and now known as the Sony Open) was really the symbol of golf in the state and the most famous course by far was Waialae Country Club (on Oahu), yet nobody could play it because it was private,” he said. “The Plantation Course was kind of a signal that there is a lot of great golf around the neighbor islands, and golf worthy of having the best players in the world. It’s also really a story of the way these islands have changed. This was a pineapple plantation, and as the world has changed, so has this place. The metamorphosis has been great.”

Tom Mackin is an Arizona-based golf and travel writer.