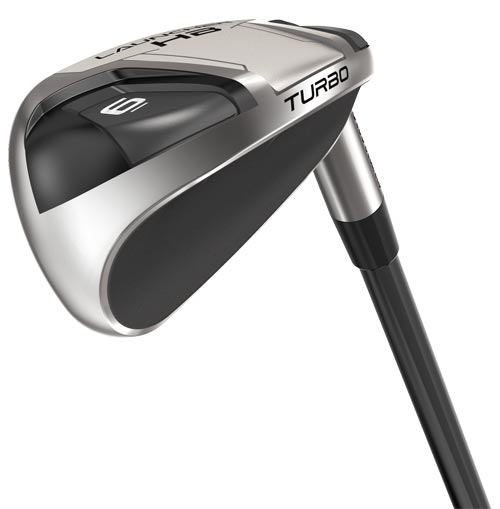 Cleveland’s new Launcher HB Turbo irons are built to get the ball in the air quickly and easily. For those whose handicap is north of 18, they could make the game a lot more fun.

It’s been a few years since it became clear how stablemates Srixon, Cleveland, and XXIO were going to distinguish themselves from each other. Srixon eased into its role as the professional-grade outfitter, making equipment for some of the best players in the world and low handicappers. XXIO is the premium, high-end boutique merchandiser. Cleveland, after a brief period as a wedge-maker and short game specialist, branched out into game-improvement clubs targeted at higher-handicappers. 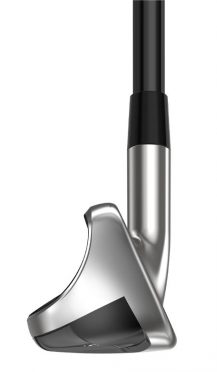 In September, 2017, the Huntington Beach, CA-based company introduced the Launcher HB irons. The unconventional appearance of the irons might have made people wary at first. But, their performance soon convinced casual golfers who are more concerned with getting the ball in the air and having fun than shooting PBs that these were in fact the way to go.

The original Launcher irons have sold extremely well–just as well in their second year as their first. But the major manufacturers are beholden to their clubs’ two-year life cycles. So, Cleveland attempted to make what improvements it could.

“These irons allow game-improvement players the ability to get the ball into the air more effectively than any iron on the market,” he says. “Now with a thinner, hotter face, the Launcher HB Turbo Irons give you a half club more distance over the previous generation.”

But how? Even though the Turbo’s face is made with the same HT1770M steel as its predecessor, the new face is 5% thinner. They decreased the face thickness, altered the shape and dimensions of each hollow-bodied club and reduced the width of the top-line. Ultimately, these changes enabled Cleveland to add a little weight to the wide sole (blade lengths shorten and the top lines narrow as you move from the long-irons to the more compact short-irons) which, together with the concave crown pushing the Center of Gravity (CG) lower and further back in the head, created an exceptionally user-friendly club.

For the Recreational Player

The Turbo produces far too much elevation and spin and offers too little workability for the better golfer. But, for the recreational player who just wants to get the ball in the air, this club’s characteristics are ideal. Plus, the internal stabilizing ribs built into the hollow body are designed to help you hit the ball more consistently. Oh, and they help you find your target more often.