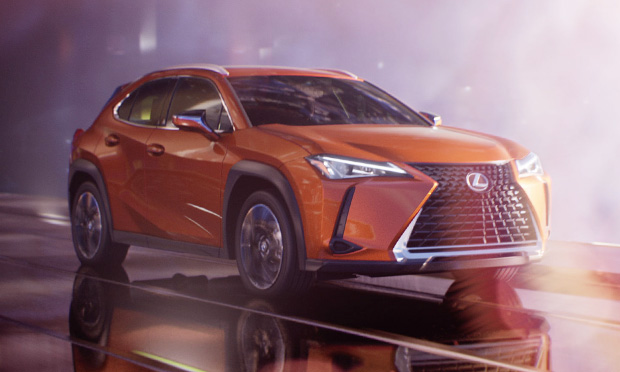 I’ll admit it up front: I wasn’t looking forward at all to Lexus’ new entry-level crossover, the UX250h AWD. But, I’ve been pleasantly surprised. 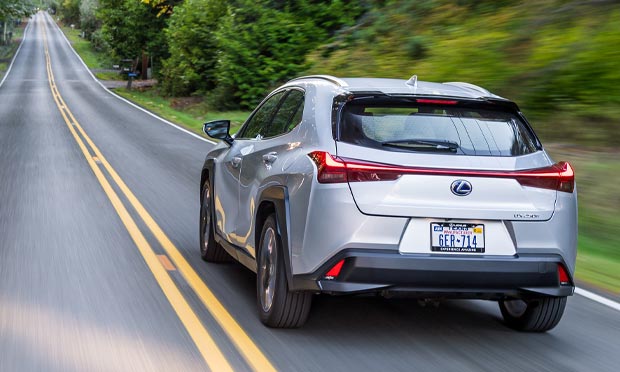 The 2019 Lexus UX250h AWD’s styling struck me as oddly proportioned and neither available powertrain—a 169hp four shared with the Toyota Corolla nor a 181hp battery/electric system combined with a small motor to provide AWD up to 45mph—seemed compelling. But during my time with the UX250h I came to appreciate its many compelling virtues. Amongst these are a really nicely trimmed out, adventurously designed interior. Soft-touch materials abound and it feels very well screwed together. Compared to the craptastic garbage the domestic companies try to foist off on shoppers in this price bracket, it’s a revelation. The seats are very supportive, and though they aren’t covered in real hide, Lexus’ imitation stuff is actually more pleasant to the touch than the actual cow skin in many rivals. Back seat room and a 17 cubic foot cargo capacity are paltry compared to competitors like the BMW X1 and Volvo XC40, however. 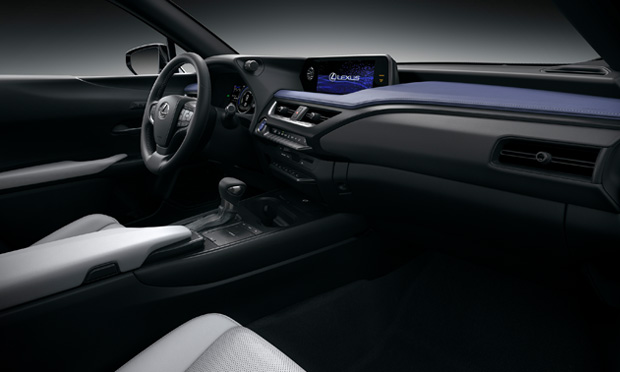 The UX250h has a decent amount of standard equipment, including many of the most essential and useful driver aids like autonomous emergency braking and adaptive cruise control. The 10.3in infotainment screen is still interacted with via a touch pad—bad—but there is Apple and Android integration—good—and Amazon Alexa compatibility as well.

Build on the brilliant TNGA platform, the UX250h is actually a fun urban runabout, with quick, incisive steering, excellent body control, good damping and a smooth, quiet ride. It feels quick up till about 40mph, too, with the boost from the electric motors keeping the engine from sounding too put upon. But at higher speeds its lack of a turbo is obvious, and its acceleration is well off the competition. The hybrid drivetrain does allow the Lexus to get excellent real-world economy—above 30mpg in almost any type of use—something that basically no competitor car currently can match. 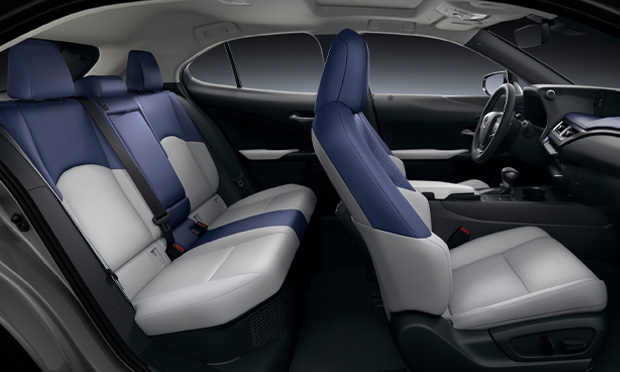 The UX250h’s willfully funky look was a grower, too and I delighted in the fresh interpretation of where to place some controls, including hidden little wheels for the volume and other media functions, which are located on the leading edge of the center arm rest. For those who seek frugality, reliability and an excellent brand experience and who won’t venture into the high country on a regular basis, the Lexus might make a lot of sense.