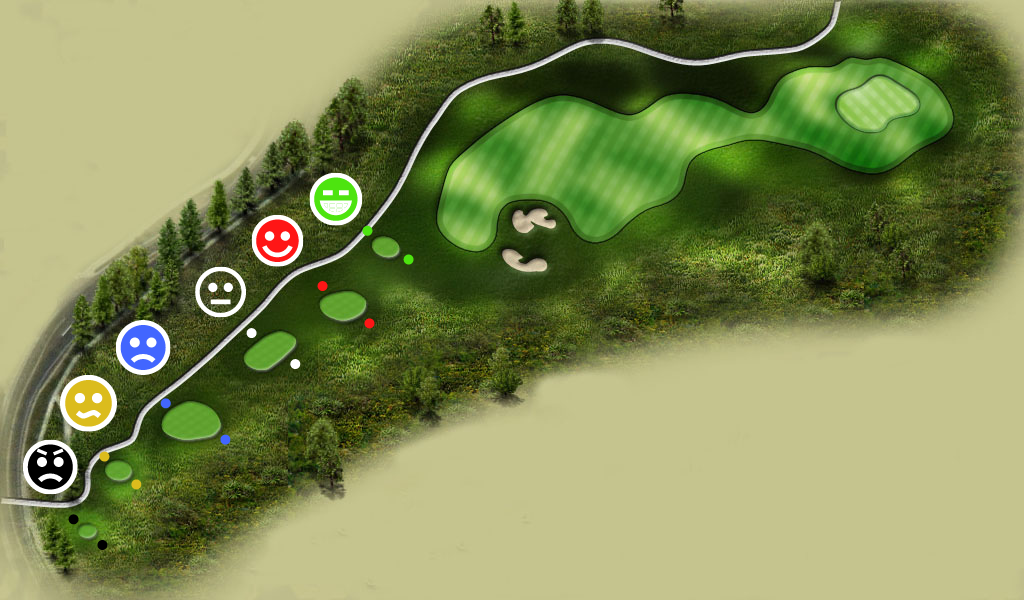 “I paid to play the whole course.”

“I want to play from the tees that the pros do.”

“At this altitude, I have to play the tips.”

We’ve all heard some version of the above. They come from guys who have handicaps higher than their IQs but insist on beginning every hole from the furthest point from the flag.

They’re the same knuckleheads who, on the rare occasion that they can find their tee shots, will announce they “didn’t come all the way here to lay up” before dunking a sleeve of ProVs into the pond on a 230-yard approach into a par 4—a shot that would have been 40 less-risky yards shorter had the one preceding it come from markers that were blue or white instead of black or gold.

Before he exhausts his entire ball supply, you’ll be doing yourself—and the groups stacking up behind you while he launches into yet another search into the great unmown—a big favor if you suggest he move up a tee or two.

If he first doesn’t introduce his driver’s head to yours (don’t worry, he probably won’t make very good contact), he’ll find himself enjoying the game a lot more.

The USGA and PGA of America have preached “Play It Forward” for a decade, leading to an increase in forward teeing options. These, in turn have apparently generated more rounds, less wear and tear on the teeing areas and happier golfers.

The most recent Golf Facility Market Trend Watch report, commissioned by the American Society of Golf Course Architects, confirms that 73.5 percent golfers who “played it forward” increased their satisfaction and enjoyment of the game.

The reasons, as golf.com’s Alan Bastable astutely points out in his analysis of the study, are that most golfers overestimate the distance they hit the ball. Whether it’s pride, machismo or ignorance, those trips to the tournament tees—also known as “the testosterone tees”—are a fool’s errand.

So move up and move on to more enjoyment.