St. Andrews, Muirfield, Troon, Turnberry, Spyglass, Pinehurst, Augusta—what reads like a dream rota of championship golf is actually a scroll of devastation. These are the names of the streets on which stood 161 of the 1,084 homes destroyed in the Marshall fire of December 31, 2021. Another four suffered significant damage. 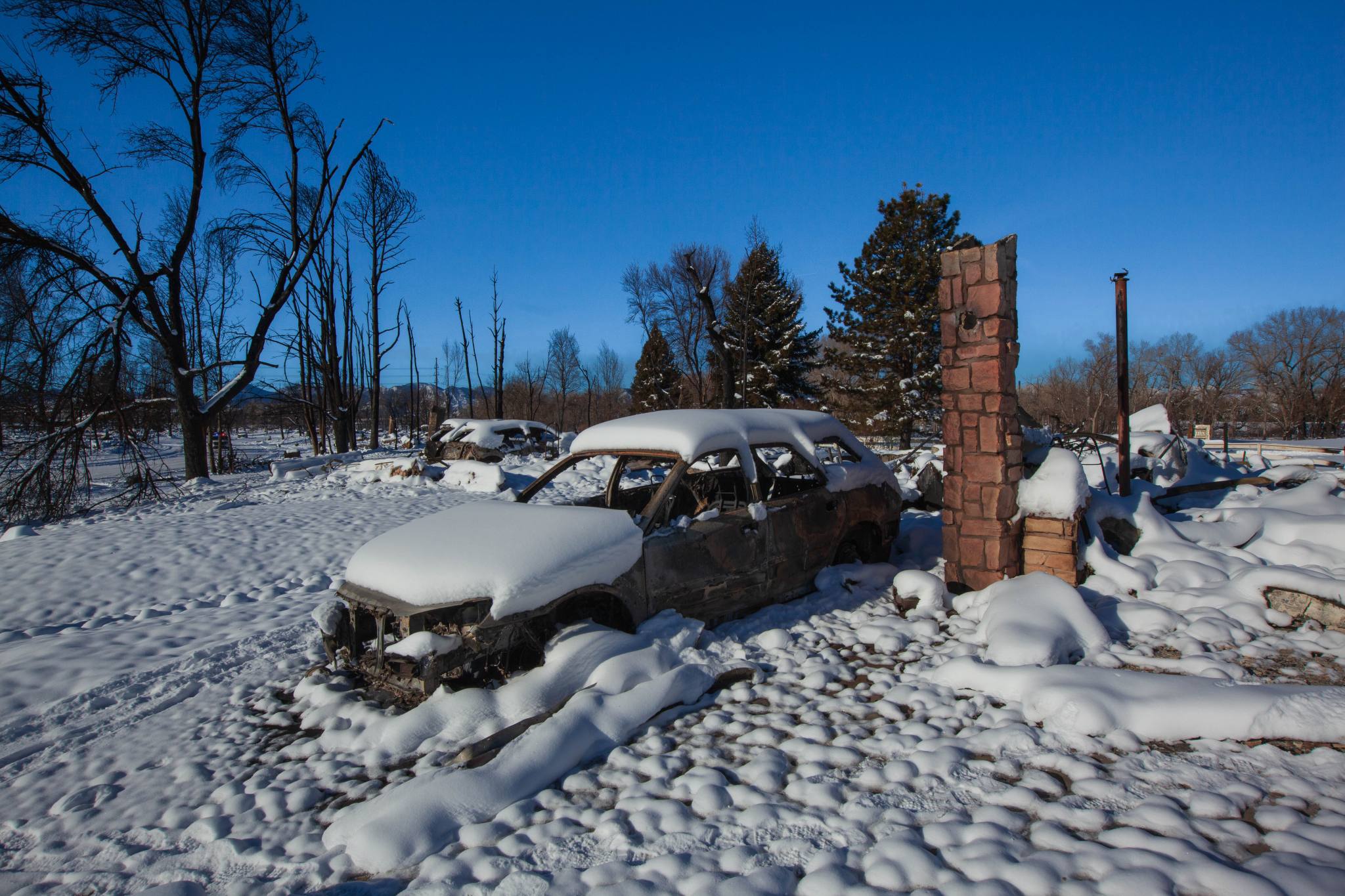 As the street names suggest, the homes all were all in a neighborhood adjacent to a golf course: Coal Creek Golf Course in Louisville. Somehow, only one home on Augusta Drive got damaged.

The neighborhood, Coal Creek Ranch, suffered catastrophic loss. Few structures along the course’s front nine survived; mercifully, all the people who made their memories in them did.

That side of the course is closed for the foreseeable future, according to Coal Creek’s PGA Professional David Baril.

“The front nine holes of the golf course sustained minor fire damage including the back two tee boxes on hole three, the US 36 berm on the west side of hole three and the creek banks left of holes four and five and to the left of the sixth tee,” he wrote in a Facebook post.

“Over 150 trees suffered burn damage on holes 1-6 and work has begun on removing the smaller trees identified by Boulder County officials as potentially dangerous from falling.”

Eight years ago, Coal Creek Golf Course took the brunt of the Great Colorado Flood, resulting in damage to the course so severe that it closed for nearly two years. During that time, it underwent a complete redesign by Kevin Norby that would mitigate the impact of another massive flood event.

On December 31, nothing but fickle wind patterns mitigated the impact of the fire on the course. In comparison to 2013, Coal Creek Golf  Course emerged relatively unscathed. The back nine suffered no fire damage. Nor did its restaurant and  clubhouse.

Sadly, the thousands of neighbors who can no longer go home were not nearly as fortunate.

Click here to find out how to help victims of the Marshall Fire.

(Note: Three days after the fire, CAG photographer Chris Wheeler, who lives in the nearby Old Town section of Louisville, took the above photographs of Coal Creek and the neighborhood surrounding it. Wheeler has opened his home to friends who lost theirs in Coal Creek Ranch. He snapped he shot, below, of his son Robby at Omni Interlocken minutes after the fire started. )