Snow Day!! Can We X-C Ski on Golf Courses? 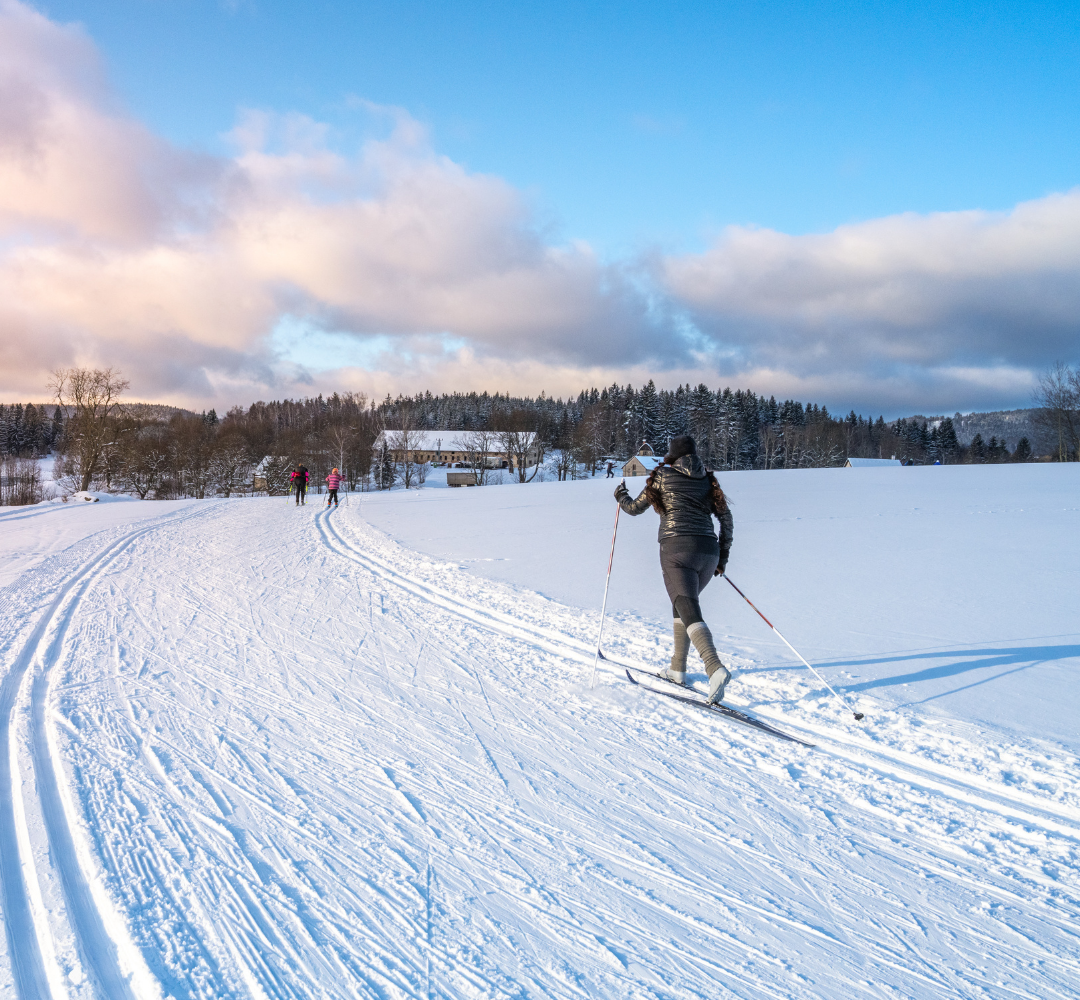 The answers are all over the map.

As a kid in Long Island, I spent many a snow day sneaking on Fresh Meadow Country Club with friends and hurtling down the fairways on our Flexible Flyers.

On winter breaks from college, I had no idea the A.W. Tillinghast course known as Bethpage Black would be good enough to one day host two U.S. Opens, a PGA Championship and a Ryder Cup. I just thought it was a great place to go cross-country skiing, which I did a few times while home from college in the early 1980s.

Living in Colorado for the last 23 years, I’ve heard people reminisce about sledding at Willis Case Golf Course, but I’ve occasionally seen sledders and cross-country skiers there getting warned off by rangers.

They are, but according to an article in Monday’s Denverite, Denver Golf policy keeps snow-sport enthusiasts off the courses because snowshoeing and cross-country skiing pack down the snow. It melts slower, potentially preventing golf courses from opening on golf-worthy winter days and thus depriving the course of revenue.

On the other hand, mountain courses—like Vail Golf Club. the River Course at Keystone and The Club at Cordillera—usually close between November and April. Both of those courses have clubhouses that double as a Nordic Centers.

This protects the turf.  Even in the mountains, heavily trafficked areas pack down the snow, and late winter-early spring thaw-freeze cycle can result in winterkill, one of a superintendent’s biggest headaches.

On the Front Range, it’s a bit different. “We haven’t had enough snow over the last few years to really consider it,” Daniel Kane, the PGA general manager of The Ridge at Castle Pines North in Castle Rock says. 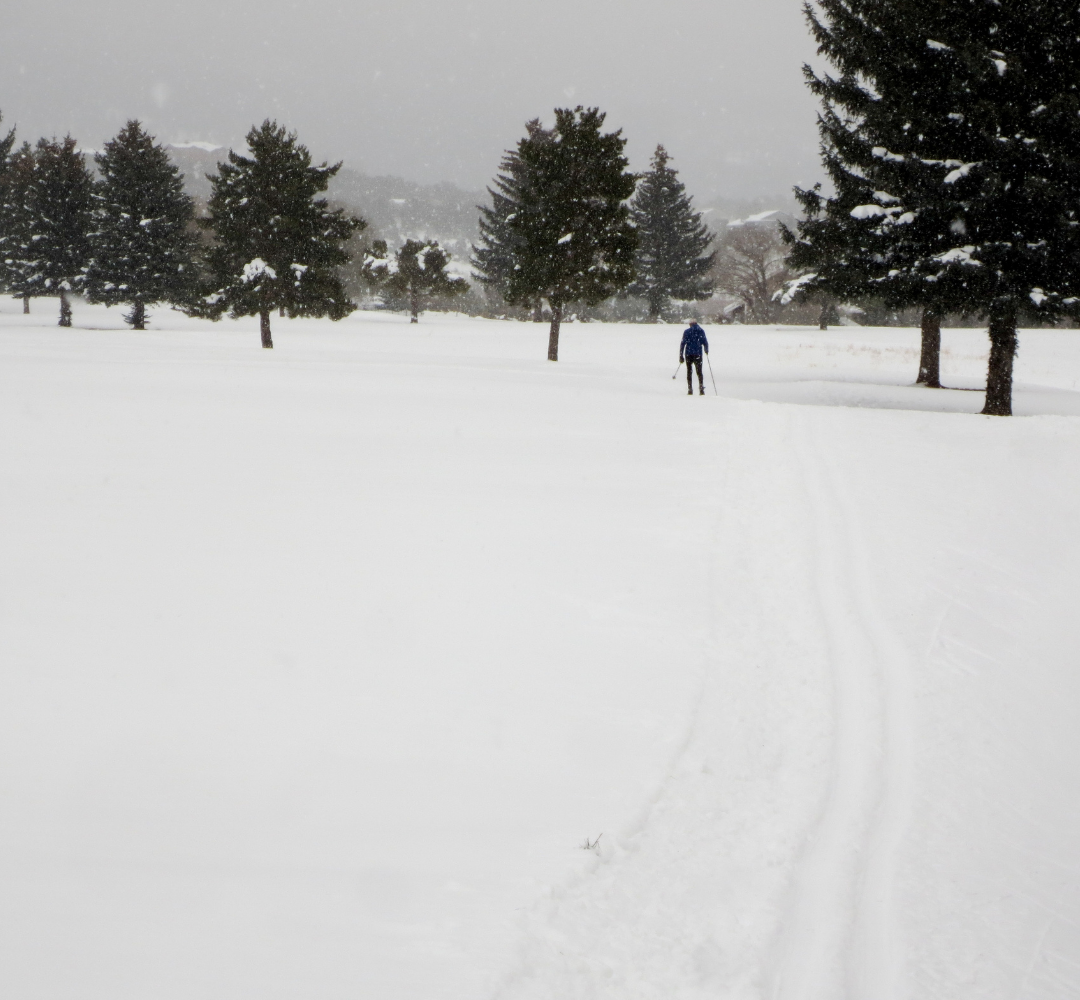 “You need to have good snowpack, like they do up at Steamboat at Rollingstone Ranch Golf Club,” he continues, citing a course managed by the same company, Troon, that also manages The Ridge.

“They give cross-country skiing lessons there as well.”

“I lobbied hard for it initially,” says Sheri Jensen, who has handled real estate and marketing for the club since its inception in 2007. “But it became too hard to keep people on the trails and off the greens. We had to protect the course. Because of our course’s ‘Engh-ness’ there are some designated sledding hills—saucers and tires only—but we had to stake off the greens.”

Columbine Country Club, does not allow cross-country skiing or other non-golf activities on the course in winter. On the other hand, Denver Country Club, which boasts a winter-sports tradition of ice skating and hockey and heated platform tennis, has a designated cross-country ski trail for members that avoids the greens and teeing areas.

Ultimately, when it snows, before heading to a Front Range golf course with your freshly waxed Nordic skis, check the course’s policy. Better yet, traverse a park or designated open space or drive up to a mountain golf course.