It has happened before. We feature a product and the same manufacturer is back in the news the following week, or soon after at least. In mid-March, we featured the TRUE Linkswear Knit #MSStrong shoe, partly because the Knit was the company’s most comfortable, and best-selling, model but also because TRUE was donating $30 from every sale to the MS Society.

On Tuesday, the company announced the addition of a new model to the TRUE Major line of shoes that first appeared in February.
TRUE describes the Major as its first ever Tour shoe. “We’ve been working with a Player Advisory Board, led by Ryan Moore, for some time now and the Major is the result of that,” says Jeremy Moore, Ryan’s brother and the company’s President. “We wanted to bring a design to market that was inspired by those that play the game at the highest level.”

Comfort has been TRUE’s highest priority since day one, ten years ago, and though that remains…er, true…with the Major, the shoe has a few other features that confirm it was the only concern. 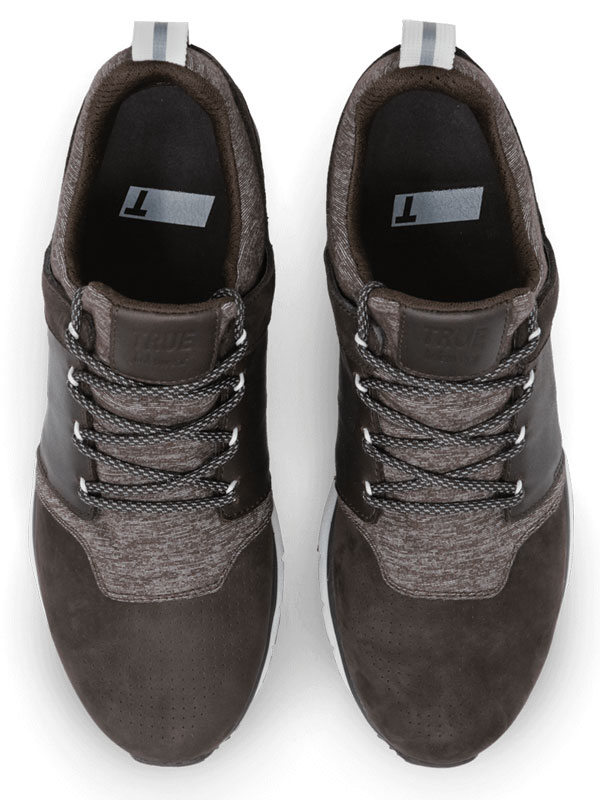 The successor to the Outsider which was released toward the end of 2017, the Major has premium waterproof, full-grain leather uppers with Nubuck suede covering the area just behind the toe and known as the ‘Instant Flex Zone’. The construction of this zone ensures flex in the shoe and what TRUE calls ‘dynamic movement’.

A newly-designed lacing system – Paracord – gives the shoe the look of a rugged, hiker’s shoe almost, and the ‘Forever Cushion’ inserts give just the right amount of cushion and bounce without making you feel too far from the ground.

Perhaps the most impressive feature, however, is the level of waterproofing secured by a rigorous 80,000-step test (the industry standard is 40,000-50,000) which enables TRUE to give the Major a two-year waterproof guarantee.

“The Major is designed and built to stand up to any weather,” says Moore. “It has our toughest-ever waterproof leather, and will last longer than any shoe in our history, yet feel like your favorite sneaker straight out of the box.”

Another cool feature is the Tour Issue Shoe Bag. In effort to create less waste, and re-use packaging, the Major is delivered in a weatherproof shoe bag which can also be used as a shag bag, locker bag, dopp kit, lunch bag, etc.

“Some may think we’re crazy for replacing the Outsider which received a nearly five-star rating over its lifespan,” says Moore. “But we found ways to improve it. The Major is our highest-performing shoe built with extreme attention to detail. It will help you enjoy the walk for many years to come.” 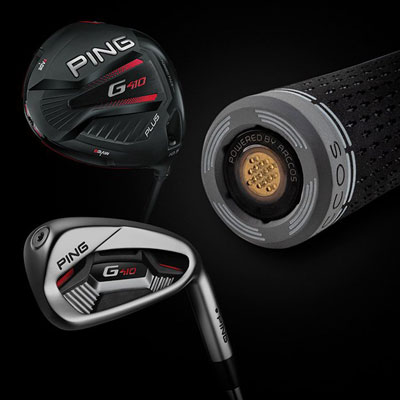 Three years after Cobra became the first manufacturer to offer stat-tracking technology in its clubs, Ping has decided to join them, announcing a partnership with Arccos last month that will see all Ping clubs offer Smart Grip and Smart Sensor technology through the company’s custom-order process. Golf Pride will supply the Arccos Smart Grip (360 Tour Velvet white) that features an embedded sensor which, together with the Arccos Caddie app, lets you keep track of various performance stats and yardages, and provides club recommendations.

Golfers will need to purchase Smart Grips or Smart Sensors for the entire set and will receive a free 90-day trial of the app, after which a one-year subscription can be purchased for $100.

Smart Grips, Smart Sensors, and the Smart Sensor Putter, designed specifically for Ping Putters, are all priced at $10.50 each.

The Country Club at Castle Pines just south of Denver has approved a $17.1 million

Some of GOLFTEC’s top coaches share quick tips that can help any golfer.

At Omni Tucson National Resort, you don’t have to choose between business and pleasure.

Sue Payton Has the Honors