The Walker Trolley Is a Walk-Off Home Run 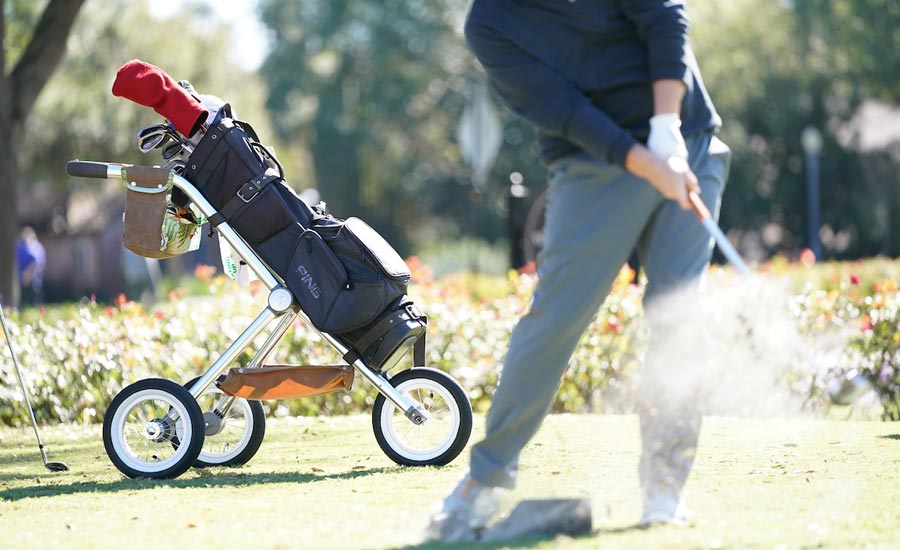 There aren’t many push/pull carts as handsome and capable as the new Walker Trolley.

Brad Payne visited Scotland for the first time in 2018. Like a lot of first-timers, the avid golfer fell for the sandy links courses almost immediately, and was taken by the timelessness of it all. “I just loved everything about it,” he recalls.

A former mergers and acquisitions specialist on Wall St., Payne moved to San Francisco in 2015 to work in digital advertising for Apple, and joined the men’s club at Presidio GC where he played regular Saturday morning games with fellow members who preferred to push or pull carts rather than ride in them. The members were permitted to store their carts in the clubhouse and anyone was allowed to use one that wasn’t being used. “So I got to see an awful lot of trolleys during the four years we lived in San Francisco,” says Payne.

In Scotland, it struck him that the push/pull carts he had seen just weren’t that special, and in no way reflected the traditions of the game. “I thought they were all chasing the same idea – to create the smallest folding trolley possible at the cheapest possible price to sell in big box retail stores.” He was convinced there was an opportunity to develop a brand around walking golf and create a product that somehow embodied the game’s history. 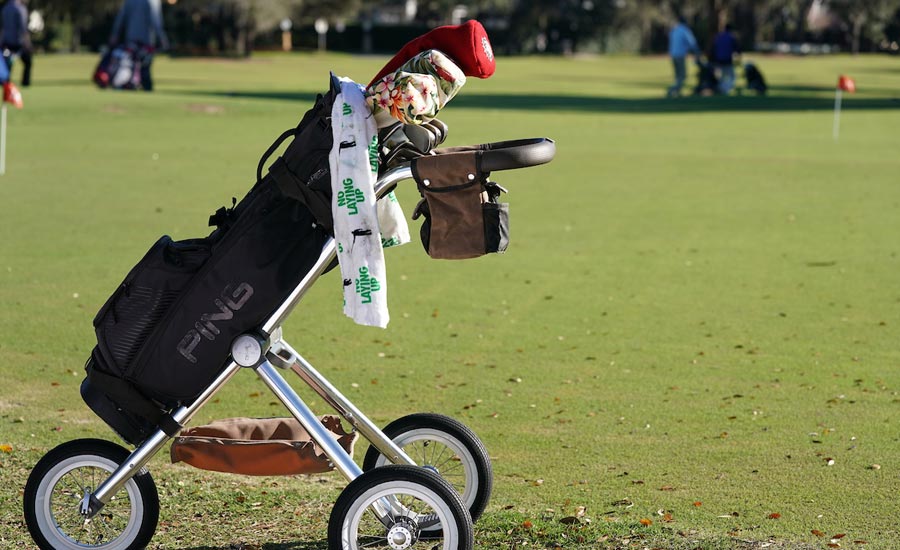 At a July 4th barbecue last year, Payne began brainstorming ideas with his brother-in-law, an industrial designer with experience in the high-end stroller industry. A big fan of boutique brands like Seamus Golf, Jones Golf Bags, and Mackenzie Golf Bags, Payne envisaged a cool but traditional-looking push cart made with quality materials and sold directly through the company’s web site. And instead of calling the product a cart, it would be a trolley. “That’s what they’re called in Scotland, so that’s what we call them,” he says.

At the end of last year, Payne, having moved to Austin, TX a few months before, launched a Kickstarter campaign to raise the initial capital for his company, which he called Walker Trolleys, and partnered with a global manufacturer of juvenile products. In January of this year, Walker Trolleys debuted at the PGA Merchandise Show in Orlando and was identified as one of the most exciting products of the year by the independent equipment review site mygolfspy.com which listed Walker Trolleys among the winners of its ’59 Awards’.

The Walker Trolley Cape Model weighs in at 19lbs and features an easily foldable aluminum frame, wheels with white sidewall tires, a carryall pocket made of waxed canvas attached to the leather handle, and a lower storage area capable of holding a small cooler. The Cape folds down on two axes thanks to the patent-pending central hub, and stores easily in most car/SUV trunks.

Manufacture of the Walker Trolley has been delayed by the Coronavirus, but Payne hopes production will begin in May and shipping in June by which time the golf season will have begun hopefully.

The company founder already has a few ideas for additional designs. “Yes, we have some plans for the future,” he says, “But, for now, we’re focused on listening to our customers and getting the initial product out to golfers who have pre-ordered.”