The Japanese manufacturer has done it again. The new MP-20 line is typically attractive.

In 1988, Mizuno introduced a blade iron that may not have reached legendary status quite, but certainly did earn a cult following and continues to influence blade design today. The TN87 was named after Japanese player Tsuneyuki (Tommy) Nakajima, a Mizuno staffer and, at the time, the country’s best player who won 48 times on the Japan Tour and recorded six top-ten finishes at the majors, but who is probably best-remembered for putting into the Road Hole Bunker during the third round of the 1978 Open Championship and taking four hapless swipes to get out.

The TN87 was, in a word, beautiful, though to use several more and really give it its due, it was elegant, stylish, refined, distinguished and, thanks to a thin layer of copper under the surface chrome, felt great especially with the soft balata balls about at the time. 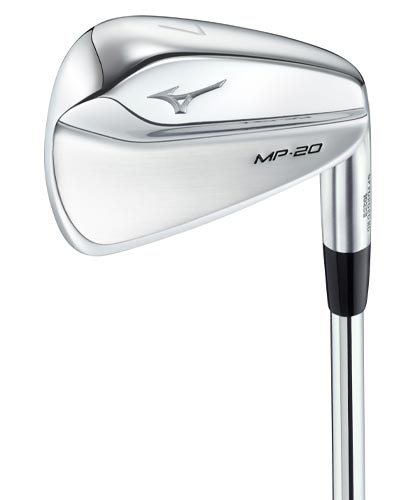 The Japanese sports equipment manufacturer, based in Osaka, last week announced it has created a family of clubs inspired by the TN87, that has the same copper layer beneath the chrome, and which will be available in September. We don’t normally write about new products three months before they’re released, preferring to save it for the week it actually hit the shops or becomes available online.

But this is different. This is a new Mizuno blade/muscleback whose arrival will be celebrated by gearheads only a notch less feverishly than Ireland rejoicing after Shane Lowery’s Open Championship win.

The head of the family is the classic MP-20, forged from a single billet of 1025E soft carbon-steel and designed with precious little offset and a thin top line – yes, mid-high-handicappers should perhaps disregard this paragraph and pick up further down the page. 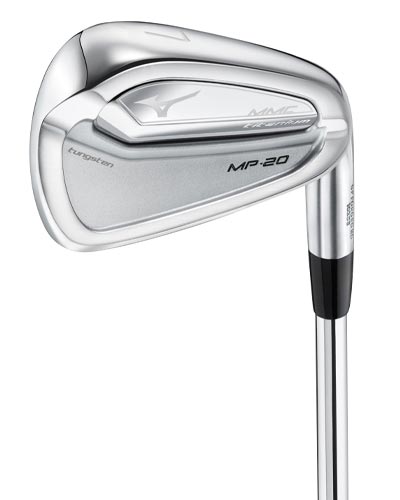 The only tolerance this stunner has for imperfect strikes is in the form of a new sole design and the position of the Center of Gravity (CG) – in the 3, 4, and 5-irons the CG remains low to help get the ball airborne, but it rises slightly in the 6, 7, and 8-irons, and further still in the 9-iron and Pitching Wedge to help lower trajectory slightly and improve control.

The copper is also present in the MP-20MMC (Multi-Material Construction) and the head is likewise forged from 1025E mild, carbon-steel. But there is also a piece of forged, super-heated titanium which holds in the center while the heavier, denser steel naturally migrates to the perimeter increasing the club’s Moment of Inertia (MoI) and thus making it more stable on off-center strikes.

The 4-7-irons have 12g of titanium in the center and 12 grams of tungsten in the toe which moves the ideal impact spot closer to the middle of the face. The 8-iron to PW have 10.5g. 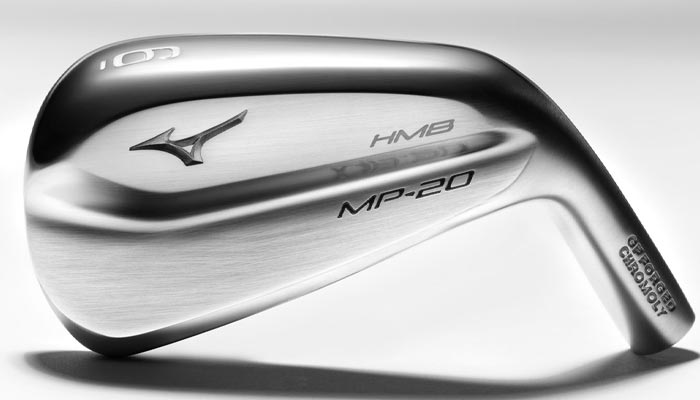 The MP-20HMB certainly resembles a muscleback but is in fact a hollow-body ‘performance hybrid inspired by the proliferation of long-iron replacements on Tour’. Built from an extremely strong steel alloy called Chromoly, a mix of chromium and molybdenum, the HMB has an ultra-thin face that flexes efficiently giving you extra distance, while 12g tungsten weights in the heel and toe of the 2-7 irons lower the CG and increase the MoI making them ideal for the mid-high handicapper (the 8-iron is hollow but has no internal weights, and the 9-iron and PW have a bottom chamber but are solid near the top.) The ubiquitous copper layer enhances feel.