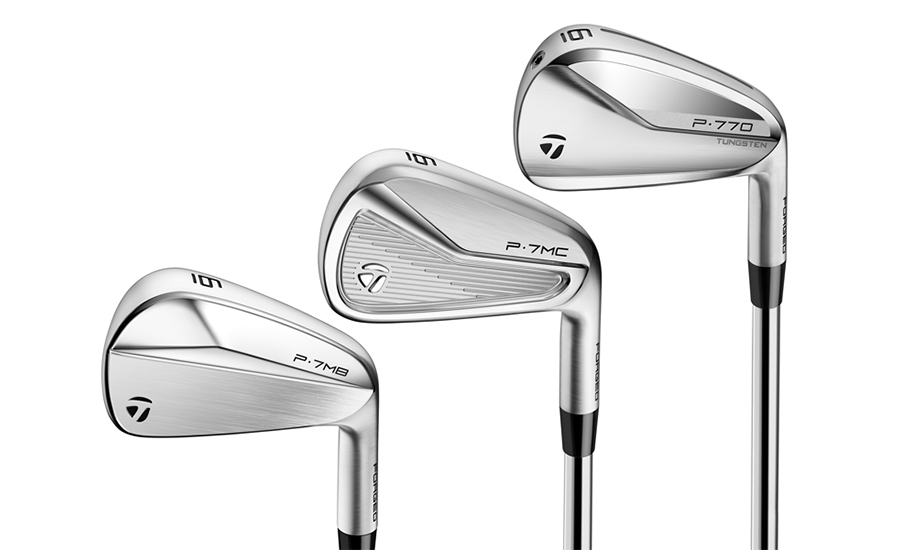 TaylorMade’s recent Tour success has kept it in the news, but last week’s launch of three beautiful new irons has put it front and center.

The return of the major OEMs to the golf equipment business following lockdown was slow and sporadic for the most part. That’s not altogether surprising, of course. Companies needed time to analyze what effect the forced lay-off might have on the amount of golf people played and their subsequent spending habits. It was a tricky time…heck, it still is.
A number saw the weeks after the shelter-in-place restrictions were lifted as a good time to launch wedges (something we covered recently), but not a great deal else. However, with many of the metrics used to show how golf is performing economically indicating the game had rebounded strongly (total number of rounds played across the US was up 14% in June compared to June 2019 – the equivalent of about 7.5m rounds – with forecasters saying that despite the effects of Covid-19 the total number played in 2020 might actually be greater than last year’s number), the beginning of August seemed like a good time to resume.

Since the start of the month, we’ve seen significant launches from Titleist which released limited edition black versions of its T100•S and T200 irons and also the Tour Speed golf ball, and Mizuno which weighed in with the release of four sets of irons—JPX 921 Tour, JPX 921 Forged, JPX 921 Hot Metal and Hot Metal Pro, as well as its ES21 Wedge.
Then there was TaylorMade. Starting last Friday, visitors to its website could pre-order the Carlsbad, CA company’s three additions to its P700 Series of better players’ irons – the P770, P7MB and P7MC. Ryan Lauder, Director of Consumer Engagement at the company, says the launch was actually planned for last week and that the lockdown didn’t really impact the schedule. “It’s pretty much business as usual,” he adds. “We’re bouncing back very nicely, especially with five Tour wins since the restart.”

An image of the three new irons together hints strongly at what TaylorMade’s top priority might have been when designing them. All three are clearly very attractive clubs, sporting the look of irons preferred by elite amateurs, college players, and professionals. The word ‘clean’ has been used to describe simple, elegant clubhead designs for many years, but it is employed

far too often these days, sometimes describing irons that would genuinely have been considered ugly not so long ago. These irons, though, are clean with a capital ‘C’.

But who should play which, and which one might be for you? Good question. TaylorMade really is pinpointing certain players with each of these clubs, and the gap in ability between three golfers who each buy one of the three sets might be pretty small.

The most popular of them will likely be the P770, the updated version of the original P770 which appeared three years ago. The new club offers significantly more technology and may well match the success of its slightly bigger stablemate, the P790 which has proven extremely popular since it first appeared in 2017. Like that club, the new P770’s hollow body is injected with lightweight urethane SpeedFoam to absorb vibrations and improve the sound and feel of impact. And, as with the P790, the clubhead is forged from 8620 soft carbon steel while the face is a thin 4140 steel which TaylorMade says generates impressive ball speeds.

Where the P770 and P790 differ is head size. The newer club has the more compact design and features progressive Inverted Cone Technology with each iron being uniquely designed to optimize its performance. Smaller heads might allow for greater workability, but they naturally have a smaller Moment of Inertia (MoI), and offer less forgiveness. TaylorMade addresses the issue by placing a tungsten weight low and toward the toe behind the SpeedFoam. A Thru-Slot Speed Pocket (the company’s most flexible ever) helps boost ball speeds when contact is made low on the face.

To stir a little intrigue around the P770’s release and its similarity to the P790, TaylorMade’s marketing invites the ‘Sibling rivalry to begin’. The new club surely won’t have the same broad appeal as its older, bigger stablemate as it’s probably a little too compact to appeal to mid-handicappers and above. Indeed, TaylorMade believes the average handicap of the golfer purchasing the P770 will be around five.

You’ll need to be a good deal better than a five though to succeed with the P7MB (MB stands for MuscleBack) which is meant for the very finest of ballstrikers with the most repeatable swings. That TaylorMade is offering a second blade alongside the P7TW might seem like overkill to many, but is largely explained by the fact the Tiger Woods-inspired club is available only as a set and can’t therefore be broken up to create a combo set with two or three blade short irons.

Like the P7TW, the P7MB is forged from soft 1025 carbon-steel, but the forging process is entirely new and, says TaylorMade, creates noticeably better feel and consistency. Compact Grain Forging uses a five-step procedure and a 2,000-ton forging press (two to three times more pressure than is common in the industry) to decrease the metal’s grain size and alter its microstructure which TaylorMade says improves the overall properties of the steel.

Built with input from TaylorMade’s stable of star players, specifically Dustin Johnson and Rory McIlroy (who has made the switch from P730, putting a full set of the new blade in the bag), the P7MB has a very thin topline, narrow sole, and minimal offset—a combination the genuinely elite player favors but which gives average golfers the fear. “This club was designed for the best ball-strikers in the world,” says Matt Bovee, part of TaylorMade’s irons Product Creation team, “players who demand surgical-like control.”

The head of the P7MC (Muscle Cavity) is likewise forged from 1025 carbon-steel using the Compact Grain Forging Process, and was modeled on its predecessor – the P750 which Jon Rahm (4-PW), Collin Morikawa (4, 5), and Matthew Wolff (4-PW) play. The compact heads and thin topline definitely make it a club for better players, but the cavity will make it more forgiving than the P7MB. “This club was designed to answer the needs of Tour players,” says Bovee. “It is the perfect combination of performance, feel, and shot-making with a hint of forgiveness.”

“Since launching the new P Series irons, the response from our retail partners and golfers getting fit for these irons through our experiential events has already exceeded our expectations. Even though the product doesn’t hit the market until early September, we’re already ramping up production to cope with the higher demand.” –Ryan Lauder, Director of Consumer Engagement