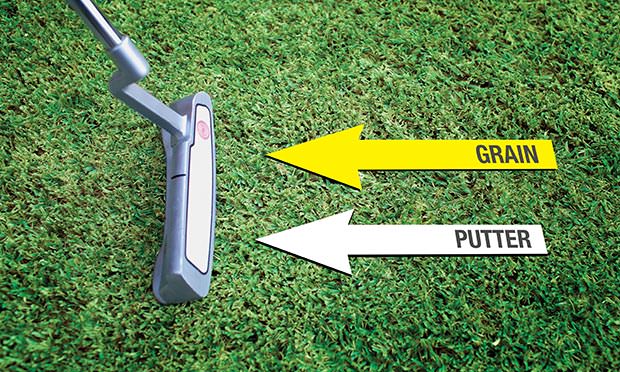 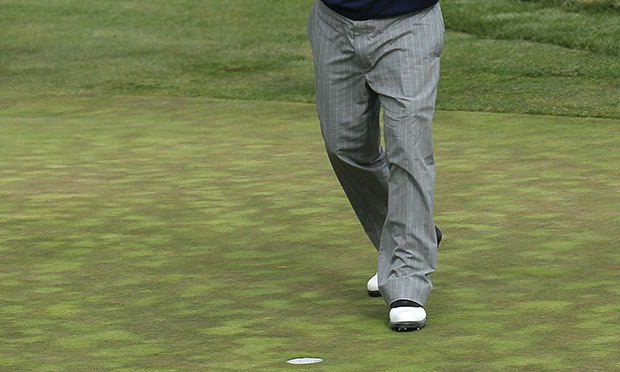 If you’re an avid Colorado golfer, chances are you’re as familiar with bentgrass as you are with your own carpet. You know how it reacts, know how it holds approaches, and the general speed and break from course-to-course. That’s all fine and good when playing at a mile high— but look outside, winter is here and that means golf travel! So, if you find yourself in warmer weather this winter, say in California or Arizona, we have a few tips to help you dominate the putting surface.

BONE UP ON BERMUDA

Whereas bentgrass carpets the greens on most Colorado courses, Bermuda grass blankets the majority of putting surfaces in warm-weather climates. “It’s more than an aesthetic difference,” says LPGA Professional Elena King of Denver. “Bermuda differs from bent chiefly in that thicker blades and the grain—the direction in which the grass grows—dramatically affects the speed and break of putts.” 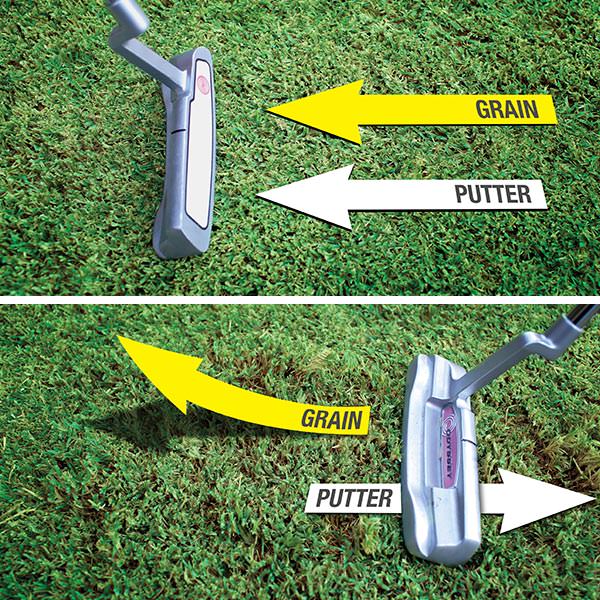 To determine the direction of the grain on Bermuda grass, King advises asking the following questions: 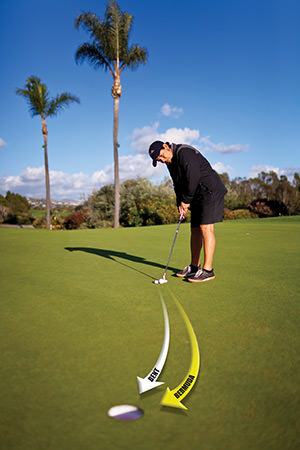 DON’T GET ROUGHED UP

“Everyone talks about Bermuda greens, but the rough takes even more getting used to,” explains Michael Ritter, the PGA general manager at Grand Elk Ranch & Club in Granby. “The ball nestles down, and Bermuda at rough-length looks like some jungle vine that will never let go of your ball. But the grass will not provide as much resistance as you’d expect. It will come between the clubface and the ball, so count on less spin than you would normally get. Play the ball slightly back in your stance, hit it with a descending blow like you would from Colorado rough and allow for more run than usual.”

The invasive bluegrass known as poa annua can cause smooth bentgrass greens to pill like a rayon sweater, causing putts to bump off-line. Yet putting surfaces up and down the West Coast—including Riviera and the Pebble Beach and Torrey Pines courses—are pure spongy poa, which tends to hold footprints and spike marks and rolls slower and bumpier later in the day as the grass grows quickly and unevenly. 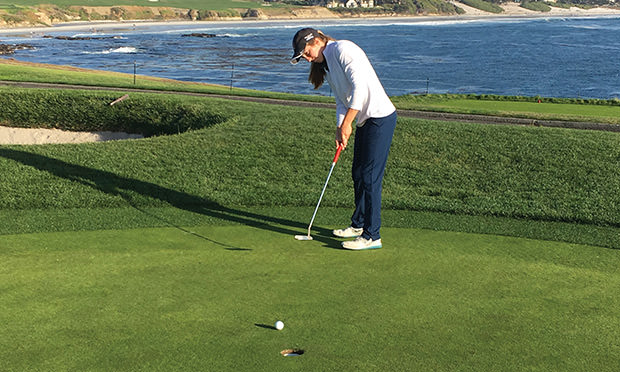 Play early in the day if possible. Even then, putting on poa requires an aggressive stroke to keep the ball on its intended line. “The best thing you can do is get the ball rolling over end over end,” says Mackenzie Cohen, an assistant professional at Pebble Beach Resorts, who draws a meridian on her ball (above) to see its rotation. A former Colorado High School state champion and member of two NCAA National Championship teams, Cohen learned to accept poa’s unpredictability. “If you get the ball to roll consistently on the line you choose, you can’t get frustrated,” she says. “Just know you hit it well and the grass will do what it does.”

Hitting it well on poa means not having it skid or bounce for the first couple of feet. While parroting Brandt Snedeker’s “pop shot” is one option, try playing the ball slightly forward so you contact the ball with a slightly upward putting stroke. This will impart topspin and get it rolling on top of the grass. Using a putter with higher than two or three degrees of loft can accomplish similar results.