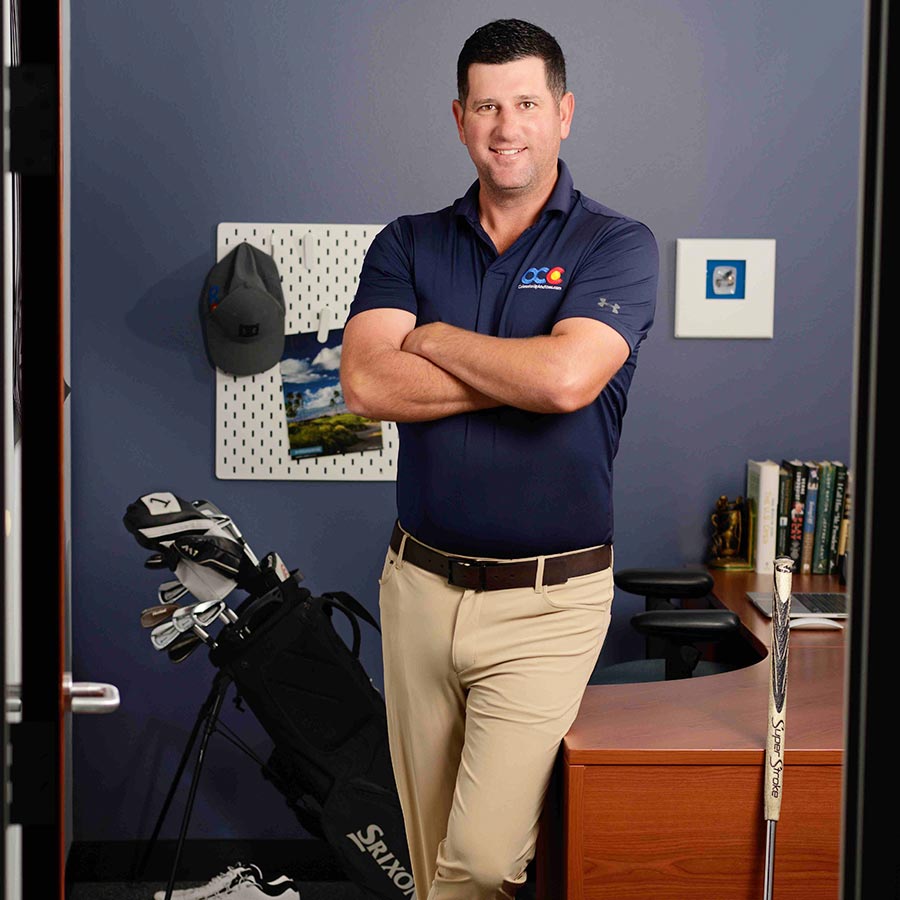 Two Mondays ago at Riverdale Dunes Golf Course in Brighton, Nick Mason shot a 6-under-par 66—a spectacular score that nonetheless left him two shots shy of qualifying for a playoff that would get him into the Korn Ferry Tour’s TPC Colorado Championship at Heron Lakes. Undaunted, two days ago, Mason flew to Texas to try and qualify for another Korn Ferry event, the TPC San Antonio Challenge. Again, Mason was solid, shooting another 6-under 66.

This time he missed out on joining the developmental tour field…again missing out on a playoff by two strokes.

“I shot a good round, but it’s just—you can’t just shoot a good around in Monday qualifying anymore,” Mason said. “Now, you cannot make one single mistake—you can’t three-putt, you can’t bogey an easy hole…You have to birdie all the par-5s.

“I mean, if you do make one mistake you better follow it up with a string of birdies.”

Did we mention that, in between his agonizing Monday rounds, Mason, a resident of Parker, hopped in his car, drove to Wyoming and shot a 16-under-par 197 over three days, winning the Laramie Open and the $15,000 first prize?

Or that, next Monday, Mason will be back in San Antonio, trying to earn a spot in that week’s Korn Ferry event (the tour is playing consecutive events there)?

Such is the life of mini-tour golfers like Mason, where a hot hand might mean a lot of red numbers on the scorecard—but not necessarily a lot of green in the bank account.

At Riverdale Dunes, Mason says his hopes were effectively dashed when he made a careless bogey on the fifth hole. a drivable par-4 that he says should have yielded birdie—the two-shot swing might have been enough to carry him into the field. Then again, maybe not; that same day another Colorado native, Joshua Seiple of Castle Rock shot an 11-under 66 to lead the qualifying. After his round, Seiple said he was hoping to shot a 59, one of golf’s most exalted numbers. He added that such unimaginably low scores are also necessary to overcome the glut of talented golfers trying to claw their way into events during a coronavirus pandemic that has laid much of the 2020 season to waste.

Mason said he understands where Seiple is coming from.

“When you stand on the first tee now, you know that you have to shoot at least a 9-under, and that’s a really weird feeling—you’re standing out there going, ‘I’m going to have to fly back home tonight if I don’t shoot 9-under.’

“That’s pretty much the deal when you’re playing a Monday qualifier now; if you’re not out there thinking you can shoot a 59, you’re not getting into the event.”

Finishing eighth to 10th at the TPC Colorado Championship would have been good for about $15,000, the same amount Mason brought home from Wyoming. Ask him which would have meant more, the win in Laramie or finishing down the line a bit at the Korn Ferry event, Mason doesn’t hesitate.

“I’m not taking anything away from Laramie, it’s a great tournament, and it’s great to win, but there are incentives that come with a top-10 on the Korn Ferry; you go way up on the money list, which is what everyone’s looking to do. So yeah, if you’re asking if I’d rather play in the Korn Ferry and finish 10th, or win the Laramie Open, 100 percent it’s the Korn Ferry.”

PrevPreviousBreckenridge Offers Golf Courses That Should Be on Everyone’s Bucket List
NextA Colorado Father and Son, a Dodge Challenger… and Pebble BeachNext