Where the Pitchers Play

Kyle Freeland, the Rockies’ best starting pitcher last season, is also the team’s best golfer. Other courses are more convenient to Salt River Fields, but Freeland and his teammates often head to Ak-Chin Southern Dunes Golf Club in Maricopa. Ranked by Golf magazine as the No. 84 Best Course You Can Play in the United States, this 5,055-to-7,546-yard Curley/Schmidt/Couples layout can accommodate rookies and all-stars. Ak-Chin will host a U.S. Open Sectional Qualifier May 8 and the World Long-Drive “Smash in the Sun” April 12-16. akchinsoutherndunes.com

Grayhawk Golf Club turns 25 this year. Its Talon and Raptor Courses have hosted PGA TOUR events, and, from 2020 to 2022, the NCAA Men’s and Women’s Championships. Quill Creek Cafe, Isabella’s Kitchen and Phil’s Grill all rate high for dining. experiencescottsdale.com

With the Rockies playing home games at Salt River Fields at Talking Stick, lodging and golf doesn’t get more convenient than nearby Talking Stick Resort and the 36 Coore-Crenshaw-designed holes at the adjoining Talking Stick Golf Club. experiencescottsdale.com 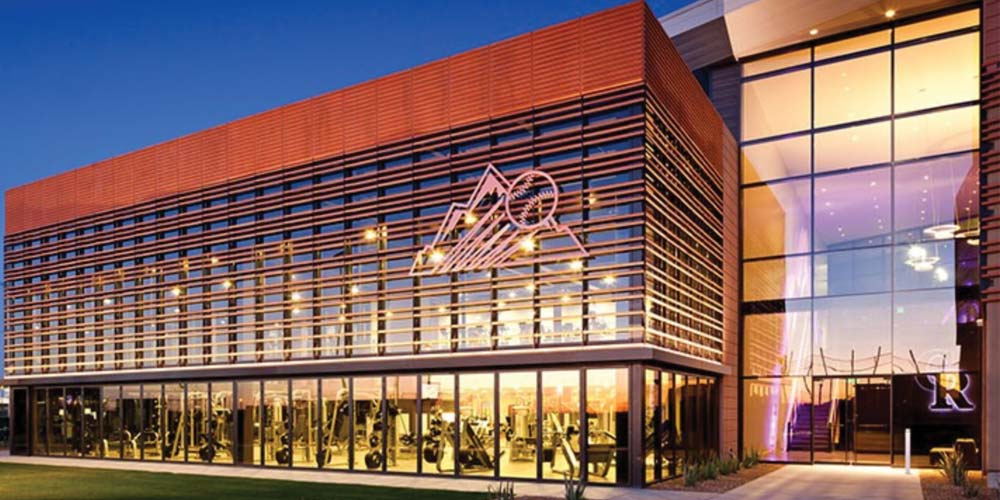 A Mountain of Fun

Tucked into the rolling hills and dramatic scenery of north Scottsdale, Desert Mountain’s 8,000 acres encompass 35 “villages” containing a stunning range of homesites, homes, activities and amenities—including a spa, miles of on-property trails and Tennis Complex with the only stadium grass court in Arizona (as well as five clay and three hard courts). In addition, there are five state-of-the-art clay (har-tru) courts and three fast-playing hard courts. This year, the development will debut Seven, a 90-acre enclave with its own par-3 course, to complement its six championship layouts. Like each of those courses, Seven will have its own clubhouse, but this one will feature family-friendly outdoor areas with a lighted putting green, music and bocce. desertmountain.com