The e12 Soft and e12 Speed, launched this time last year, featured a mantle between the core and cover Bridgestone called the ‘Active Acceleration Mantle’. It helped the core create impressive speed, and was largely responsible for a good bit of attention being directed toward the Bridgestone booth at the PGA Merchandise Show (okay, show-goers didn’t flock to Bridgestone to learn all about the mid-layer in a new golf ball, but the new balls certainly did stir some interest).

Both balls, however, have now gone replaced by a single ball called the e12 Contact. Rather than a mantle layer creating a bit of noise, the e12 Contact is really all about the cover and its dimples specifically.

Last year, when Bridgestone launched a new line of Tour B balls, it did so with frequent reference to ‘contact science’ – the analysis of what happens at the precise moment of contact between club and ball. A new cover called REACTIV, described as an ‘Impact Modifier’, behaved differently depending on the club that hit it and the speed at which it was travelling – firm when hit with a driver, softer with a wedge.

This time, the term ‘contact science’ remains operative, but the focus is on dimples rather than cover material. The e12 Contact’s ‘Contact Force’ dimples have a raised section in the center that Bridgestone says increases the amount of the ball’s surface that contacts the club – 38% in fact. 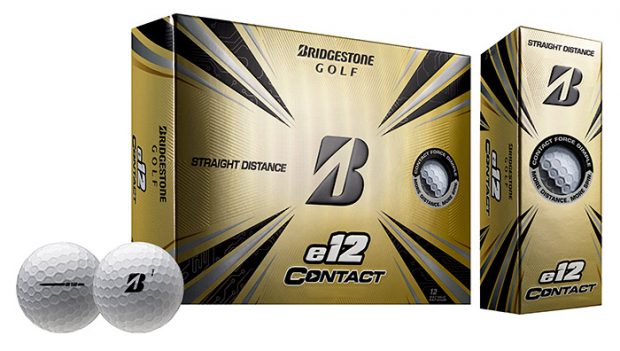 Make an innovative, effective golf ball and sell it at an extraordinarily good price and the chances are good it will prove very popular. Bridgestone’s two-piece e6 ball first appeared 15 years ago since when it has been the company’s best-seller, outstripping the balls it makes for Tour pros like Bryson DeChambeau and Tiger Woods.

The e6 has evolved over time, but it’s still targeted at golfers with moderate swing-speeds who fear losing distance but would prefer not to hit a high-compression rock. The newest version features a larger, softer core than its predecessors that gets increasingly firm as you move out from the center. The result is a ball that performs much like a multi-layer ball even though it is comprised only of that ‘gradational compression’ core and a thin outer layer of Surlyn. 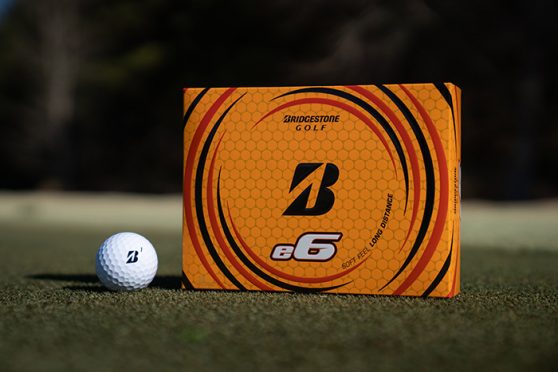 Another Impact Modifier – ‘Paraloid’ created by the Dow Chemical Company – is present in the cover of  Callaway’s second-generation ERC Soft. Callaway says this Paraloid material combines with the original ionomer cover to create more spin and better feel on and around the greens, not unlike a urethane-cover (more expensive) ball. The mantle layer is firmer than the core making the mantle/core layers perform similarly to the gradational compression core of the Bridgestone e6 (see above) – speed and therefore distance for longer shots, extra spin for shorter shots. The result os what Callaway calls its ‘longest ball that feels soft’. Triple Track alignment lines come standard. 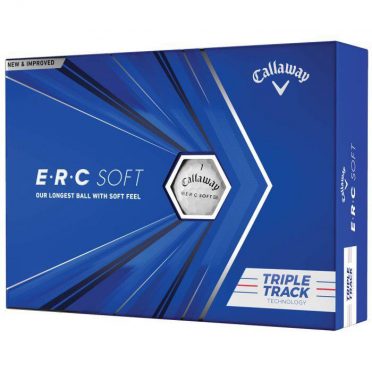