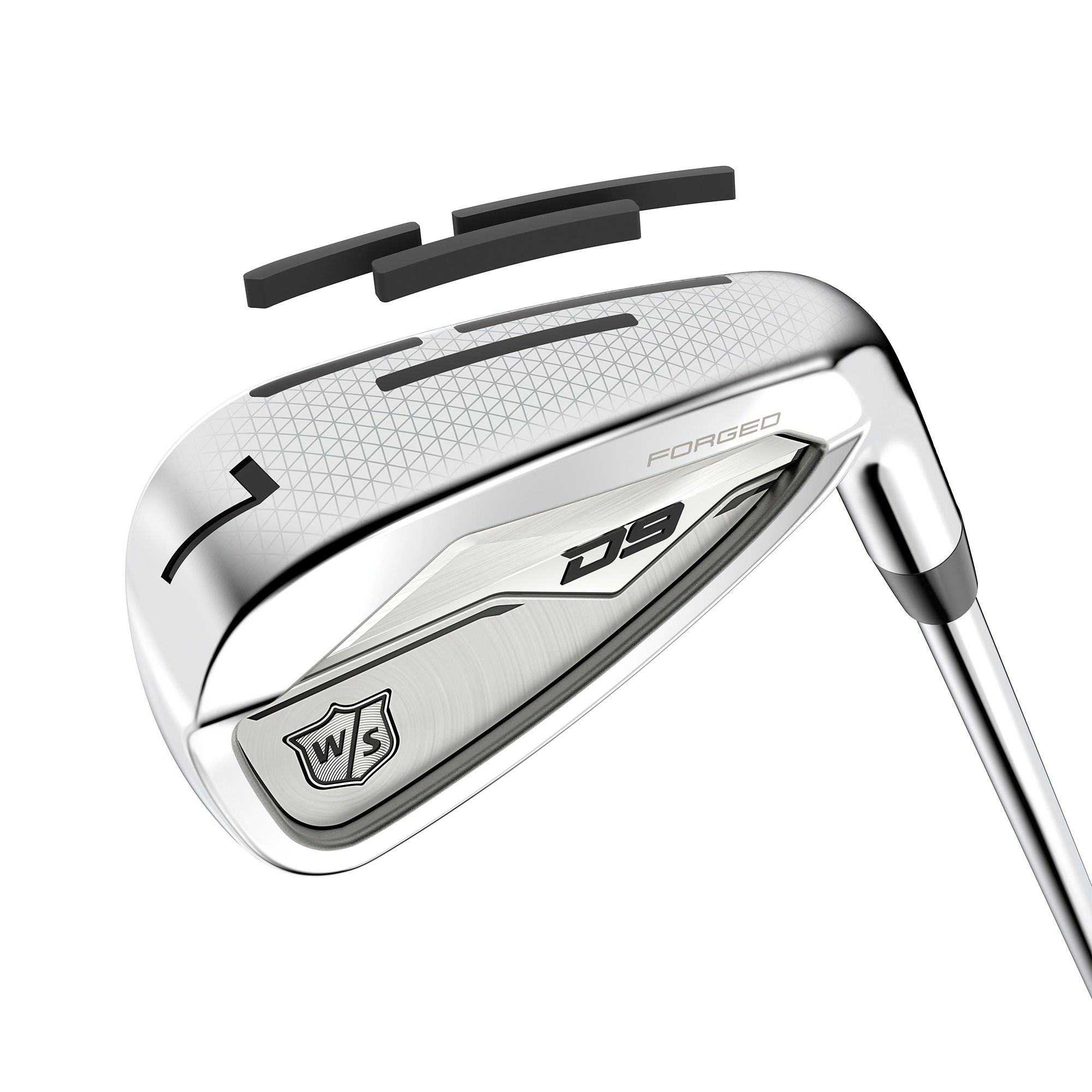 The 109-year-old Chicago-based company made legendary golf equipment before hitting rock bottom early this century. The revival has thrown up numerous quality irons, especially in recent years. Could the D9 Forged be the best yet?

The new D9 Forged might be its ultimate iron – no, not the ultimate iron necessarily, but Wilson’s ultimate iron certainly. Eh? Well, you can make out bits and pieces from at least two of the company’s former products and one that remains in its current iron line-up.

There’s nothing unusual about that though. Everyone takes the parts of clubs that have worked in the past and reimagines/revives/rekindles/recycles them. For sure, but with the D9 you really feel like you’re looking at three Wilson clubs. And they meet to form what promises to be another very popular and highly-rated iron.

There’s the original D9 which appeared early last year to replace the D7. Wilson activated 120 of its strongest computers in running hypotheticals for a week (‘Intelligent Design’) to create a mix of looks and performance that sought to create a higher launch and steeper descent on to the green as elegantly as a game-improvement iron could. It worked well. The D9, just like its predecessor, sold well and earned numerous very positive reviews across the internet. And, at a very attractive price.

Next, despite the name and its position in the D9 family, it does perhaps put one in mind of the Staff Model CB which launched in the fall of 2020. If it weren’t for that club’s matte grey tungsten weight in the toe, in fact, you might actually do a double-take. They are both mostly silver/nickel/chrome irons with a similarly-shaped cavity, and a black ‘W/S’ (Wilson Sports) badge in the cavity’s high-toe corner. The D7 Forged didn’t look unlike the D9 Forged either though the name of the club was stamped in the high-toe corner while the ‘W/S’ badge was in the middle of the cavity.

Third; the Power Holes are descended from the C200 which debuted all the way back in early 2016. Power Holes, urethane-filled gaps designed to enable the face to flex a little more than it would without them and thus give ball-speed a little boost, are Wilson’s take on speed slots/face slots/crank slots/speed pockets/etc. and have appeared in various parts of the clubhead and in varying numbers. The C200 had lots, bordering the leading edge on the sole, positioned toward the forward edge of the toe and covering much of the top line (which was widened to accommodate them). The D7 and D7 Forged had as many as five on the sole but none on the toe or top-line.

So how does the D9 Forged differ from the aforementioned?

Unlike the original D9, the new club is forged. Well, the face is, sort of. It’s really 8620 carbon-steel that starts out cast but is then drop-forged (a huge hammer literally drops onto it creating the final shape). Then, because one of the main goals of the R&D team was to lower the Center of Gravity (CG) and thus make the club more forgiving and increase the launch angle and steepen descent, more weight was forced lower in the clubhead by decreasing the number and size of the Power Holes and also decreasing the amount of urethane in the cavity. There is enough urethane behind the face to dampen the vibration made at impact but less than was in the cast D9. And, as mentioned, the Power Holes are thinner, configured differently and there are only three of them (all in the sole) – a result of all that computer power telling Wilson that an asymmetrical design with the longest Hole toward the heel of the clubhead created the desired performance. What’s more, there aren’t any from the 8-iron and up because those clubs are more about control than the extra distance the Power Holes can create.

The D9 Forged has little offset and a mid-width topline and is designed to launch the ball high and stop it quickly on the green. It’s a handsome club, and the tech checks out for the low-mid-handicapper not quite capable of hitting muscleback blades consistently but who also winces at the look of a game-improvement/super game-improvement club. That golfer would be foolish not to at least give them a try.