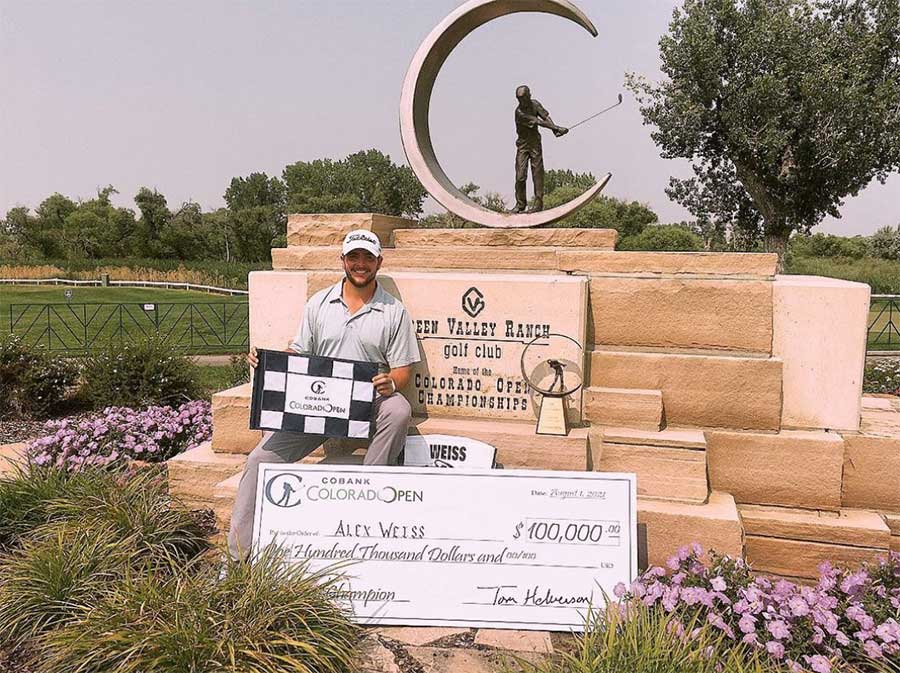 Ohio native shoots a bogey-free 7-under Sunday to edge Coloradans Staiano and Fribbs by one.

Ohioan Alex Weiss, who began the final round of the CoBank Colorado Open in fifth place, carded a 7-under 64 at Green Valley Ranch Golf Club to finish at 19-under for the tournament, one shot ahead of Jake Staiano of Denver and Derek Fribbs of Aurora. 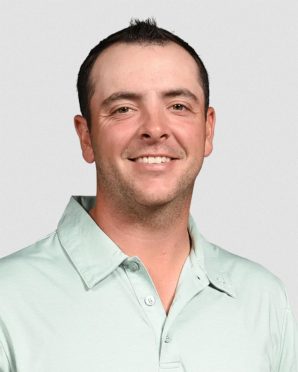 A 25-year-old former Marshall University player now living in Winter Haven, Fla., Weiss opened with four birdies in a row en route to a bogey-free performance. His 64 tied Colorado State rising senior Davis Bryant of Aurora for low round of the day.

Two former champions, Dru Love IV (2018) and Dustin White (2006) finished 4th and 5th respectively. The son of Davis Love III shot a 17-under, while White’s 15-under tied him with Olin Browne Jr. of Jupiter, FL and low-amateur champion Easton Paxton of Riverton, Wyo.

Paxton, who recently graduated from North Carolina State University, equaled the best amateur score in Colorado Open history, relative to par. In 2017, Staiano, then a student at Colorado State, also shot a 15-under when he tied for eighth place overall.

A native of Pickerington, outside of Columbus, Weiss in 2020 joined such players as Jack Nicklaus, Tom Weiskopf, Frank Stranahan and Byron Nelson as a winner of the Ohio Open. He  finished runner-up in the PGA TOUR Latinoamérica’s 2019 Chile Open and in June tied for 8th in the Holcim Colombia Classic presented by Volvo.

The $100,000 Weiss received for winning the CoBank Colorado Open exceeds the total of his professional earnings to date.