A Friendlier GS53 Driver – the Latest Launch from Hogan 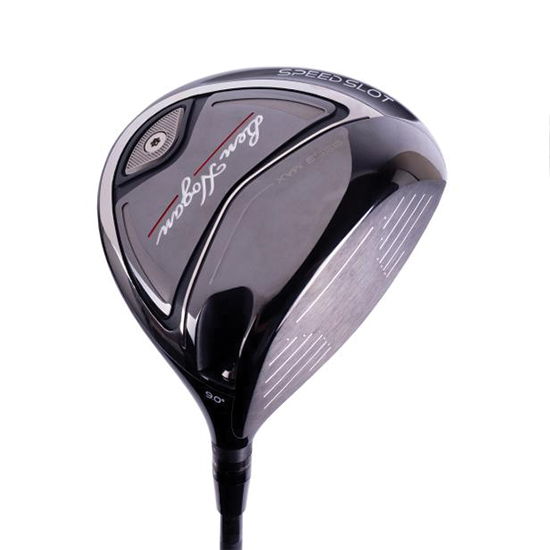 The relatively quiet week allows us to backtrack to October’s release of the Ben Hogan GS53 Max Driver.

Resurgence might be too strong a word for it, but what the Ben Hogan Golf Equipment Company has achieved under the leadership of CEO Scott White over the last three years has certainly been impressive. The direct-to-consumer model White activated following the company’s emergence from Chapter 11 proceedings in early 2017 has proven very effective with over a dozen new releases—including the handsome Icon iron we featured in May – every one of which the company’s illustrious founder would likely have given his blessing to.

In June 2019, it launched the GS53—a 445cc, all-titanium model that was the first driver with Hogan’s name on it in over a decade. The follow-up—GS53 Max – is a larger, more forgiving version that has a couple more bells and whistles and consequently does cost $55 more than its predecessor.
But when you consider that club sold for just $300, you realize we are still talking about a pretty affordable driver here. And when you add that it offers a goodly amount of tech, that $355 price tag just gets better and better.

Instead of being top-to-toe (or rather crown-to-sole) titanium, the 2020 460cc driver features a lightweight carbon-fiber crown that, everyone who reads about golf equipment knows, allows club makers to redistribute weight around the clubhead to alter what it’s capable of. By making the sole a little heavier with a triangular tungsten weight positioned toward the back, the Center of Gravity (CG) drops making it easier to launch the ball higher. Slightly more weight around the edges increases its perimeter-weighting which those same readers will be able to tell you increases the club’s Moment of Inertia (MoI). That makes it more forgiving.

‘Easier to launch’ and ‘more forgiving’ makes it more off a game-improvement model than the original GS53, and probably not the sort of club, Hogan himself, perhaps the most consistently-solid ball-striker in the game’s history, would have needed. But he would have admired the craftsmanship, and the Hawk, by all accounts a modest, sensible, discreet spender, would also have endorsed the price. He never said he wanted to build the most expensive clubs in the game, just the best.

The Flight Control adjustable hosel allows you increase or decrease loft on the clubface by a degree, and also change the lie of the club and face angle to square, open, or closed.
The choice of shafts, meanwhile, is the same as it was for the GS53 – Project X HZRDUS Smoke Black for a low trajectory, Tensei CK Blue for mid-trajectory, and UST Mamiya Helium for high-trajectory. That’s right—genuine, top-quality, typically after-market custom shafts come standard.

Combine those primo shafts with a multi-material head design and adjustable hosel, and sell it all for a couple of hundred bucks less than what the ‘elite’ companies are selling their drivers for, and you are going to attract a lot of interested parties.