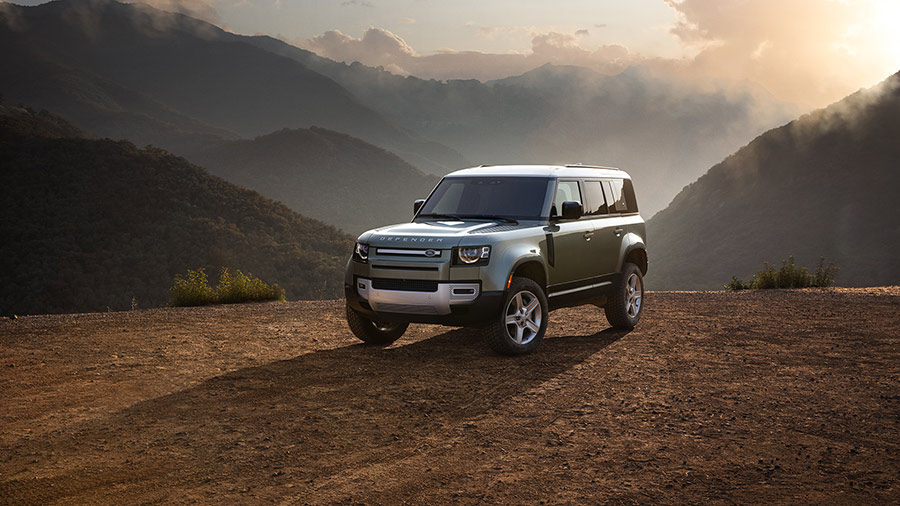 I first, briefly drove the new Defender 110 when it was just going on sale during the summer of 2020…

To read about my first experience with the 2021 Defender 110, click here.

This year I had a week of seat time with it and was able to refine my thoughts on this modern-day reinterpretation of Land Rover’s icon. By then, I had also spent time with multiple versions of the Jeep Wrangler, including the 4xe plugin hybrid and the awesome, 470 horsepower 392 model. Finally, I drove the most sought-after SUV of the past year, the Ford Bronco. While it is obvious the Jeep and Ford are direct competitors, it turns out the Land Rover is too. Size-wise, the three are very close; generally within a few inches in wheelbase, width, height and even length. Their interiors are all about the same size too, as is cargo capacity behind the front seats, folded or up, for the four door models (all come as two doors as well). Their base prices start for significantly less, but in the $65-80,000 range, their specification and equipment overlap closely.

My original feelings on the Defender remain about the same: Head designer Gerry McGovern and his team did a great job on the body, updating it to be completely contemporary, yet with plenty of nods to the past; the bobbed tail, interesting lights, bumper forms within the front and rear fascias—all are great. I was surprised at how little attention the 110 generated on the street here in Colorado, however; it’s probably a different story across the Pond. For the full boat celebrity experience, you need the Bronco, which has Americans shouting at you from their vehicles as you drive by. The Jeep is such a big seller, and so many are modified by their owners, that the 392 goes almost unnoticed except amongst the cognoscenti. Inside, the Land Rover looks great, with interesting “pebbled” texture paint on many parts, exposed Allen-head bolts, neoprene trim and titanium structural pieces as grab handles. But the use of waffle-cloth “Robustec” on the seats mean they get dirty right away and stay that way, and those fancy grab handles move in your hand, feeling cheap instead of imparting a feeling of stoutness—just like in the Ford. Then, there is the odd “shelf” behind the pedals, which means hiking boots caught on gas and brake. Rover tech is really well done however, with PiviPro being a good looking, fairly intuitive infotainement system and the 14-speaker Meridian stereo sounding great. Jeep’s UConnect is the easiest to use but not as sexy as that in the Rover, nor does it have the huge screen you can get in the Ford. The Rover is the most refined onroad, with the best steering accuracy; the Ford is next, while the Jeep, with its live front axle, is the least precise. The Rover is also the quietest, but then you can’t take its roof or doors off, which is a large part of the charm of these “true-utes,” at least to some of us.

The P400 version of the Land Rover has a turbocharged, inline six with outputs of 395hp and 406lb-ft. By and large it is a pleasing engine, but its mild hybrid system, which should allow it to move off smartly from a stop before the turbo spools, doesn’t seem to do its job, for there is a second or two of lag before boost lets it scoot. No such issue afflicts the Wrangler; even in its 4-cylinder, eTorque version, which is rated as the least powerful. Step up to the monster 392 V8—for about the same price as a well-equipped Defender—and it’s another world entirely. Gone is the innocuous whirs and moans that define the Defender engine. Instead, there’s one of the most hoot-tastic soundtracks this side of the Dukes of Hazard and incredible performance. Land Rover too will soon offer a V8, but it will cost almost 50 percent more. If one doesn’t need quite that level of absurdity in their lives, the Bronco’s twin turbo V6 and 10-speed auto provide more accessible performance (0-60 in the 6-second range) than the British machine, albeit without a stirring soundtrack either. All three will crush most any offroad obstacle conceivable. And all offer electronic traction aids, cameras that show what is in front of or under the vehicle and everything needed for even a neophyte to get to basecamp. On pavement the differences are more stark; as mentioned, the Land Rover has the best steering and most car-like ride. The Ford and Jeep are body-on-frame designs so there is more body motion. But the two Americans absorb low speed hits better and their “secondary” ride (over sharp bumps and transverse ridges) is much more supple. The Defender, which is firmer riding at all times, has an air suspension which allows it to run lower on the road but get the kind of ground clearance between its underbelly and the terrain that the domestics have. Not only is it the fastest-acting air suspension I’ve ever witnessed, but it also goes well with the optional onboard compressor, which allows one to air tires up and down for different terrain.

In my final analysis, all three are truly special; after a decade or two of every company trying to make their offroad machines more carlike, the SUV/crossover market segment is finally large enough to allow for these purer interpretations of recreational vehicles to reemerge. Now they have all the mod cons we love, like heated steering wheels, adaptive cruise control and killer sound systems. For Anglophiles, there is obviously only one answer, and the Land Rover 110 has an air of refinement the other two cannot approach. The Defender will also inevitably remain the rarer vehicle; once Bronco sales catch up to reservations, the Ford will feel almost as common as late model Wranglers on our streets and trails. For this reason alone, it will be the only choice for many. 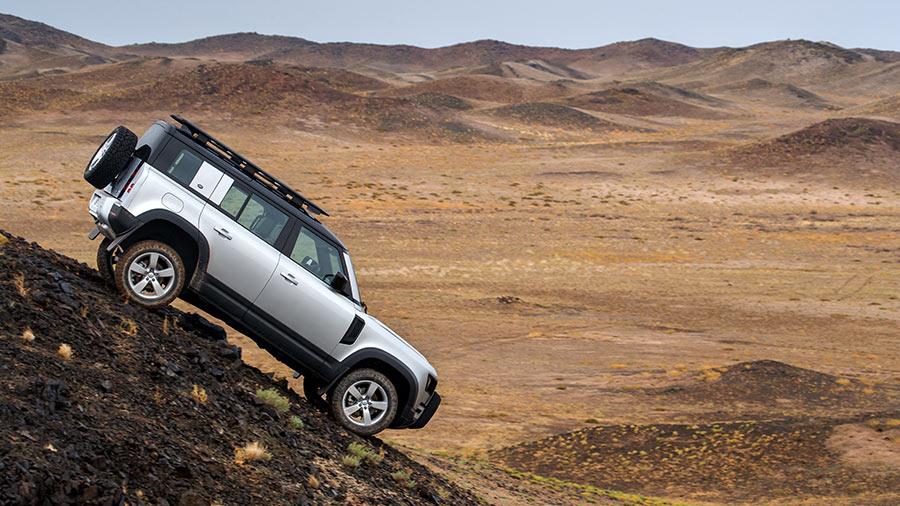 Here is what Land Rover has to say.