The Wilson Staff Forged V6 irons are now available in a RAW finish which will cause the clubheads to rust thus enhancing its already great feel. 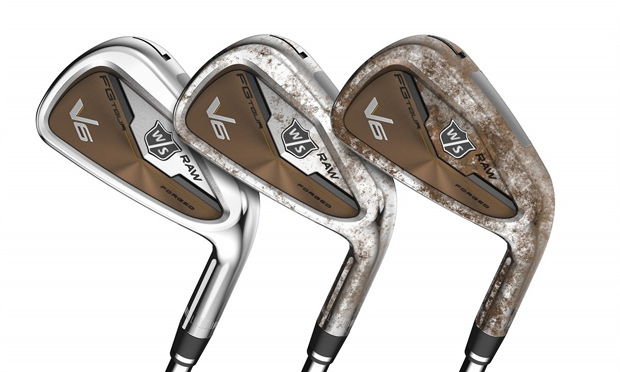 Wilson has released a limited-edition version of its popular V6 iron in a Raw finish that will cause it to rust over time.

[easyazon_infoblock align=”right” identifier=”B01N24LFIK” locale=”US” tag=”coloradoavidg-20″]No doubt Wilson has some fine players among its staffers, but none of them have been moving many needles recently. Brendan Steele was the most recent Wilson brand ambassador to win on the PGA Tour, claiming the Safeway Open in October last year. It means TV viewers haven’t been exposed to Wilson irons much. Which is a shame, because Wilson irons certainly deserve your attention having repeatedly earned critical acclaim over the last few years.

The company may be one of the biggest sports equipment manufacturers in the country, but its golf business is dwarfed rather by Callaway, TaylorMade, Titleist, etc. It has had to work hard in recent years to emerge from its well-documented doldrums (old news now) and reestablish itself as a viable contender for your hard-earned, seldom-frittered golf budget.

The V-Series (V2, V4, V6) has done much to give gravitas and respect to Wilson irons, the V6 – launched at the start of 2017 and featured on CAG in November 2016 – receiving high marks from virtually everyone that reviewed it. The 8620 carbon-steel face/body and tungsten weighting in the sole combined to provide the sort of feel you’d expect from a forged iron but also impressive forgiveness.

The Forged V6 is now available in a Raw finish which will cause the clubheads to rust thus enhancing its already great feel. 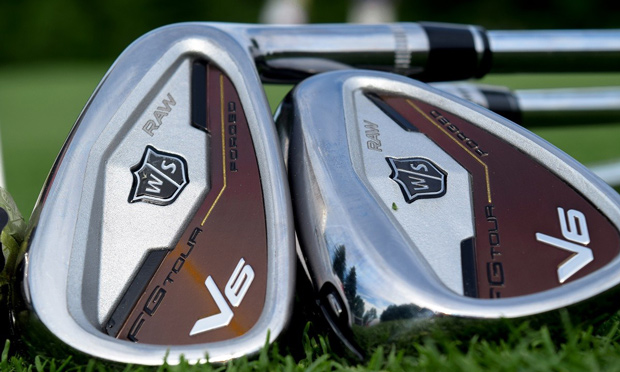 Joe Pergande in Wilson Golf’s R&D department says the irons will begin to rust as soon as the metal is exposed to the elements. “It will generally start slow with small ‘dots’ appearing evenly about the head,” he says. “The amount of coverage will increase with time, and the climate the clubs are kept in will have a significant impact on the pace of the rusting.” Typically, Pergande adds, a warmer, humid climate will accelerate the process, and with typical use a nice, even tarnish will appear on the heads.

The visible rust is a surface finish that the owner can reduce, if he or she wishes, with some slight cleaning or brushing of the heads. “During normal play, the rust will generally only be visible on the back of the clubs,” says Pergande. “Ground interaction on the sole and impacting the ball will generally keep these surfaces free of rust accumulation.” 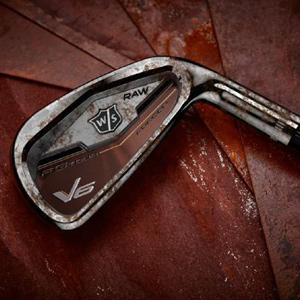 The first Wilson Staff player to put the V6 Raw in the bag is Troy Merritt who says he is making the switch (he put the full set in his bag for last week’s Travelers Championship) because the club obviously looks like the existing V6 he has in the bag (he won the 2015 Quicken Loans National with the V4), but the feel will be even better.

“I obviously don’t have to adjust my eye very much to the structural look of the iron,” he says. “And it will just keep feeling better and better as it begins to rust.”

Before adopting the full set, Merritt started out with the Raw 58° wedge a couple of months ago and says he has used it for 80-85% of his short shots around the green since. “I like the look and feel of it so much, it’s an easy choice,” he says.

The V6 Raw is being offered as a custom-option only and is available on the company’s web site – $1,099
wilson.com/en-gb/golf