Who to Watch for on Sunday at the 2018 U.S. Senior Open at The Broadmoor 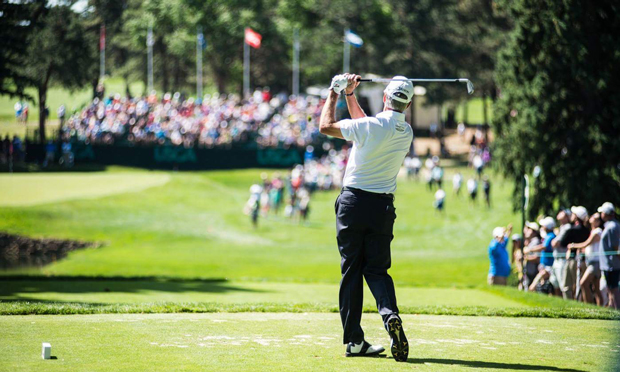 Three rounds are now in the rear view mirror and here is how golfers on our Top 10 Players to Watch at The Broadmoor did on Saturday — a day that saw Mother Nature switch things up by ushering in cooler temps and threatening late afternoon storms.

“I was just trying to get in before the rain hit,” said David Toms. “We had lightning out there and some thunder. We had evacuation vans that came up late in the round, so we were like, are they about to blow it (the horn)? I just wanted to get into the house with a good round.”

In stark contrast to Friday, a humid day that saw a high of 95 degrees, temps were in the 80s Saturday. Slightly different from rounds one and two, where eight players remained under par, Saturday only saw seven golfers in red numbers, but just two on our Top 10 Players to Watch list remain: current leader Jerry Kelly (66, 69, 71) and Miguel Angel Jiménez (68, 68, 73). 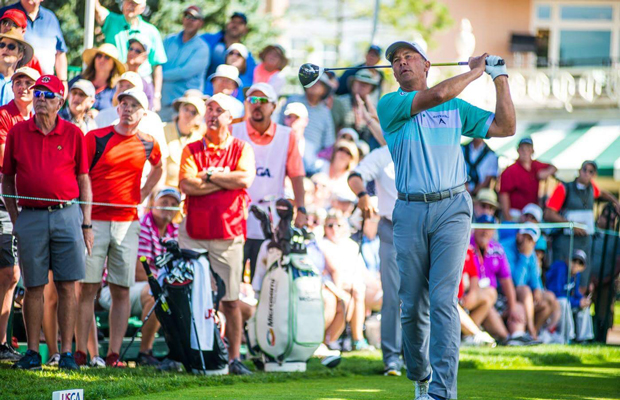 Jay Haas (70, 69, 72) moved into black numbers with a plus one while Lee Janzen, despite shooting 69, is at plus 3. Unable to repeat his round one eagle on Hole 2, Miguel Angel Jiménez only managed one birdie (Hole 15) and bogeys on 4, 5, 11 and 14 dropped him to a tie for 5th along with Brandt Jobe and Paul Goydos. 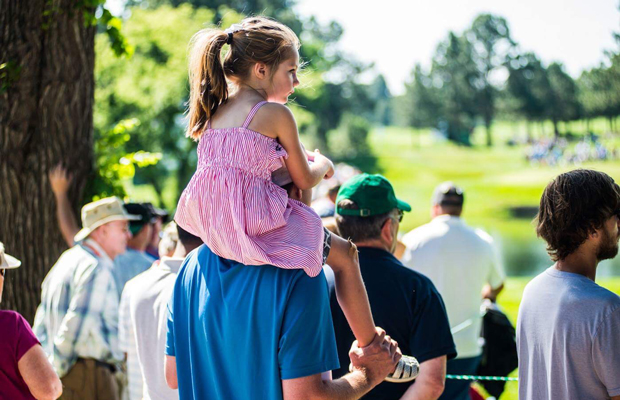 A gallery favorite, Bernhard Langer rebounded nicely from a round of 76 on Friday to shoot a 66 on Saturday. He is at plus 4 going into Sunday and you can be sure he’ll kick it up a few notches. Also carding 66 on round three were David Toms and Brandt Jobe.

Jobe, a Colorado native who went to Kent Denver and then UCLA, stepped up his play with birdies on 2, 3, 6, 12 and 15 to land at one under par. Toms, playing a bogey-free round birdied 1, 2, 5 and 13 and finds himself alone in second place. Kirk Triplett and Tim Petrovic shot 68 and 71 respectively and are tied for third place going into the final round.

At minus four, Kelly is leading by one over Toms and two over Triplett and Petrovic, but with temps moving back into the 80s on Sunday, the final round is certainly up for grabs. If the blustery winds from the last three days return, we could see scores go higher on a course that has already proven to be formidable opponent.