…While Hanson Follows the Sun

After 21 years, Jeff Hanson says it’s time to trade in his snowblower, perhaps for something more aquatic in nature.

After 21 years as the director of golf at the Red Sky Golf Club near Vail, Hanson is moving on, taking on the same role at the Ponte Vedra Inn & Club in Florida.

“I’ve always wanted to live in a warm weather climate, and this was just a great opportunity,” Hanson said.

That’s not to say that there aren’t pangs of anguish at what Hanson’s leaving behind. The former director of golf at Beaver Creek Golf Club, head pro at Glenmoor Country Club and an assistant pro at both Cherry Hills and Columbine, Hanson played an instrumental role in the creation of Red Sky, from the design of the club’s Fazio and Norman courses to how the club was organized. At Red Sky, Hanson ran everything except the food and beverage services. 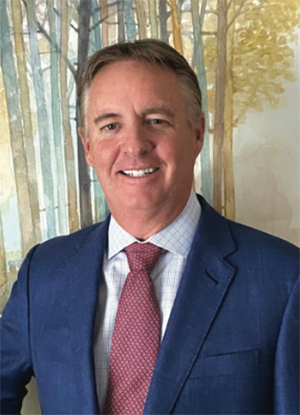 “Being there from the beginning, developing the programming and everything…it’s been a really quick 21 years,” he said. “I just think it has such an incredible membership; two of the top-100 courses in the country…it’s hard to believe all that we accomplished there.”

Even so, it’s clear how excited Hanson is with his move. Located near Jacksonville (and PGA TOUR head- quarters), the Ponte Vedra Inn & Club also has a pair of courses, the Ocean and Lagoon, the latter, featuring a front nine designed by Robert Trent Jones.

“It’s a family-owned business (Gate Petroleum); there’s an unbelievable hotel right on the ocean and two incredible golf courses right across the street,” he said. “It’s all just super attractive.”

This article was also featured in the May Issue of Colorado AvidGolfer.

Visacki Proves Why Golf is More Than an Individual Sport

Michael Visacki qualifies for his first PGA TOUR on his home turf.

The Gift That Keeps on Giving

An early love of golf has only grown deeper for these Colorado Moms who share their passion with their children.

2020 proved to be a trying year, but Applewood Golf Course is pleased to announce renovations in the dining and bar area.