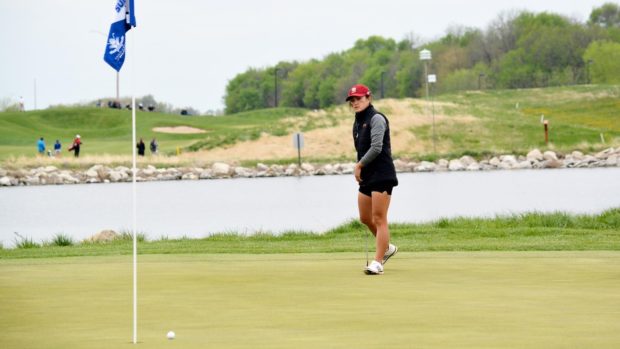 
Behind the stellar play of Mary Weinstein, the University of Denver golf team captured the team and individual titles at the Summit league Championship, held at Creek Station Golf Course in Newton, Kan. The Pioneers fired a tournament-best 7-under 281 on the last day of play.

The win brought the league championship back home to Denver for the fifth time in the last six years since joining the league back in the summer of 2013.

The Crimson and Gold’s 7-under 281 also tied for the lowest round of the year. 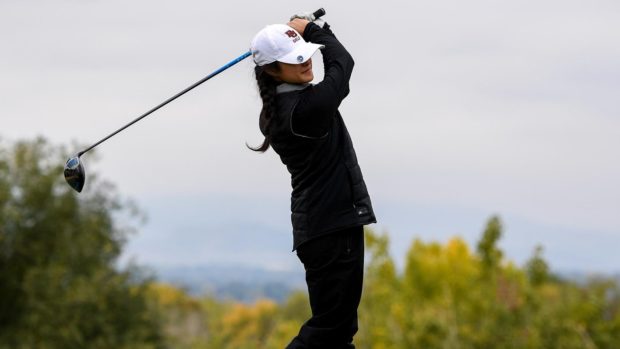 Weinstein captured her first outright individual title and made it two straight years that DU has won individual medalist honors at the three-day event. The Highlands Ranch native was simply unstoppable on the course today, firing a 7-under 65, setting a new course and Summit League Championship record.

The junior’s incredible final round brought her 54-hole total to 217 (1-over), which tied the tournament record for low total with former Pioneer standout Jessica Carty back in 2016. Weinstein finished seven shots ahead of teammate Sophie Newlove, who won last year’s event.

Newlove racked up a runner-up finish at 8-over for her three rounds on the course. The England native had her game on point on Tuesday, shooting a 1-under 71, highlighted by making three birdies in a row early on.

Bean posted her best 54-hole finish of the year by tying for seventh at 17-over. The freshman continued to improve each day, shooting a lower score each round (82-79-72).

Fellow freshman Li also had her best three-round finish by tying for 11th (20-over).

Enright kept her climb up the leaderboard going, rising 10 more spots to finish tied for 24th.

Denver now will wait and see where it goes for the NCAA Regional. The NCAA Selection Show is set for Wednesday at 3:30 p.m. MT and can be seen on the Golf Channel.

For decades, the BMW 3-series sedan was the benchmark of sports sedans. But its last generation opened the door for models like the Infiniti Q50