The Quiet Pro from Fort Morgan 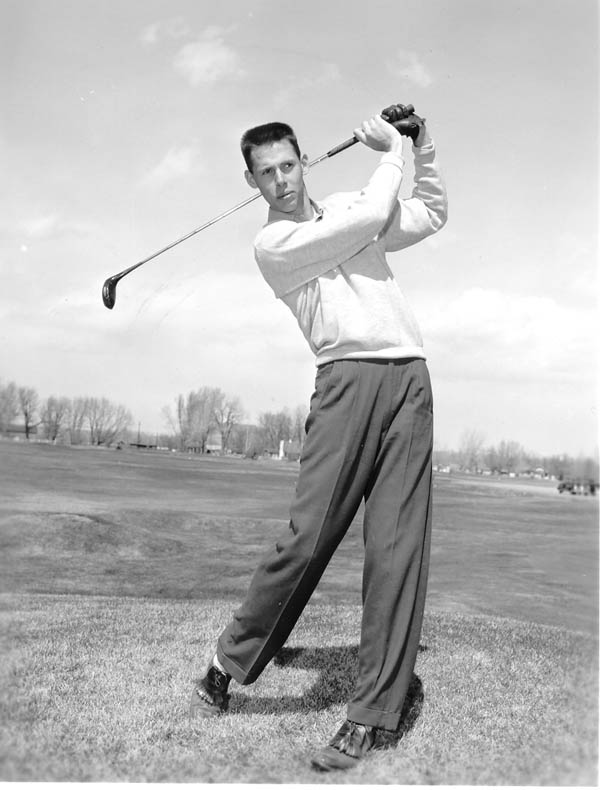 How the late Dale Douglass taught one young caddie lessons of a lifetime.

Last week the PGA TOUR, the University of Colorado and the Centennial State golf community lost a trailblazer in the person of Dale Douglass, who passed away at his home in Scottsdale, Ariz., at the age of 86.

Douglass was born in Wewoka, Okla., in 1936, during the dust bowl years to parents who would eventually move the family to Fort Morgan, Colorado. Golf soon became the thread that wove the family into the fabric of farming and small business community. Hal Douglass, Dale’s father, was the head golf professional at the then Fort Morgan Country Club, and his wife, Phyliss, ran the pro shop with meticulous care—a trait her son inherited and would later display both inside and outside the ropes.

Given the current contentious landscape of professional golf, it’s comforting to reflect on the life of a simple, soft-spoken man—Colorado’s first full-time player on the PGA TOUR—who for 50 years wore his association with that organization proudly on his sleeve.

THROWN FOR A LOOP

I first met Dale Douglass in 1976, by which time he had salted away all three of his PGA TOUR titles, in a fashion that garnered respect from his peers. If he were a baseball pitcher, he would have been a closer, considering what he did on the business end of his three victories: finishing 66-69 in the 1969 Azalea Open, 68-67 in the ’69 Kemper Open and 68-66 in the’70 Phoenix Open.

I honestly don’t remember who asked me to caddie for Douglass in the 1977 Colorado Open, contested at Hiwan Country Club, however I knew enough about golf in Colorado not to say no! After all, I was a cocky high school senior who’d been looping for years at Lakewood Country Club, and thought I knew something about this game.

Little did I know, how little I knew!

At Mr. Douglass’ request, I arrived at Hiwan the Wednesday before the tournament. He was on the practice green as stroking putts with his vintage Wilson, George Low, blade putter. My first impressions were the enormity of his Wilson Tour bag and the silky roll of his putts.

After introducing myself and a few more putts, my loop asked me to join him on the patio. He ordered ice teas and removed a small spiral notepad from his bag and plopped it on the iron table. He explained that he intended to win and that I would be an important component in that endeavor. He flipped the pad open and asked me to get to the course at 6am the following morning and pace off the position of the flagsticks, on all eighteen greens!

I took possession of the notepad, sipped my iced tea and thought, ‘So, this is how a pro does it’?

For four days, Douglass played golf with an ease that was a contradiction to the intense pressure that followed each group around the course. He had a swing to envy— compact with a nice lateral move and his left knee leading toward the target, something you don’t see in today’s rotational golf swing.

He controlled his low-ball fight beautifully and his drives chased out on the hard Hiwan fairways like a spooked rabbit. When reading putts, Douglass would cup his hands on either side of his visor creating a sort of tunnel vision. On the occasional off-line shot, Douglass would watch the ball flight with an eagle’s eye, following the shot an abbreviated practice swing, exorcising any lingering swing demons. He reminded me of an artist who, after making a brushstroke, steps back to take in his work before continuing.

Douglass’ bid for a Colorado Open fell short that week, when Dave Hill’s putter got firecracker hot. After his final putt dropped, Douglass took time to sign autographs and speak with any member of the media. He was soon joined by his wife and constant companion Joyce, and they headed for the clubhouse for more iced teas.

Minutes later, Douglass emerged from the clubhouse. He walked over to where I was nursing an aching back and applying a final wipe down to his Wilson Staff irons. He shook my hand, thanked me for all the hard work and handed me a check made out in careful print for $225—a much different form of payment than the crumpled bills tossed my way by inebriated hotshots.

Folding the check, I once again thought, ‘so, this is how a pro does it?’

Our paths would cross over the years—the Gerry Ford Invitational in Vail, Senior PGA at Oaktree in Oklahoma; the Insurance Youth Classic at the Air Force Academy. Without fail, Douglass would always ask me how my dad—who as a member of Lakewood Country Club, befriended Douglass when he was a young assistant there—was doing. The gesture always touched me.

It also spoke volumes that Douglass paid for the resting gazebo near the driving range at Lakewood Country Club, in honor of his longtime friend’s Vern and Shirley Sachs. To this day it provides a place to rest for those members who believe in finding a better game the old-fashioned way, digging it out of the dirt.

How did someone who won 21 times on the PGA TOUR and PGA TOUR Champions (including the 1986 Senior US Open), played on a Ryder Cup Team, and mentored everyone from Hale Irwin to local kids in Fort Morgan via a tournament named in his honor remain so humble?

I think I found my answer a few years ago when I was lucky enough to play Lakewood with Douglass, my dad and former Lakewood Country Club PGA professional Earl Svenningsen.

Cooling off in the clubhouse after the round, I asked Douglass to share a scintillating story from his jet-setting years on the tour.

“I was an assistant pro here at Lakewood, when the Head Pro, Gene Root, called me into his office.” Douglass recalled. “He told me I had two career paths as he saw it. I could stay on as an assistant, or the membership would pool enough money together sponsor me on the PGA Tour.

“I told Gene that I wanted to give playing the tour a real shot and would do everything I could to be successful. A few weeks went by, and I was told to meet the group of Lakewood backers at Cherry Hills Country Club for a round of 18 holes and see if their investment would be a sound one.”

Douglass paused, lifted his glass and, leaving he story unfinished, gazed out onto the eighteenth green.

We know the outcome of that audition, but not everyone knows this: Dale would mail weekly checks to the members who put their faith in him, despite never asking to be repaid.

I had my answer. That was how a pro did it.

PrevPreviousFor the Love of Golf
Next2022 Private Club Guide: Pradera and The PineryNext