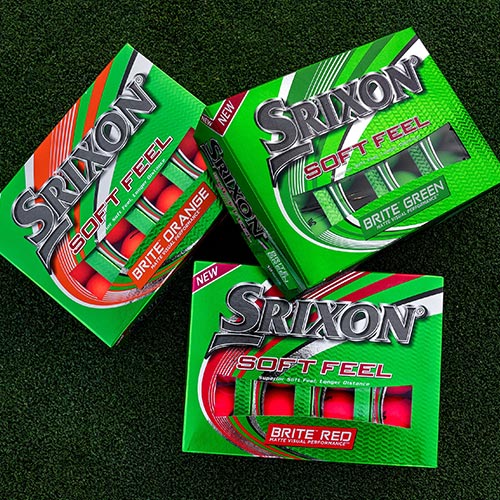 I’m not saying my playing partner would have lost several had he been playing with traditional white golf balls during our nine-hole round at the weekend, but his drives sailed so far off line at times it was certainly a possibility. And yet he made it back to the clubhouse with the same red Srixon Soft Feel Brite he had hit off the first tee. Again, I won’t make any claims about his ball jumping up in the rough and waving while screaming “Over here”, but it was weird how little time we spent searching for his shots considering how wayward some of them were.

The original Srixon Soft Feel Brite launched toward the end of last year, and the second generation appeared earlier this week with the same soft, thin cover, same drag-reducing 338 dimple pattern, and same choice of matte colors, but a slightly inflated MSRP—$2 more in fact.

That little extra spend pays for the new Soft-Feel Brite FastLayer Core, the same core found in Srixon’s premium Z-Star and Z-Star XV. The FastLayer has a soft center but gets gradually firmer as you move out—a design that creates both better feel and faster ball speeds, says Srixon’s Marketing Director, Brian Schielke. The original Soft-Feel Brite’s Energetic Gradient Growth Core likewise firmed up the further you moved from the center but, according to the company, the FastLayer “is more resilient and adds ball speed without adding compression and making it feel harder”. “With the addition of the FastLayer Core,” says Schielke, “Soft Feel Brite provides the total package of enhanced distance, feel and visibility.”

Lose Your Phone: Arccos’s Caddie Link allows you to take the phone out of your pocket and keep it in your bag or cart.

An interesting product we were unable to feature around its launch date a couple of weeks ago but thought you should definitely know about is the Arccos Caddie Link which allows golfers to keep their phone in their bag or on their cart rather than on their person while playing a shot.

Many golfers prefer not to have their phone in their pocket while they swing so were pleased when Arccos announced the wearable Caddie Link in February, 2019. Customers could pre-order on the company’s web site, but they have had to wait patiently until now for those orders to be fulfilled. 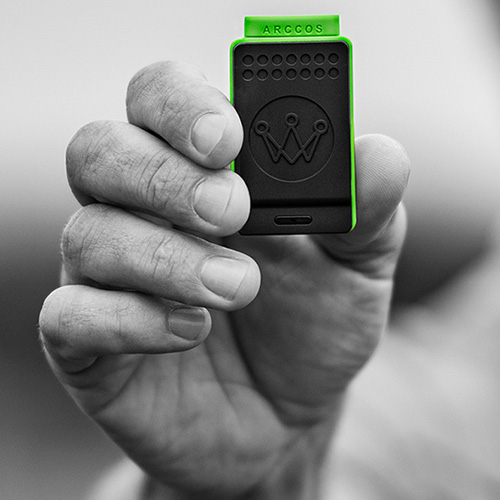 At 2.5” x 1.5” and about 20g, the Caddie Link device is obviously not nearly as cumbersome as a phone, and clips easily onto a pocket liner or belt. To operate it simply pair the Link with the smartphone app before the round, and let your Arccos sensors record all the data which, the company says, helps users lower their handicap by an average of 4.2 shots in the first year, sometimes in as few as five rounds.

The 18-month delay from announcement to fulfillment likely allowed some golfers to take a peak elsewhere, perhaps giving the ShotScope V2 or V3 a try or discovering Foresight, GameGolf, GoldPadGPS, or any of the other shot tracker apps available. But those that remained loyal to Arccos and waited for the Link have been awarding it high marks for simplicity, accuracy, and reliability.