GOLFERS LOOKING for fresh apparel and accessories are finding them from a couple of Colorado companies who have entered the business hoping to appeal to a new generation of players.

Moonshine Golf, based in Denver, was launched by three friends who grew up playing the sport together and bonded over their love of the outdoors. Moonshine clothing is designed to go from the course to a hiking trail or fishing hole, then to a favorite brew pub at the end of the day.

“We are passionate golfers and have had this idea, but the timing wasn’t right until last summer,” says Andrew Mikowski, one of the founders, of the “laid back golf brand with a country vibe.” He says he and his partners acknowledge “There’s no shortage of golf apparel brands, but we found it shocking that there wasn’t the type of laid-back clothing for people who love the outdoors and want to be able to wear the same thing for different activities.” 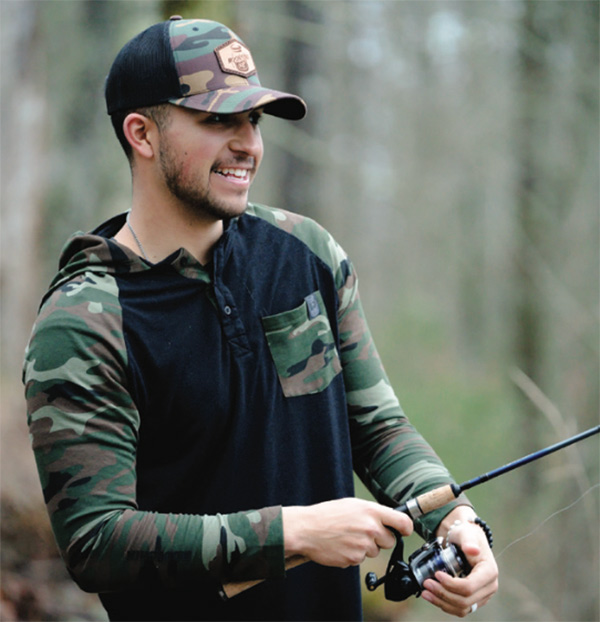 The brand debuted at the virtual PGA show in January and is finding customers in pro shops at both public and private golf courses as well as through online sales of its polos, woven shirts, T-shirts, hoodies and hats. The company name, Mikowski says, comes from the idea of moonshine “representing fun, playing in tournaments, camping.” He adds that when he played with friend and company co-founder Justin Fowler growing up, they’d stay on the course as long as they could on a given day, even if it meant “we were literally playing by moonlight.” The third co-founder, Rick Boccard, specializes in the tech side of the business. moonshinegolf.com

Another venture with a trio of partners who want to make golf more relevant is Pins & Aces Golf Co., an accessories company headquartered in Arvada. The idea for the business came from co-founder Nick Mertz’s experience. “I was disappointed with the headcover that came with a new driver I got and wanted to get a new one. The ones I found were terrible; some were as much as $150, but boring. There was no real design aspect to them,” he said. Having been in the apparel business previously with Alex Bard, they teamed up—along with Mertz’s brother-in-law Jon Major—and started making and selling headcovers a couple of years back.

They now have a full assortment of headcovers themed to states, presidents, and with such motifs as flamingos and graffiti. “We sort of made them for ourselves in the beginning, then we put up an online store and it exploded,” Mertz says. They also offer golf bags with their logo—a spade outline with a golf pin flag inside—and sell ball markers, towels and gloves. They’ve been licensed by the NCAA to start offering university logo’d covers and earlier this year announced plans to offer made-in-the USA products.

A category they’ve recently expanded into is colorful printed polo shirts and pullovers for men and women. “If you would have told us a few years ago that we’d be wearing crazy patterned shirts and listening to music on the course, we would have laughed at you,” but that’s what has happened, says Bard, general manager and partner. And another product they’re adding to the mix this spring? A portable speaker. pinsandaces.com

This article was also featured in the April Issue of Colorado AvidGolfer.