Lynx returned to America earlier this year with an innovative driver and terrific muscleback iron. A better-player’s cavity-back iron now joins the party.

On the Lynx USA web site, brand ambassador Nick Dougherty who won three times on the European Tour before becoming an acclaimed analyst for Sky Sports in the UK says that the company, because of its rebirth as a small business in Britain, can now ‘reinvent the wheel’. “And that’s what it does and what the other manufacturers can’t do because they have a tradition of doing things a certain way’ he adds.

One look at the new Prowler Forged iron, however, suggests there isn’t actually much reinvention going on as it immediately puts you in mind of any PXG iron with strong TaylorMade RAC notes too.

Okay, with the Prowler Forged, Lynx might be modifying existing tech and drawing on noteworthy clubs from other brands, but the company itself is unlike most others. It may actually be unique, in fact. 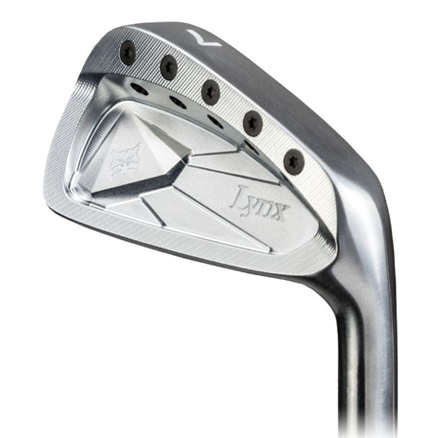 Everyone of a certain age is familiar with Lynx. The original iteration was formed by John Riley and Carl Ross in 1971 and rose to prominence in the 1990s when first Fred Couples (1992 Masters) and then Ernie Els (1994 US Open) won major championships using Lynx irons. The brand never quite reached the pinnacle, however, and after Couples and Els moved on, it faded away being picked up by Golfsmith in 1998 and eventually Dick’s Sporting Goods when Golfsmith ceased operations in 2016.

In 2011, English couple Stephanie Zinser and Steve Elford purchased the overseas rights to the company and began building clubs at its premises in Weybridge, Surrey, 25 miles southwest of London. Professionally-run (Elford had worked in the golf industry for several years as a retailer and equipment rep while Zinser had an academic past with spells as an investment banker and author/reporter), and taking full advantage of the brand’s notable past, it wasn’t long before the initial skepticism vanished and Lynx UK was making a significant impact. As well as Dougherty, it signed Dame Laura Davies, Trish Johnson and a handful of other Ladies European Tour players, and in 2013 recorded its first double-digit sales increase. And it’s recorded similarly impressive returns every year since. In short order, Elford and Zinser formed their company and made Lynx gear available in over

In late 2017, Lynx UK showed just how serious a player it was becoming by purchasing the rights to the name in the US (for 2% of the price Golfsmith had quoted Elford in 2013), meaning it now license to sell Lynx-branded equipment everywhere except for Japan and Canada. It launched the impressive Prowler VT driver and very attractive VT iron, and is now branching out launching a forged cavity back iron aimed at low-mid handicappers.

The Prowler Forged has an almost industrial look and is certainly a better player’s club. But, with a face 20% larger than the company’s previous forged iron and the five tungsten screws positioned to lower the Center of Gravity (CG) and thus help you get the ball airborne and reduce spin, it is surprisingly forgiving. The 1020 Carbon-Steel body gives a pleasing sound and soft feel.

Lynx is well and truly back. It had made a very welcome return to the American market and though one doesn’t quite expect it to be reinventing any wheels, its first US offerings have been extremely promising.