ADIDAS SUPERSTAR
Back in his youth, it’s quite possible – likely even – your dad sported a pair of Superstars. Kareem Abdul-Jabbar and Jerry West were just two of the NBA players that wore what became the 1970s’ most iconic sports shoe. Later, in the 1980s, RUN DMC sang about them in ‘My Adidas’, producing the world’s first non-athlete sneaker endorsement. And the New York City rap band’s partnership with Adidas led to other hip-hop acts getting involved (some of whom your dad might even have heard of). Lately, Instagram and Tik Tok influencers have spurred interest (dads – you may need your kids to confirm this).
Now, 50 years after the Superstar hit the courts and streets, it has returned in many guises including that of a golf shoe.
But while it may be the coolest golf shoe currently available, it’s fair to say it probably isn’t the most tech-laden. Besides the waterproof leather uppers and six-spike sole – with additional nobs in the herringbone pattern for a little extra grip, there really isn’t much to say about the Adidas Superstar. Other than it’s really, really cool.

NIKE FEARLESS TOGETHER
Making its debut at last week’s Masters was Nike’s new ‘Fearless Together’ Collection. Comprised of three previously-released shoes in a new colorway – yellow (volt) accents with a white/black abstract pattern, the collection is “Designed to celebrate the athletes who tap into their inner strength to break barriers, in golf and beyond.” 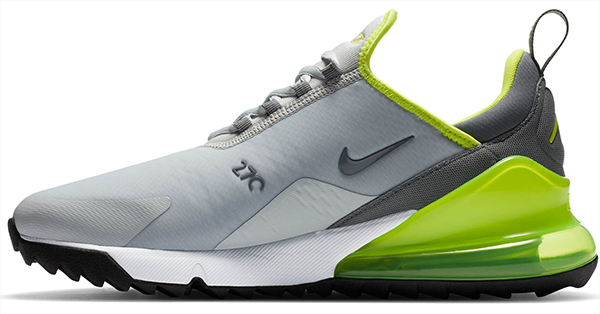 Air Max 270 G
$170
With a large cushion under the heel for greater comfort, the Air Max 270 G is modelled on one of Nike’s most cushioned running shoes. 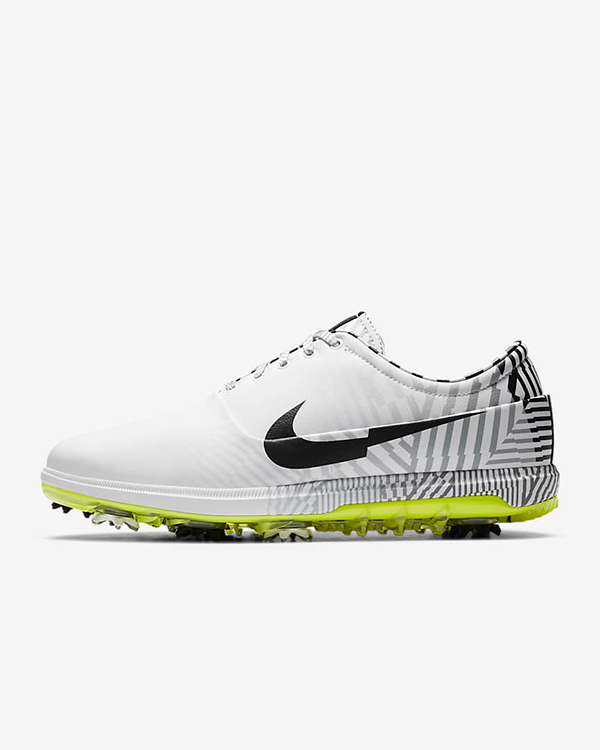 Air Zoom Victory Tour
$200
Designed with input from Rory McIlroy, the Air Zoom Victory Tour features a premium leather upper with lightweight Flyweave in the upper quarter for extra comfort. Flyweave, created through an intricate weaving process, first appeared in 2015 and forms a textile upper maximizing the foot’s natural motion and acting as a bionic second-skin. 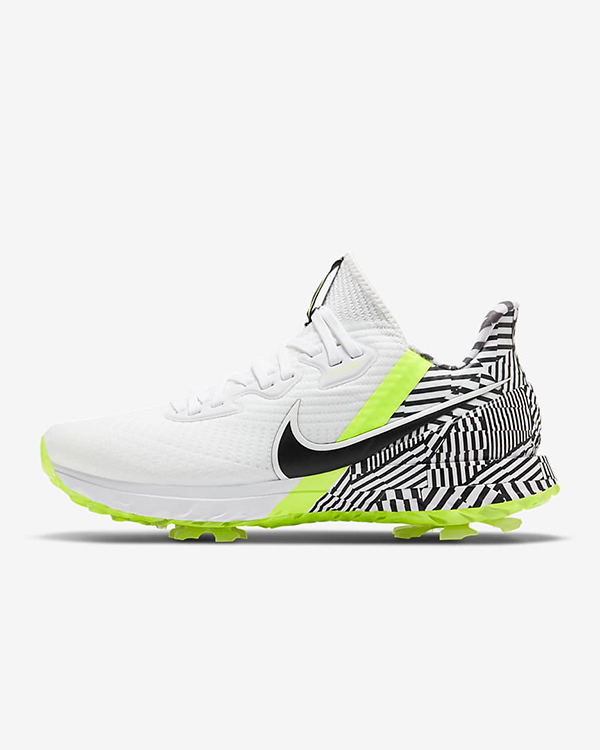 Air Zoom Infinity Tour
$180
A new traction pattern provides plenty of grip, but perhaps more importantly, this is the shoe Brooks Koepka wears. And it’s modelled on the running shoe the four-time major winner wears to practice in at home.

PUMA IGNITE CAGED CRAFTED
There’s a lot of tech in play here. Combining the style of Puma’s Crafted Collection, its Caged chassis which provides great stability, the PWRADAPT sole, and IGNITE foam cushioning, the Ignite Caged Crafted shoe really has it all and was worn by Bryson DeChambeau and Gary Woodland at Augusta National last week.

The PWRCAGE leather saddle wraps around the medial and lateral sides of the shoe and is designed to improve stability along with the layered Adaptive Fit System which, Puma says, provides 360-degree support through the internal bootie – a breathable membrane – while the forefoot is also made with a full-grain leather that gives the shoe a one-year waterproof guarantee. 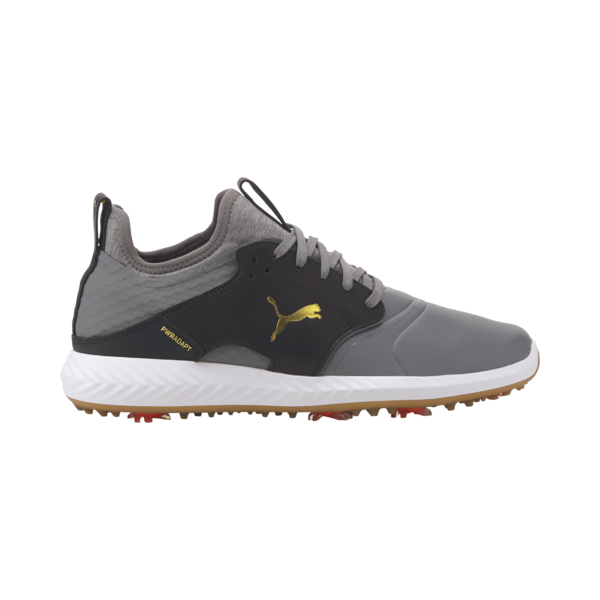 And while you’re here…
You’ll be needing something warm to wear while swinging this winter.

SUN MOUNTAIN COLTER
Montana’s own Sun Mountain Sports has developed outerwear with new insulation technology, used in its Colter Jacket and Vest which feature insulated panels for core warmth and side panels with four-way stretch for easy range of motion. The insulated panels use the breakthrough 37.5 insulation, a synthetic fiber that is known for its ability to regulate body temperature and resist moisture. 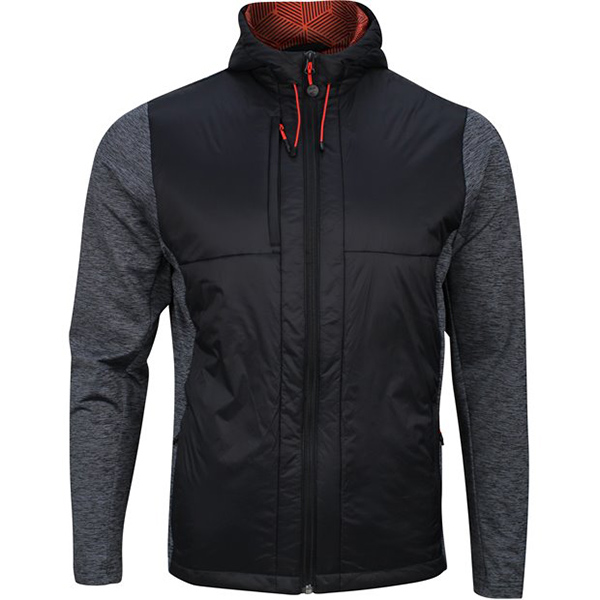 The jacket has a full-length zip and hood, and features two hand warmer pockets, internal and external chest pockets and a zip-through collar with chin-guard.
$150
Colors – Black/Steel; Navy/Capri; Platinum/Navy; Steel/Platinum 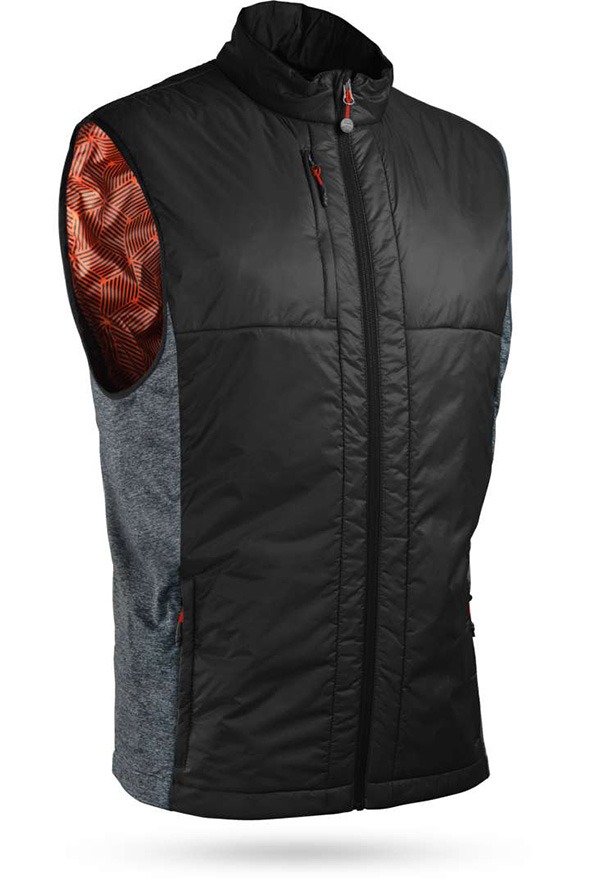 ADIDAS COLD.RDY
The men’s and women’s COLD.RDY Collections are designed to be layered and are designed for lightweight warmth. Each garment features a breathable, water-repellant fabric that keeps wind and moisture out by absorbing sweat and allowing it to evaporate. .

The collection focuses primarily on jackets and vests, but there are other more unique pieces – for women leggings made with flattering body-contoured seams, while the men’s collection features a hoodie with a jersey-lined hood and a slight drop tail hem. All COLD.RDY products have UV 50+ sun protection for when the sun peaks out. 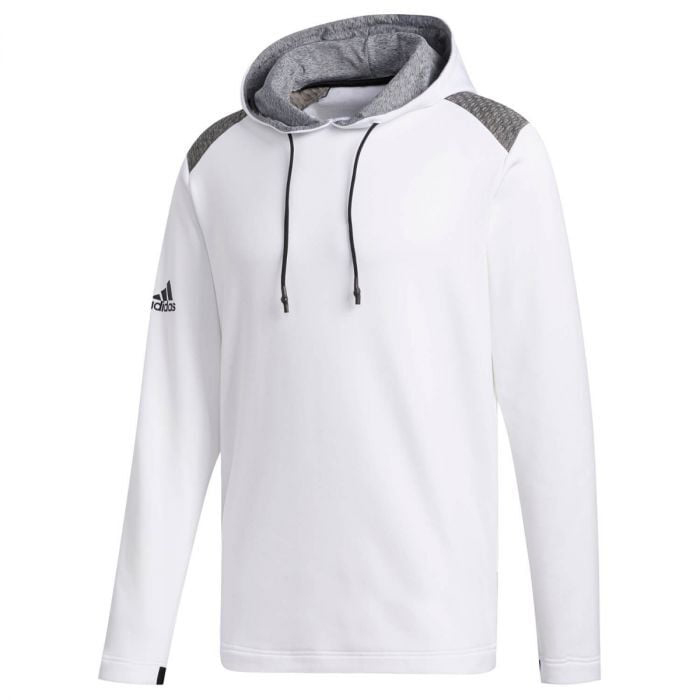 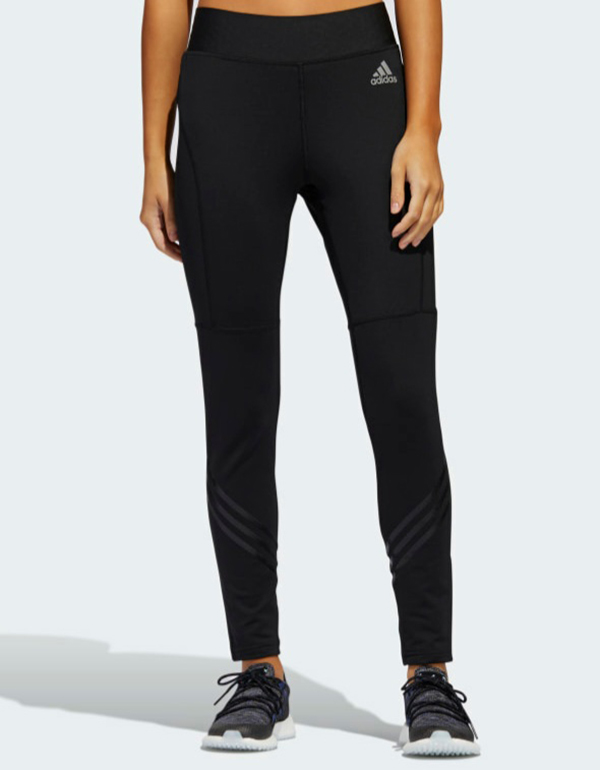