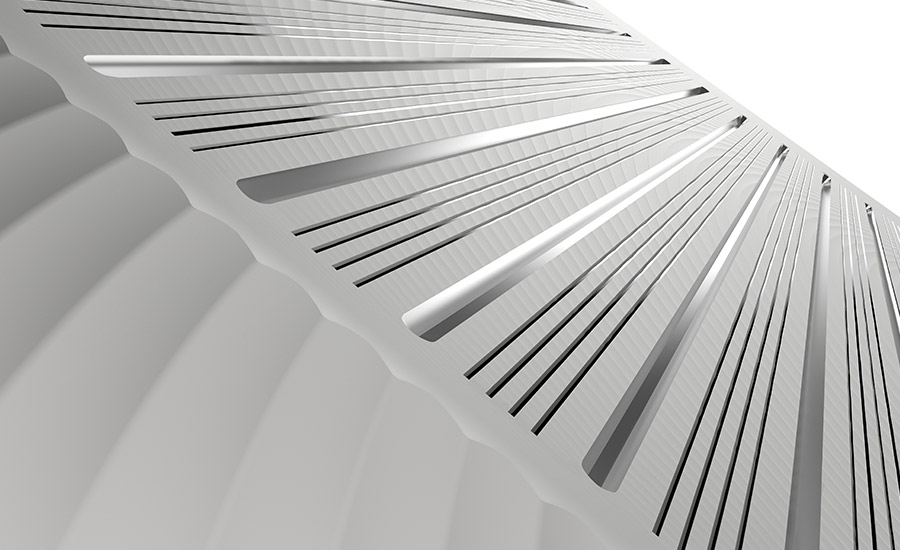 Cleveland announced the arrival of its new RTX ZipCore wedge at the end of June, since when golfers have been able to preorder it on the company’s website. It isn’t until the end of this week, however, that it actually becomes available in stores. The anticipation is real.

The equipment industry’s ears inevitably perk up when Cleveland releases a new wedge, especially an elegant, better player’s wedge like the RTX ZipCore. This is the fifth generation of RTX, of course, the original appearing in 2012 with the rotationally-milled face pattern that added roughness and imparted a little extra spin.

The name of this latest offering is a compound word—the ‘zip’ part alluding to the new UltiZip Grooves of which more in a moment; the ‘core’ bit referring to the multi-material construction that places a very low-density aluminum silicate (a fibrous material made of aluminum oxide and silicon dioxide which has applications in paper, plastics, cosmetics, pharmaceuticals, etc.) inside the clubhead which is otherwise cast using 8620 carbon-steel.

If, like me, you’re wondering where the ‘core’ in a wedge is, don’t make the same mistake I did. “You’re reading too much into it,” says Noelle Zavaleta, PR specialist for Team Srixon (Cleveland, Srixon, XXIO, Asics). “Typically, a wedge clubhead is made from a single material, but since there is a second on the inside, we are referring to it as the core.”

This lightweight core pushes the CG (Center of Gravity) closer to the center of the clubface—something that OEMs say tightens shot dispersion and improves feel, and which has been a popular trend in wedge design for a few years now. Cleveland’s initial effort to shift the CG toe-ward came in September 2016 with Feel Balancing Technology which basically drilled out a few grams of weight from the hosel and redistributed them elsewhere in the clubhead. That process enabled 9g to be moved. ZipCore moves 16g which sees the CG move to just 1.4mm from the center.

Some of that now-available weight was also pushed up the back of the clubhead to raise the CG a little, increasing the high-low Moment of Inertia (MoI). If better players fail to make perfect contact with a wedge, it tends to be a hair above or below the sweet-spot rather than on one side or the other. So no matter the lie – sand, fairway, or rough, the ZipCore is designed to create a flatter and more consistent trajectory, and improve distance and spin control.

As for those grooves, they are sharper (11% sharper than RTX-4 grooves), deeper (7.3% deeper), and more numerous (7.4% closer allowing for two extra grooves) than Cleveland has ever produced. “The combination and optimization of these factors ensure that RTX ZipCore generates increased spin and consistent spin performance from any condition on the course,” says Cleveland’s VP of R&D, Jeff Brunski. A newly-developed heat treatment ensures the UltiZip grooves remain effective for roughly 30% longer than the company’s previous grooves.

But though the tech is extensive and significant, the most important aspect of a club, and wedge especially, for many golfers remains its appearance. Pictures confirm there are no worries on that score. Indeed, ZipCore is as attractive a wedge as can be imagined—‘sleek yet traditional’ says Brunski.

PrevPreviousColorado Golf & Turf: Check Out The New Club Car Onward
NextIt’s All About The Shoes (And Then Some)Next