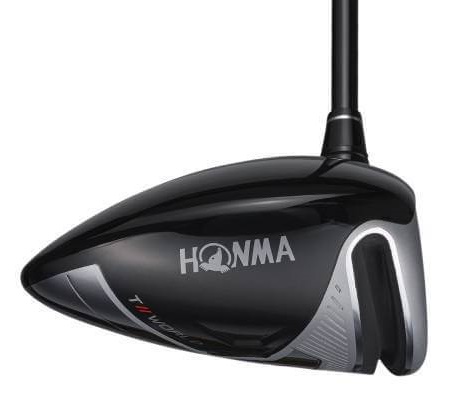 The T//World XP-1 is a game-improvement driver, but you wouldn’t know it to look at it.

They may not put quite the same number of R&D dollars into game-improvement and super game-improvement clubs as they do flagship models, but it would be a gross inaccuracy to suggest club manufacturers skimp on equipment designed for mid to high-handicappers. Yes, brands like to be associated with better players playing good golf, and clubs made for that section of society do indeed get the lion’s share of a company’s marketing budget. Those same manufacturers are well aware, however, the majority of golfers around the world have a handicap of 10 or higher. That said, you certainly don’t expect any of them to use ‘beautiful craftsmanship’ when building a game-improvement club. 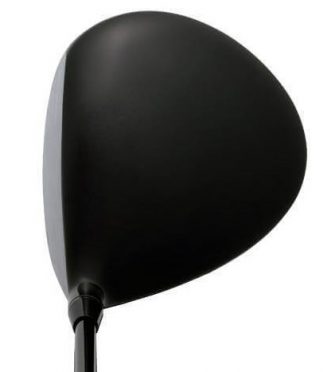 Honma does, according to its vice president of global product, Chris McGinley. “It’s a decades-old process for us which begins with a block of persimmon,” he says. “The wood is hand-shaped into the form of the new driver before it is scanned on to a computer and bought into the CAD environment for engineering.”

The T//World XP-1 driver is a clean, simple, elegant-looking club, but it’s a game-improvement club remember so there’s plenty of tech inside and out designed to make mid to high-handicappers and slower swings play better golf.

The most visible tech is the sole slot just behind the clubface. It’s not new technology, of course; we’ve seen slots before. But on the XP-1 driver it is actually a double-slot – one that runs across the entire sole of the club and a second, shallower slot on the heel and toe ends of the club which helps maintain ball speed even on off-center hits. “And the main slot is pinched in the center effectively creating corrective gear-effect spin,” says McGinley. “All that means you’re going to get straighter distance, no matter where on the face you hit it.”

The ET40 carbon crown allows the clubmaker to add the weight lost at the top to the bottom of the club which, as we all know by now, lowers the Center of Gravity (CG). That makes it easier for you to get the ball in the air with less spin which helps you increase your carry distance. The high-strength Titanium 6-4 face is reinforced with five internal tabs — three in the crown, two in the sole — to strengthen the perimeter of the clubhead and increase overall face flex which, again, means more ball speed regardless of where on the face you make contact. 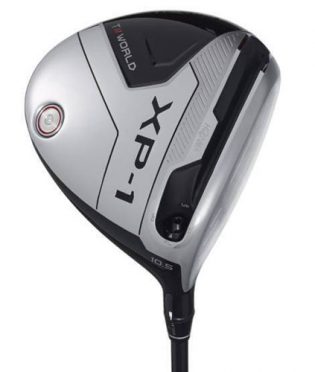 And, something not entirely unique to Honma, but almost, is the fact it builds the XP-1 line (driver, fairway-metals, hybrids, irons) holistically which is to say it creates the whole club instead of just the head while partnering with shaft and grip manufacturers. Its Vizard shaft is built in the same factory as the clubheads which creates a synergy that Honma insists makes the head and shaft work together. The shaft is relatively stiff at the butt and head ends, but more flexible in the middle with a little more torque to allow the golfer to feel the clubhead during the swing.

It’s an impressive tech package which, as you can see from the images, comes in a very attractive shell.

Because of several other weighty launches the last few weeks, most notably from Cobra, we’re admittedly a little late to the XP-1 party (the clubs have been available since early October). Not too late, we hope, for you to add it to your list of possibles.