The Japanese manufacturer’s new TW-X iron looks a lot like a better player’s club. And it is certainly, but there is enough game-improvement technology for it to appeal to mid-high handicaps too. 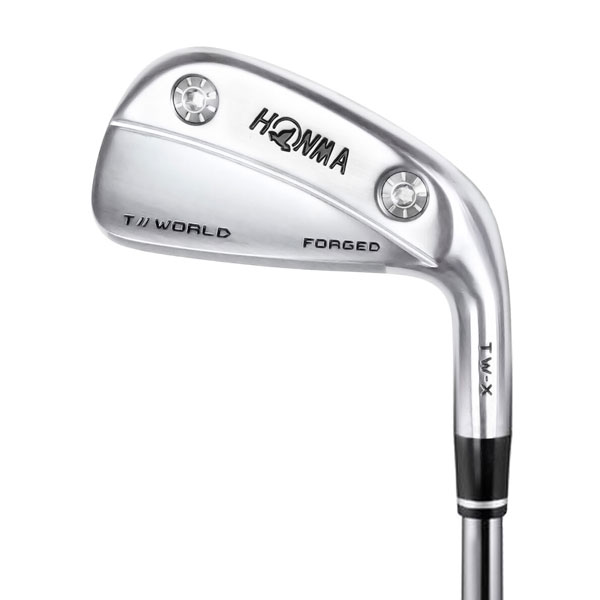 Of course there are irons that fit neatly into one category or another and which are appropriate only for a specific group of golfers, but increasingly we are seeing irons that blur the lines somewhat and are suitable for a wide range of handicaps. Honma’s new T//World-X (TW-X), which hit stores and was made available on the company’s web site earlier this week, might appeal to the widest range of abilities yet.

“These irons truly offer something for every level of golfer who appreciates a blade iron but wants playability,” says Chris McGinley, Honma’s vice president of product. “The full set can be played by low single-digit players all the way to mid- and even higher handicaps.”

The TW-X started life on Tour last year as long-iron replacements, or Utility irons, called TW-U. Justin Rose, who signed with the Japanese manufacturer at the start of this year, made room for them in his mixed set as did Paul Casey. The combination of a hollow construction, elegant muscleback design, forged S25C carbon-steel body and hosel to facilitate adjusting the club’s lie angle, and the two steel weights in the heel and toe to lower the Center of Gravity (CG) and promote a higher launch and increase the club’s stability and Moment of Inertia (MoI) attracted a lot of attention among professionals and amateurs.

The new TW-X full set of irons is modeled to a large degree on the TX-U’s construction. Even the wide sole remains the same. A wide sole isn’t uncommon on long irons, of course, but it is for mid and short irons, especially in blades or ‘players’ clubs.

“We wanted to keep the CG low throughout the entire set,” says McGinley. “We accomplished that by retaining the wide sole and with the hollow construction.”
Making the sole narrower as the set progressed from long to short-iron would have been the conventional approach, but Honma decided to keep the wide sole throughout the set to promote higher launch with every club. 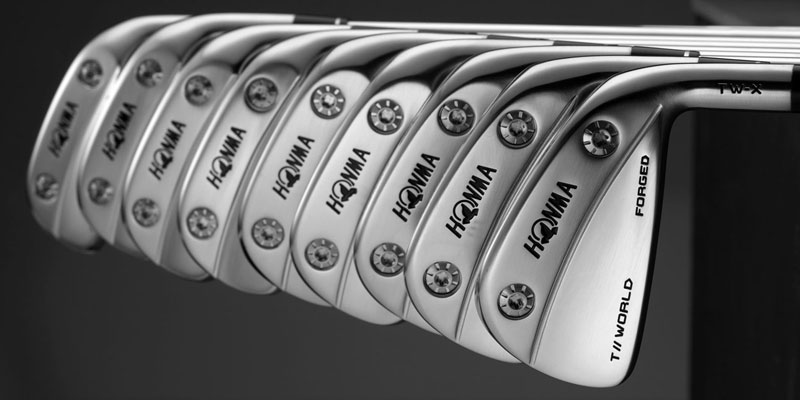 “The set has a nearly-constant sole width,” says McGinley. “It’s unusual for short irons to have a wide sole, but they have enough camber in them to make it easy to play from tighter lies. The bounce angles are a degree or two less than typical to promote good contact from a wider variety of lies.”

The extremely strong, low-carbon Maraging Steel faceplate (MS-300) is ‘lightly’ welded on to the body of the club then co-forged into a forged-face frame that includes the hosel. The back is forged separately, then plasma welded to the front.

PrevPreviousCBD Oil Should Be Your 15th Club
NextSrixon’s Affordable TechNext