In the span of four days, Colorado last week hosted two meetings to address the current condition of golf at both a national and regional level. 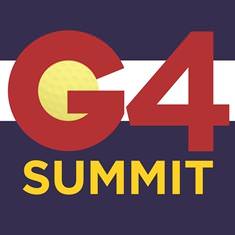 In addition to discussing and delivering reports on the state of their joint initiatives—most visibly the burgeoning Junior Golf Alliance of Colorado (JGAC)—the leaders of the G4 bring in experts from across the country to speak on pertinent issues facing the golf industry.

The overarching issue is participation. Although Colorado came through the economic downturn of 2008 with far fewer casualties than other states, nationwide 24 million people are currently playing golf compared to the peak-participation year of 2005, when 30 million people played. Therefore, ways to promote and popularize the game remain evergreen topics of discussion.

The speakers each brought a different perspective to the mix.

Frank Vain, the president of the McMahon Group, a private club consultancy, addressed the perception among Millennials that golf was exclusionary, elitist and expensive. To shed this image, he said clubs needed to become more appealing and relevant, tying things together in terms of year-round programming and non-golf activities such as fitness classes, spa amenities, hangout areas that can include multiple televisions, craft beers and indoor golf simulators such as the ones in the new clubhouse at Columbine Country Club.

Addressing the public-golf side of the equation, Dr. Michael Cooper, chairman of the Golf 20/20

Diversity Task Force, stressed cultivating diversity among those who play the game and those hired by courses and clubs—including vendors. “Imagine how great the game could be if we caught up to the rest of America,” he said, saying that the game was about 30 years behind in its effort to bring more women (who currently comprise only 10 percent of the workforce) and people of color (who comprise only 12 percent) to it.

Cooper said the golf industry should rethink its top-down approach of creating programs for communities and do things with them instead. “There are people out there begging to be included,” he said.

Joe Steranka, the former CEO of the PGA of America and current CEO of Steranka Sports + Strategy, drilled home the importance of digital media as a tool for courses to engage Gen X and Millenials, who “like hearing about themselves,” he said.

He advised clubs to create rewards programs and cultivate customers who become brand ambassadors for the course on different social media platforms. In a bottom line-oriented business, investing

in digital media can grow the topline for a facility.

The last individual speaker was Ross Iverson, co-founder and executive director of the Vail Centre, who challenged the audience to assess their leadership styles and approach to staff development.

The enlightening day closed with the four speakers engaged in a panel discussion moderated by Colorado AvidGolfer editor Jon Rizzi and “In The Fairway” radio host Jerry Walters.

Three days later at The Hilton Denver Inverness Hotel in Englewood, roughly the same number of people—175—attended the first CGA Women’s Annual Meeting as had the G4.

They represented 90 clubs and attended workshops, bid on silent auction items to benefit the Junior Golf Alliance of Colorado and listened to specifics on how the Colorado Women’s Golf Association (which had annually hosted this meeting on its own) would work with the Colorado Golf Association now that the two have merged in response to a USGA directive.

As with the G4, there was a panel discussion. This one featured CGA co-presidents Juliet Miner and Joe McCleary, with CGA Executive Director Ed Mate moderating.

Each of the three echoed the other’s enthusiasm for the merger.

“Now we’re bigger, better, stronger, richer,” Miner said. “This is not just to make the best of something that the USGA decided was a good idea for golf, but to make it the best for golf in Colorado, and to be a beacon for golf in the United States of America.”

“Things are changing,” McCleary said. “It’s incredibly important to do what we’ve done. I think it’s paid dividends and it will pay significant dividends in the future.”

That future came sooner than expected. The silent auction that took place during the meeting to benefit the Junior Golf Alliance of Colorado more than doubled the amount raised last year, when the CWGA ran it alone. In all, the total jumped to $15,000 from around $7,000.