From shoes to shades, accessories add function and style to your game. 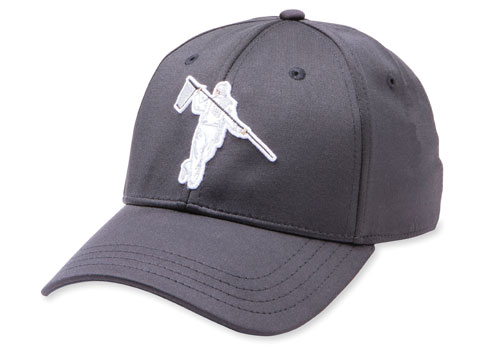 HEAD’S UP A golfer’s hat broadcasts an instant affinity for a given brand, course or sports team. Which makes the caddie logo hats of AndersonOrd a fun departure. The company’s founders, with backgrounds in professional golf and course development, chose the jump-suited caddie logo to symbolize those with deep knowledge and love of the game. The stretch-fit styles come in a range of colors and combinations, have pre-curved visors, raised embroidery and moisture-wicking, breathable polyester bands, $30. andersonord.com 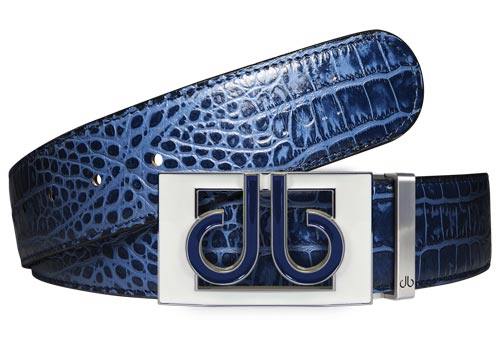 WAIST NOT Simon Hurd’s pork pie hats might have distinguished him during his days on the European Tour, but he’s become better known for his belts. A decade ago, Hurd started Druh (his name spelled backwards) to bring a little pizzazz to golf accessories. Featuring various buckle styles and straps in dozens of vivid colors of leather, crocodile, snake patterns and exotic skins, Druh belts feature an interchangeable buckle. Customers can also create their own belt-and-buckle combinations on the company’s website. Prices for the leather straps and buckles for men and women range from $124 for the handmade Tour Collection leather style to $220 for snakeskin combinations. druhbeltsandbuckles.com 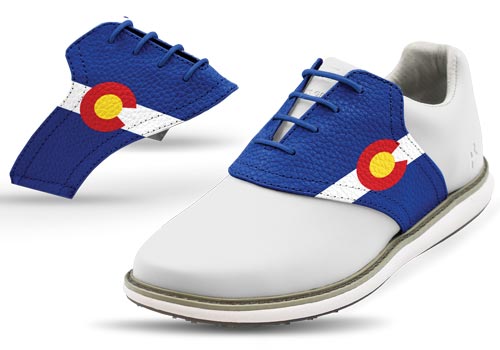 SADDLE UP Saddle shoes are as country club classic as they come, usually in neutral colors and traditional styling. W. Barton Walker stepped in to change all of that when he invented a shoe with a saddle that can be easily swapped out for a saddle of another color or style (the laces tighten the shoe and saddles can be swapped in less than a minute). Walker named the company after his two children, Jack and Grace, and now sells shoes in white, gray and black (for both men and women) and offers solid color saddles in more than two dozen colors, such patterns as houndstooth, gingham, zebra, florals and camouflage, as well as city, state and country flags, and both college and professional sports teams. The waterproof leather shoes are $160 and saddles are $40. jackgraceusa.com 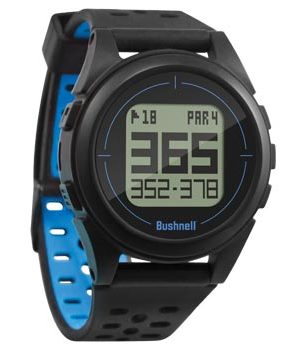 WRIST ASSURED From a form and function perspective, a watch that doubles as rangefinders certainly make sense. Bushnell’s iON2 GPS Golf watch uses Bluetooth technology and the Bushnell Golf app for automatic updates to 36,000-plus preloaded courses. Not only does the iON2 feature instant yardage measurements and distances for up to four hazards per hole, it also boasts a pedometer, odometer and a shot-distance calculator. The watch’s battery lasts three rounds before charging, has a reversible strap and sells for $180. bushnellgolf.com

SPECS APPEAL Count on Oakley to keep coming up with sunglasses that are as functional on the golf course as they are cool at the pool. That’s the vibe of the new Mercenary style sporting the company’s Prizm Dark Golf lens, which controls light transmission to maximize contrast and improve visibility as a golfer analyzes fairways and greens. The glasses feature a double bridge, updating the classic aviator look, and have an oversized shape, $173. oakley.com 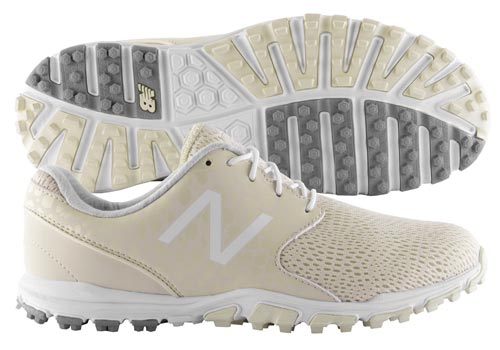 SNEAK ATTACK A woman can wear New Balance’s Minimus SL shoes from the course to the farmers market or lunch and none of her friends will be the wiser. The spikeless shoes are built to give the wearer the benefits she needs for golf, including breathable mesh uppers, insoles that cushion and wick moisture, plus foam in the mid-sole for both cushioning and stability. The rubber outsoles add durability, and at 6.6 ounces, they won’t weigh you down, $85. newbalance.com 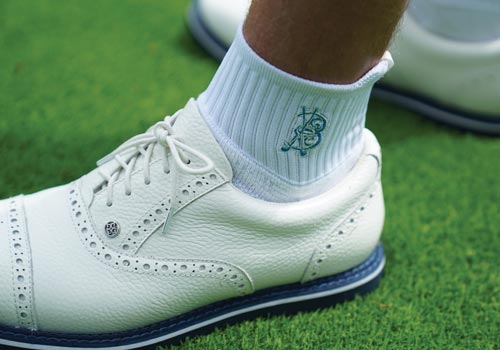 STEP AHEAD Socks might be among the most important but under-appreciated parts of a golfer’s wardrobe. Fit, cushioning, moisture management and comfort are key if you’re going to play your best. While they weren’t thinking just about golfers when they came up with the idea for a sock company in high school, Seattle-based entrepreneurs Jake Director and Riley Goodman were determined to build a better sock for athletes. They founded Strideline and have spent the last decade refining their designs, which now feature memory yarns that form to your feet, invisible toe seams, air vents and compression padding to provide support and breathability, and they don’t bunch or slip. They cost $10 for ankle-length styles, and $12 for mid- and crew-length styles. strideline.com 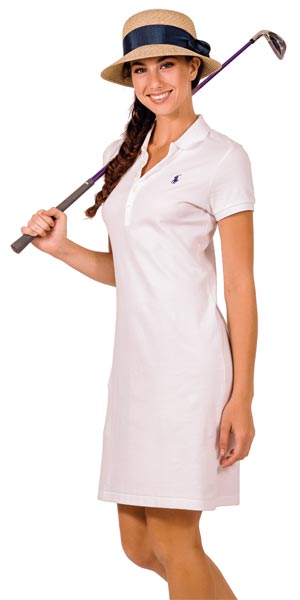 HATS OFF Golfers are taking sun protection seriously these days, which is why there has been an upsurge in fashionable, functional hats for both men and women. Designer Elissa Margulies and her husband Michael Ross first started Physician Endorsed in 2002 in Boulder. The company, now in Miami, constructs hats with tightly woven, natural fabrics, including cotton and linen, independently tested to guarantee sun protection of up to UPF 50+ (equal to SPF 30). Among the styles that are perfect for golf is the Spectator, which has an asymmetrical brim measuring 2.75 inches at the front to shield the face, $42.50. For retail outlets, check the website: physicianendorsed.com

TOOL TIME We’ve used all kinds of gadgets to repair ball marks on the green, but if you want to do it right, Pitchfix consistently earns kudos for its switchblade-style tools, and the Fusion 2.5 is a marquee product. The tool has a pronged metal retractable system that makes marks easy to mend. It also has a rubberized handle for ease of grip, a removable one-inch ball marker and even a built-in pencil sharpener, $16 at Dick’s Sporting Goods and Golf Galaxy stores. pitchfix.com

This article appeared in the 2019 April issue of Colorado AvidGolfer.

Style Editor Suzanne S. Brown is a former editor for The Denver Post and contributor to Colorado Expression.