IF WE JUMPED in a time machine and headed back to Denver in 1976, you might be amused by the fashions, cars and music. The real shock would come when you ordered a beer.

If you asked for an adult beverage made in Colorado, all you might have been handed was a Coors. Folks back then drove from hundreds of miles away to buy the hard-to-find Coors Banquet beer that famously had to be kept cold. Imagine a Colorado where there were no wineries, no other breweries, zero distillers, mead makers or cider producers (at least since Prohibition).

Flash forward to 2021 and the state boasts at least a dozen whiskeys as spectacular as any distilled in the U.S. The same goes for award-winning vodkas, ciders and wine and IPAs too numerous to mention. By the way, have you sipped the first-class sake crafted in Denver?

Finding a Colorado rum, stout or Merlot to love can be a challenge right now, since the state’s many tasting rooms and festivals have been on hiatus. While I haven’t sampled everything brewed and distilled in Colorado, over time I’ve found some go-to favorites in almost every beverage category. I value drinkability, not snob appeal. I like beverages I can enjoy every day, generally paired with food. Affordability matters, too. The state’s priciest bottles are not the only ones that are delicious.

The following thirst quenchers aren’t good because they are made here. They’re just good.

If you have a favorite Colorado-made fermented or distilled beverage, let me know at: [email protected]. 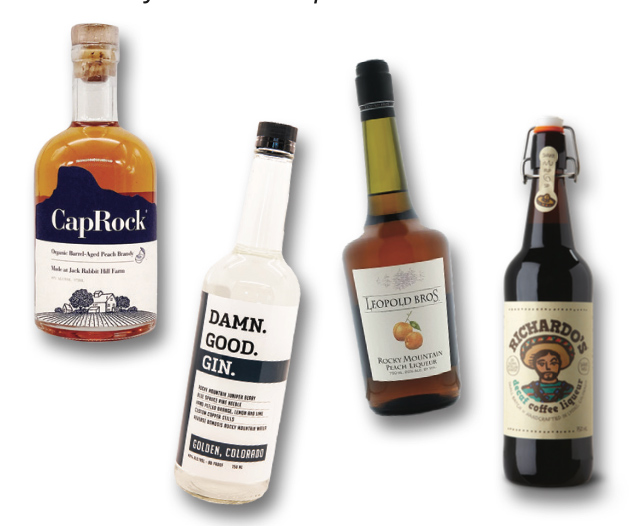 Crested Butte—not the Caribbean— produces a nearly perfect light rum with character and complexity. Aged for a year in former Laws Whiskey barrels, Platino is finished with a little Colorado honey. It’s great that Platino won Best White Rum at the World Rum Awards, but even better that it tastes just right in a Mojito, Cable Car or Piña Colada. montanyarum.com

There are plenty of good Colorado- distilled vodkas to pour if you’re a mix- ologist. When I want to actually taste the vodka, Syntax is the one I pour. Truly local, Syntax grinds, mashes, ferments and distills 100% Colorado wheat in Greeley. The crystal-clear result elixir rolls pleasingly over the palate without any harsh edges. syntaxspirits.com

Good gin that’s ideal for martinis—shaken or otherwise—comes in a bargain package. This aromatic Golden-distilled favorite is infused with mountain botanicals: juniper and pine plus citrus peel. state38.comstate38.com

Everything CapRock crafts in Hotchkiss from eau de vie to grappa is exceptional, but the star is this blissful brandy distilled from peaches grown by Ela Family Farms. Appreciate it in a snifter—a sip at a time. jackrabbithill.com/peak-spirits-caprock

Made in Lyons from locally roasted coffee, vanilla beans, sugar and grain spirits, the award- winning dessert treat is what Kahlua wants to be when it grows up. You get exceptional intense coffee flavor without that cloying sweetness. richardos.com

Denver’s stellar distiller produces a range of spot-on fruit-infused beverages, including this liqueur which captures the essence of Western Slope peaches in August. Besides in Bellinis, I like this peachiness on vanilla gelato or mixed into minty iced tea. leopoldbros.com

Colorado does a more-than-reputable job with some reds, but the altitude, intense sun and scary freezes are heaven for white grapes. The Storm Cellar harvests from one of the highest elevation Riesling vineyards on the planet. The result is this crisp, citrusy, floral and altogether delicious white that pairs nicely with seafood, chicken and vegan dishes. stormcellarwine.com

You can’t call it Champagne, but I’m happy to toast anybody with the Buckel Family’s charm- ing sparkling rosé. Their Palisade-grown Syrah grape juice finishes fermenting in the bottle, producing a naturally carbonated bubbly worth celebrating. buckelfamilywine.com 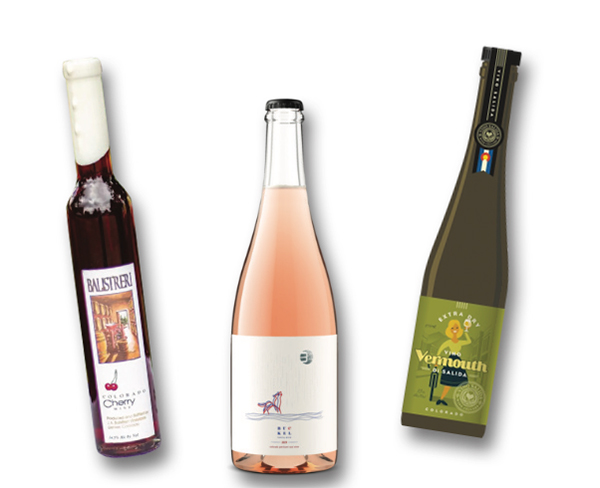 Made with the same tart Western slope fruit, this is like cherry pie in a glass. Unlike many overly sweet fruit wines, Balistreri’s Italian-influenced approach yields a beverage that is dryer, tarter and fruitier with a hint of almond in the nose. Note: This is what you serve with roast pork. balistreriwine.com 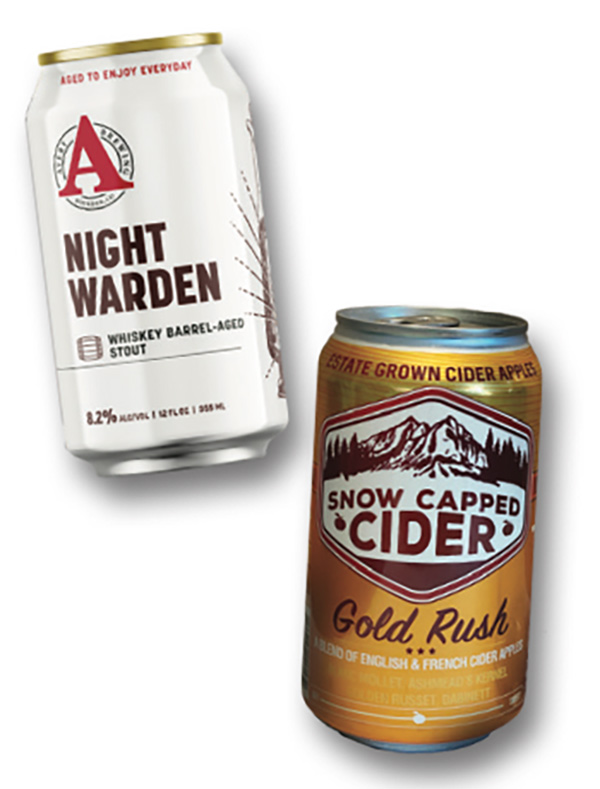 I love sipping a big stout, especially when it’s cool out. This Boulder-brewed canned stout has those satisfying dark malt taste balanced by vanilla and caramel notes from three months’ aging in whiskey barrels. It’s not too viscous and pours out a nifty creamy head. averybrewing.com

Yes, I know there are hundreds of fantastic ales—pale and otherwise— pouring out of local breweries. After tasting many of them, I’ve settled on Cannonball from Golden as an everyday brew. Why? Because it’s likeable and full of flavor without being obnoxiously hoppy. cannonballcreekbrewing.com

This semi-dry cider is so good it converts white wine and beer drinkers. Made with high-altitude-grown European cider apple varietals, Gold Rush pours golden into the glass with a wine-like complexity and ripe fruit flavor. Because it’s not very sweet, the cider pairs well with many cuisines. I love it with Thai green curry. snowcappedcider.com

A Coloradan since 1976, John Lehndorff is the former Dining Critic of the Rocky Mountain News and Food Editor of the Boulder Daily Camera. He hosts Radio Nibbles on KGNU.

This article was also featured in the Spring Issue of Colorado AvidGolfer.