Denver Golf Expo Gets a New Name and New Location 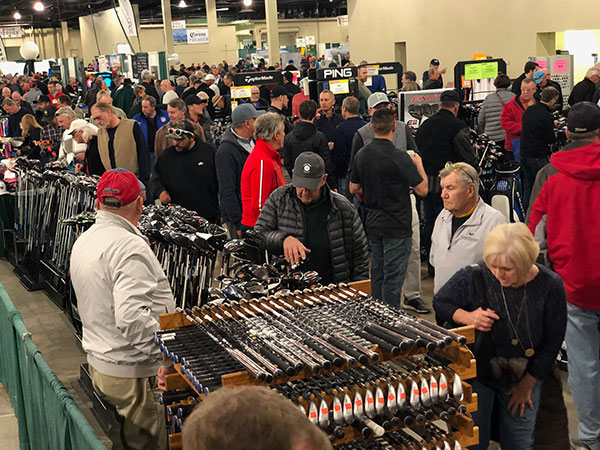 The golf season is already in full swing, and, apparently, so is the wrecking ball.

After closing for good on March 31, the Denver Mart at East 58th Ave. and I-25 is going be razed and redeveloped. This means the Denver Golf Expo—which took place at the complex every February between 1995 and 2020 (Covid-19 restrictions resulted in a 2021 virtual version)—has had to find a new home.

As of February 25-27, 2022, that new home will be the Colorado Convention Center (CCC) on 14th Street in Downtown Denver.

And along with a new location comes a new name. The Denver Golf Expo is now officially the Colorado Golf Expo.

The Expo’s owners, Mark and Lynn Cramer, made the announcement yesterday.

Famous for I See What You Mean, the 40-foot-tall statue of a blue bear peering into its glass exterior, the CCC won the contract for four reasons, according to the announcement: the stability of the operation; the professionalism of its presentation; its premier location; and the opportunity to attract a new audience.

Located in Hall F of the CCC, the three-day event will also occupy a bigger space than it had at the Mart—100,000 square feet, compared to approximately 85,000. Unlike the Mart, however, there will be no free parking, but attendees will have the convenience of light rail stop and 1,000 discount parking spaces (currently $8 a day) at the Center. “We’re going to work out some other parking deals and communicate that accordingly,” Mark Cramer assures.

The cost of the CCC, according to Mark Cramer, is “about 25 percent more than what the Mart charged, but that was consistent with the other four venues we looked at.”

Another line item is the Denver Theatrical Stage Employees Union, IATSE, which maintains union jurisdiction for the usage of material handling equipment. The Cramers plan to hire three or four union members to help exhibitors move in. “We’re going to do the best we can to make it smooth, inexpensive and easy for our exhibitors,  so they can focus on their booths and have a successful show.”he explains.

The added costs mean the Cramers will naturally have to raise ticket prices and exhibitor fees to the three-day event, which normally draws between 7,500 and 10,000 attendees and about 120 exhibitors.

“That would have been the case no matter where we took the show,” Mark Cramer says, assuring that any increase “won’t come close to 25 percent.”

As far as the “opportunity to attract a new audience,” Cramer believes that the pandemic-inspired golf boom will deliver first-time attendees, many of them relative novices. “Look who’s playing now!” he says, “It’s the TopGolf crowd that’s coming to the golf course and making it harder to get a tee time.” 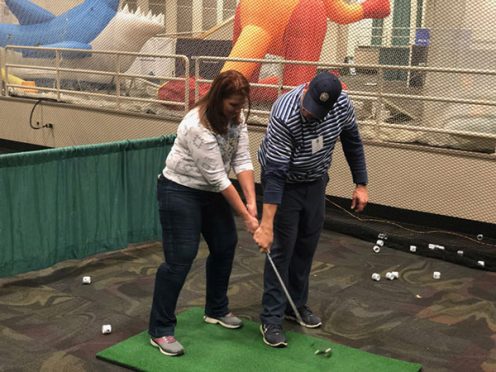 He acknowledges that those people—“and a whole crowd of others”— probably would never find their way to the Denver Mart’s location in the industrial area north of I-70 and south of I-76. “There was a perception that it was too low-end, that they didn’t want to be seen at a place where they had gun shows,” he says.

“I personally don’t understand it,” he continues. “I’ve talked to golfers in the south suburbs who’ll go to the Denver Home Show at the Convention Center but not the Golf Expo, because it was at the Denver Mart. One of our younger vendors, who lives in Aurora, couldn’t get the friends he regularly plays with to come, not even to support him.”

The Convention Center’s location, he admits “is cooler, I guess. It’s downtown, a place to be seen. There’s also the whole culture and community of people from LoDo, the Highlands, RiNo, as well as executives and people who work downtown.” The surrounding dining, entertainment, cultural and lodging options make the new location a big draw for out-of-town attendees and exhibitors.

Cramer says they will offer an exhibition worthy of the venue, upgrading some things and eliminating others—all while keeping the seminars, demos, lessons and hands-on experiences that have established the event as “the unofficial kickoff to the Colorado golf season.” 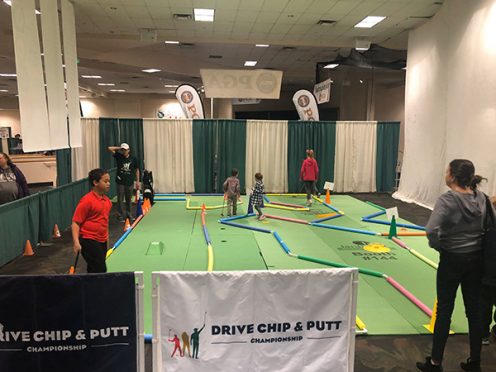 The irony of changing the name of the Denver Golf Expo to the Colorado Golf Expo at the same time the event is moving to the heart of downtown Denver isn’t lost on Mark Cramer.

But, he counters, “The fact that it’s going to the Colorado Convention Center means it’s a golf expo for the state.”

Cramer says he’d been “kicking around” renaming the event for about 10 years. He’d run the traps on trademarking the name, securing a URL and still, he said, it was “a hard trigger to pull, because of the money we had invested in the Denver Golf Expo, and when you start changing the name of something, you have confusion in the market.”

But when the Mart announced it was closing, he and Lynn decided “it was time.”

“Forced on us or not, with change comes opportunity,” Mark says. “I don’t want to be seen anymore as just Denver. This is all Colorado’s golf expo.”