Can Srixon Improve on its Previous Irons?

The Z85 irons solidified Srixon’s standing among Tour players and amateur golfers. Will the new ZX Family be any better?

We know, the timing isn’t great. Rather than rehash a press release on the day a new piece of equipment is announced, we tend to hang on until the week the item actually becomes available in stores and online before writing about it. Thing is, while plenty of companies are currently announcing the release of new products, not many of them are actually available.

Take Srixon’s new ZX5 and ZX7 irons. Srixon announced their arrival in the middle of November, but stated they wouldn’t actually be available until the middle of January. Often, interested parties are able to pre-order the item online and receive their new clubs the day they become generally available or soon after. However, that’s not how it works with the new ZX5 and ZX7 whose pre-sale begins on January 6th.  Anyway, there weren’t any significant items that became available this week (none we know of at least), so we’re featuring the new Srixon irons while acknowledging we’re in a bit of a no-man’s-land between announcement and availability.

The new ZX Series replaces the Z85 family which bolstered Srixon’s reputation in the iron market significantly. Actually, Srixon has been a strong force in irons for 6-7 years going back to the Z25 (Japan only) and Z45. The ZX5 replaces the Z585 and is at the better-player end of the game-improvement category, while the ZX7 replaces the Z785 and is strictly meant for better players. Also new is the ZX Utility which offers a significant upgrade over the Z85 Utility.

The ZX5 and ZX Utility offer a new Srixon technology that will certainly be of interest to players who don’t hit the sweetspot with any great consistency.  Called ‘Mainframe’, it was developed using Artificial Intelligence (AI) and is a pattern of grooves, cavities, and channels pressed into the back of the high-strength SUP1O Steel face (the body is forged from 1020 carbon-steel). Basically, the Srixon super-computer ran millions of tests in creating the variable thickness pattern which is designed to maximize ball-speeds no matter where on the face contact is made…’forgiving’ in old money.

Other game-improvement (or rather ‘performance-enhancing’) features include tungsten weighting in the toe to pull the ideal hitting area more into the center of the clubface; a hollow head to allow efficient face-flexing; a VT Sole which bypassed the Z65 and Z85 series but makes a welcome return here and which moves through the turf effectively; and strategically-positioned, progressively-designed grooves.

In the 3-7 irons, the grooves are shallower, wider, and further apart allowing for a touch more backspin and greater carry distances. In the 8-PW, they are deeper, narrower, and there’s more of them which should generate more consistent spin on shorter shots.

The ZX7 is forged from a single block of 1020 carbon-steel and does not feature Mainframe but rather a little extra weight positioned behind the center of the clubface to improve feel for the better players who strike the sweetspot more consistently. That weight was taken from the perimeter which inevitably means a slight loss of forgiveness and lower Moment of Inertia (MoI). The shorter blade length likewise reduces the club’s MoI. A little tungsten toward the toe, however, gives the MoI a little boost and enables the ZX7 to be a little more forgiving than a traditional muscleback iron.

The ZX7 benefits from the same groove pattern and VT sole as its more forgiving sibling.

The ZX Utility boasts Mainframe and its looks have been enhanced by removing the Z85 Utility’s back muscle from the 2 and 3-irons. It certainly has a more streamlined appearance – more compact from back to front, and a narrower sole – which causes the Center of Gravity (CG) to rise slightly. That’s not ideal in a long utility club, certainly, so Srixon added a little tungsten to the sole to keep it down.

Mixing the sets to build your own custom configuration is a definite option and actually recommended by Srixon. 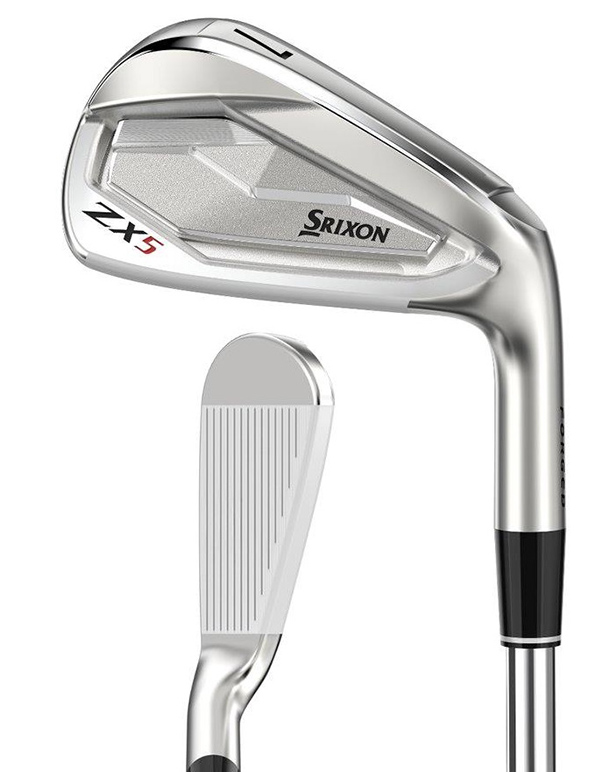 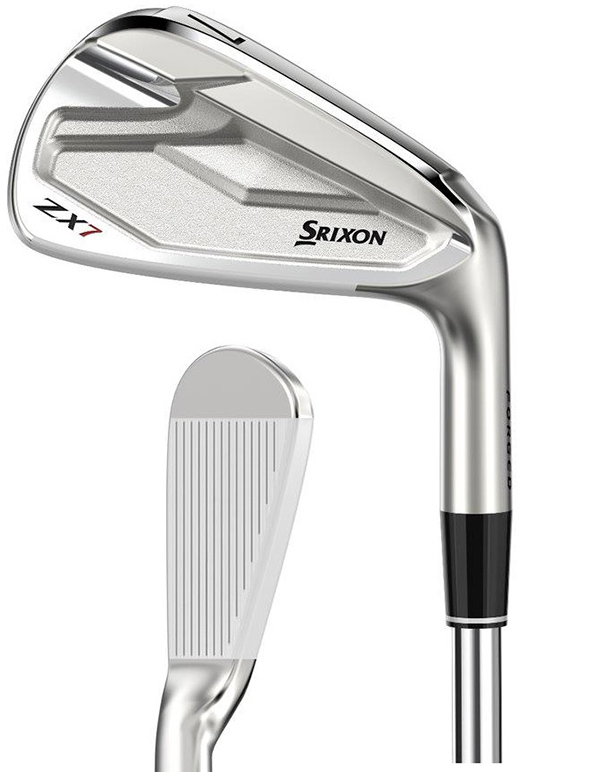 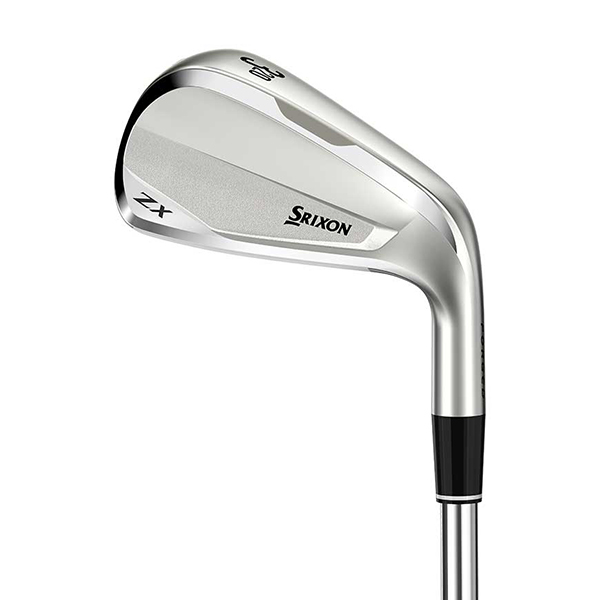