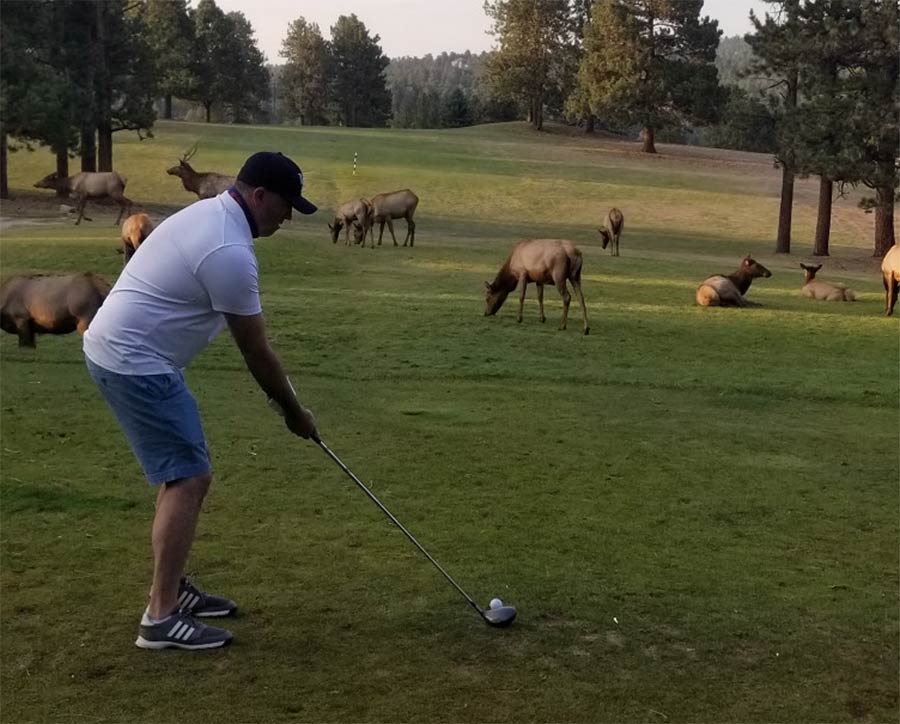 In the messed-up year that was 2020, Zak Bornhoft’s desire to be “out in nature” last Fall at Evergreen Golf Course resulted in the most messed-up round of the Colorado golf season.

There are days when your head tells you that, for whatever reason, maybe you should pass on that tee time you’ve got scheduled. But your heart, filled with the love of the game, understandably gets the final word.

So it was for Zak Bornhoft as he approached the first weekend of October 2020. A father of seven, Bornhoft says he’s lucky if he gets out 10 times a season, but this year had been especially good, he and a group of friends managing to play a number of Denver-area courses on a regular basis. When one suggested they try to move away from the city for their next round, he was game, but in the days leading up to the reservation he accidentally kicked something, bruising one of his big toes.

“I don’t even remember how it happened; but the day before (the tee time), I took my clubs out and started swinging and it was like, ‘Man, this really hurts,'” he said. “I thought about not playing, but at the end of the day I decided it was a chance to be out in nature, so even if I wouldn’t be able to play my best, just being there, breathing the air, it would still be a great day.”

And so it was that Bornhoft found himself at Evergreen Golf Course on October 3. 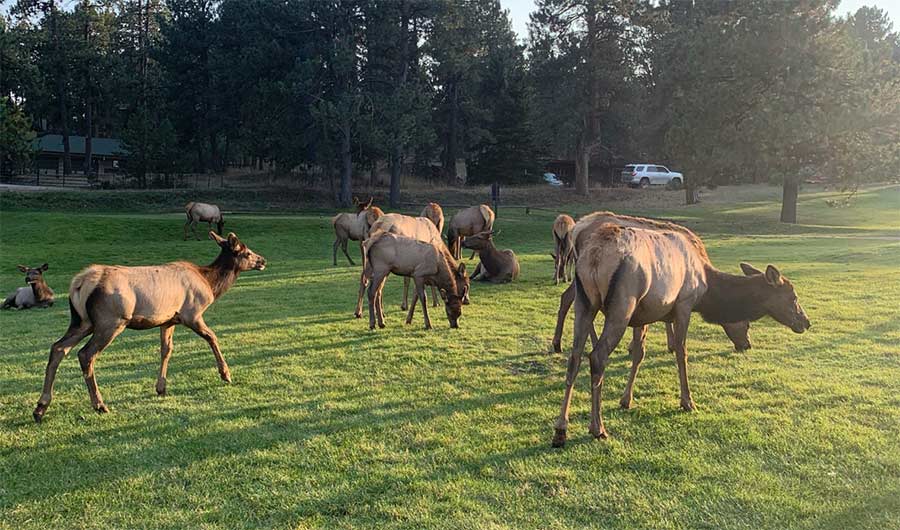 It would be hard for even the most casual golf fan in Colorado (or anyone with an internet connection) to be unaware of what happened next. After teeing off on the 17th hole, Bornhoft, sitting on the passenger side of his golf cart, was charged and gored by one of the many elk roaming on the outskirts of the course. Bornhoft says the bull’s antler penetrated nine inches into his side, nearly slicing one of his kidneys in half as it moved from one side of his back through the other.

“My urologist told me it was about a half an inch away from ending my life,” he said.

Bornhoft would spend five days in the intensive care unit at St. Anthony Hospital in Lakewood as doctors not only struggled to save his kidney, but to figure out how to treat the infections that resulted from the attack. Speaking this week, almost three months after the incident, Bornhoft said he’s well on his way to recovering—”I would say I’m at about 80 percent—but I’m definitely not doing any somersaults or jumping jacks by any means…

“I still have a kidney issue, and there’s some nerve damage…it’s (recovery) still a process.”

Not surprisingly, Bornhoft says he can recall everything that happened “like it was yesterday.” Told before they teed off that there would a number of elk out on the course, he said his group could hear them throughout the day, but never really saw any until later in the round.

“They were just herding out on 16 and 17; it was a hell of a sight—there were elk all around us, a couple of really big bulls,” Bornhoft said. “They weren’t staring us down or anything, but they just look so intimidating with these massive antlers—they’re just these big, huge beasts.

“So they were out there when we teed off on 17; I’m a good enough golfer that I knew I wasn’t going to hit one and trigger some sort of incident—I hit away from them and way over them. But when I got in the cart, I saw this bull just staring us down; I remember putting my hand on the knee of the guy I was with and saying, ‘Look, he looks like he’s gonna…’

“And as soon as I said that, he charges.”

“During the rut, the bulls collect their harems and very aggressively will defend them, so it could definitely see a golf cart or people nearby as a challenger,” he said.

Bornhoft’s story adds a unique chapter to a year that has seen golf engaged in a delicate dance with the novel coronavirus and the sorrow the global pandemic has unleashed onto the world. While he wasn’t afflicted with COVID-19, Bornhoft says his experience nevertheless provided a window into the work being done by healthcare workers in Colorado and elsewhere.

“It’s just pretty special, man; I thankfully wasn’t infected (with COVID), but I still got to see another level of health care—they worked through everything on one problem and then another and then another…I can’t express the appreciation I have for them.”

Bornhoft says he’ll be thinking of them whenever he’s able to return to the course. Right now his physical activity is largely limited to short walks in his neighborhood, but he’s hopeful that the golf gods will ultimately reward him for his trials by providing an improved swing whoever he tees it up again.

“I can totally see it—I’ll go out there and start shooting in the 70s, and I’ll be like ‘Oh Yeah…’

And, like any golfer who laments the shots he or she left out on the course during a round, Bornhoft says there’s a part of him that would be interested in finishing what he started at Evergreen that October day…but chances are, he admits, the memories of what happened probably won’t allow him to return.

“I’ve seen some stories about what happened to me and people in the comments say stuff like ‘Oh man, I’ll take that risk, getting charged by an elk.’ I heard later that three different carts got charged that day—there could have been other people in the hospital.

“Yeah, I want to compete and play well and finish my round, but at the same time, the main thing is being able to hold my family tighter and tighter to me each day because you just never know what’s gonna happen.”