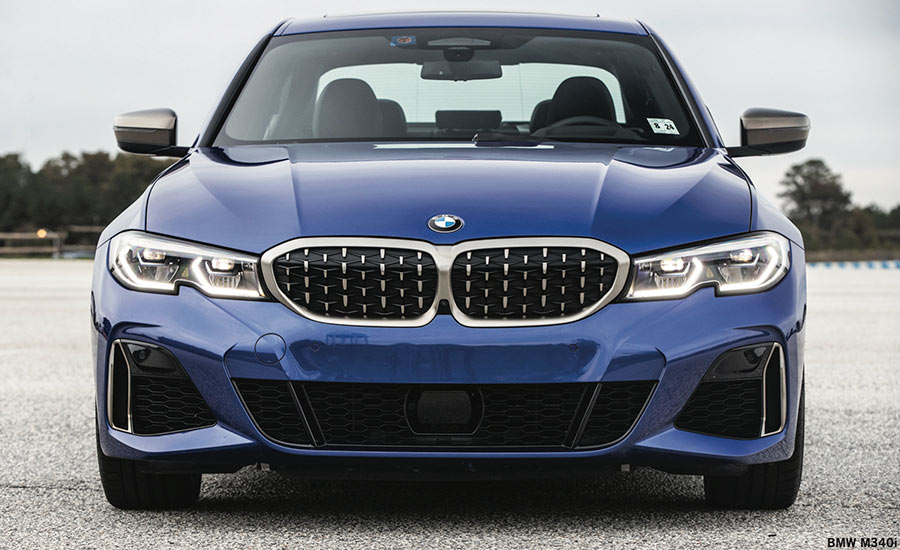 For decades, the BMW 3-series sedan was the benchmark of sports sedans. But its last generation opened the door for models like the Infiniti Q50 to snatch the crown.

And while the early versions weren’t up to the task—being blighted by poor infotainment interfaces and simply atrocious, drive-by-wire steering on loaded models—the new Q50 Red Sport 400 appears primed to make a run at the pride of BMW’s 7th generation G20 series, the M340i.
The M340i represents a return to form for BMW. Its steering is improved, with better accuracy and a smidge more feedback. However, the Infiniti actually has the better tiller—as long as you avoid its Direct Adaptive Steering package—and much less vertical motion in its stiffer settings (both cars have adjustable dampers) and excellent body control up to about 90 percent of the limit.

Beyond that, however, the Infiniti doesn’t quite comport itself as well as the M340i. Its AWD system doesn’t shuffle power to the rear as quickly as BMW’s xDrive, and it doesn’t have a rear differential that moves it from side to side.

Infiniti has also added Apple CarPlay and Android Auto to the Q50’s twin screens, which in one stroke cures the most serious ill of the out- going interfaces. While tolerable, it is still not up to the level of BMW’s superb, class-leading iDrive system.

The M340i is much roomier in back, import- ant if one often has more than a single passenger, and trunk capacity and accessibility are much better in the Bavarian. Both machines are more than fast enough; the 400hp/350lb-ft twin turbo V6 in the Infiniti gets it to 60mph in 4.5 seconds. Its 7-speed automatic teams well in daily use, though it doesn’t respond to manual commands like the 8-speed ’box in the BMW.

Powered by a new family of inline six called B58, the M340i is a rocket sled; 0-60 in 3.8 is performance that would shame an M3 of just a decade ago and it almost certainly makes more power than its rated 382hp/369lb-ft. Both engines are smooth and sonorous, but the BMW has to use electronic enhancement to get a good growly note whereas the Infiniti does it the ol’ fashioned way, with just intake and exhaust.

In some respects that goes to the heart of what makes the Red Sport 400 special: While it isn’t the fastest, nor best handling at the limit, it has copious amounts of character. It feels like one of the last great analog sports sedans. Its bones are taken from the G37, a car that always ran a close second to the old 3-series for driver satisfaction. 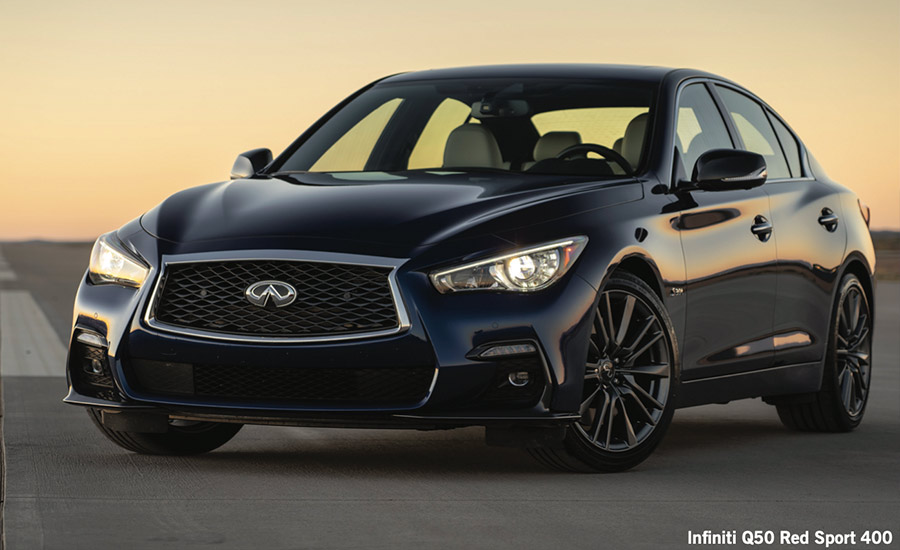 Like a vinyl album played on an expensive turn- table, the Q50 is warmly comforting. The M340i is more of a digital creation—albeit a high resolution, 24bit/196kHz one, with the kind of acceleration, braking and cornering only the latest tech can generate. Either is a wonderful tonic in an age where high-riding crossovers have become the norm and deliver satisfaction few of those “hot hatches” can match.

The Colorado Golf Association, Colorado PGA and The First Tee are among the groups that have benefitted from the state’s annual philanthropic effort.

Could one of these recent launches herald a magical new era for you on the greens?

GOLFTEC: Get Your Ball to Stop, Drop and Barely Roll on the Green

Wilson’s new Staff Model R golf ball has no paint. How does that affect its performance?