Callaway Continues Piling on the Heat with 2018 Rogue Driver

No sooner than TaylorMade launched its 2018 drivers, Callaway fired back with its latest model. The 2018 Callaway Rogue Driver is the next hit in the company's red-hot driver push. 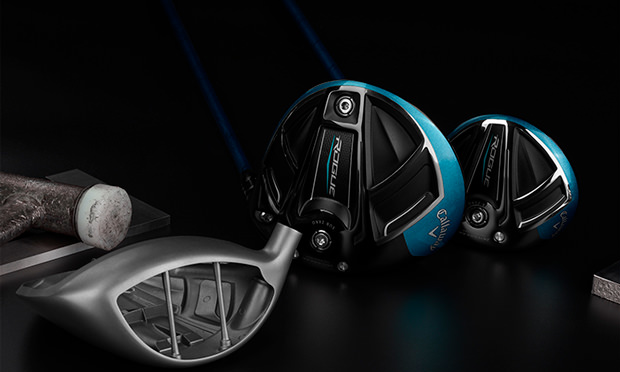 No sooner than TaylorMade launched its 2018 drivers, Callaway fired back with its latest model: Rogue.

The driver wars reached DefCon 2 (not quite 1 because the companies’ employees weren’t actually hurling drivers at each other) recently when Callaway’s nearest competitor responded to 2017’s most successful driver – the GBB Epic – with its M3 and M4 Twist Face clubs. Callaway then took all of two weeks to respond themselves with the new Rogue driver.

To be fair, though its appearance was interestingly (and provocatively?)-timed, Rogue isn’t really a response to the M3 and M4 but rather a progression of the Epic story. Epic was all about greater ball speed, created by Jailbreak Technology – two vertical, head-stiffening, titanium rods connecting the sole and the crown. Rogue, available in stores February 9th, retains the rods, and thus offers the same ball speed gains. But it is also designed to be more forgiving on off-center strikes, making those gains available across a larger section of the face.

Callaway says the Rogue features ‘enhanced Jailbreak Technology’. Instead of Epic’s straight up/straight down rods, those in the new driver have an hourglass shape and are 25% lighter. They therefore perform much the same task but give Callaway a little discretionary weight to play with.

A larger triaxial carbon-composite crown than that on top of the Epic, also gave Callaway engineers a few extra grams to position low and back in the clubhead, thus lowering the center of gravity (CG), increasing the launch angle, and giving the club a significantly higher Moment of Inertia (8,800 kgm2) than that of both the Epic (8,000 kgm2), and the club Rogue pushes out of the Callaway line-up – the XR16 (7,500 kgm2).

“Any driver over 7,000 is considered a forgiving driver,” says Jeff Newton in Callaway’s Communications Department. “And Rogue is considerably more forgiving than Epic.” 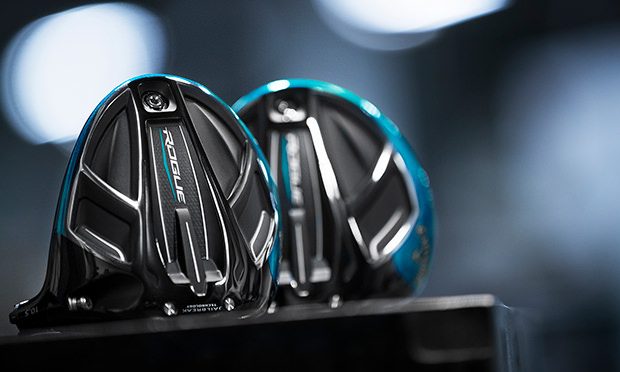 To create greater ball-speed from those pesky off-center hits, a new X-Face VFT (Variable Face Thickness) has been designed whose center is slightly thicker than the area around it.

“The X Face is a brand new Variable Face Thickness face,” says Newton. “Over 100 points were mapped to determine the optimal thickness for maximum COR/ CT.”

And Callaway has once again teamed with Boeing (which it first did two years ago when developing the XR16) to create an aerodynamically efficient clubhead.

[easyazon_image align=”right” height=”160″ identifier=”B078J5HSYZ” locale=”US” src=”https://images-na.ssl-images-amazon.com/images/I/41ppsAJqoiL._SL160_.jpg” tag=”coloradoavidg-20″ width=”124″]A Draw version (pictured at right), in which the 5g back weight has shifted away from the center-back position to a spot nearer the heel, is also available. According to Callaway, this heel weight provides seven more yards of right-to-left bias than the Epic with its sliding weight pushed all the way to the right (heel). Compared to the standard Rogue, it has 17 yards of draw bias.

And, like the Epic, Rogue also has a Sub-Zero version for golfers who create too much spin and prefer a lower, more penetrating ball flight. The Rogue Sub-Zero has two sole weights – 2g in the back and 14g directly behind the leading edge. You can swap them, but with the heavier weight up front, the club creates roughly 200rpm less spin. You’ll generate about 300rpm less spin with the Rogue Sub-Zero than you will with the standard Rogue and the Epic Sub-Zero.

Rogue is already the most popular driver among Callaway staffers and, as more get fit, the number is only going to rise. You’ll pardon the rather lame attempt at a joke, but it looks like another epic year for Callaway drivers.