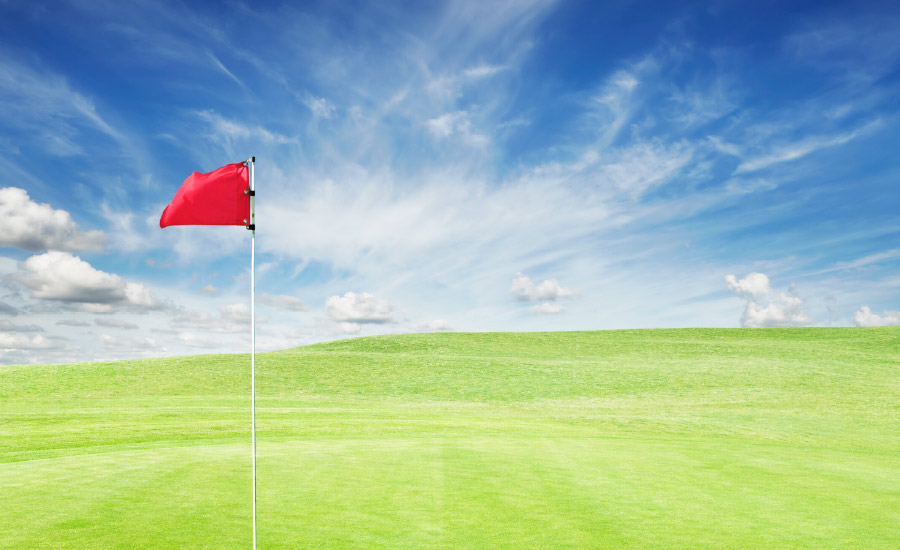 One of the first rules of golf, according to the COVID-19 handbook, is that if a player is feeling under the weather, he or she shouldn’t come out to the course.

So it was that, on the first day of the first tournament event of the Colorado Golf Association’s 2020 season, Robert Duke, the Director of Rules and Competition didn’t watch the opening round of the Senior Four-Ball from the host venue, Thorncreek Golf Course in Thornton, but rather on a computer screen from his home office.

Under normal circumstances, a bout of tonsillitis wouldn’t be enough to send an official to the sidelines, especially for a tournament event that was pushed back for months because of the novel coronavirus, but because of the abundance of caution that’s surrounded the return of golf in the wake of the pandemic, Duke said it wouldn’t be fair to hold himself to a different standard than what participants around the world are being asked to follow.

So there he was Tuesday, alternately hitting the update key and scrolling down through the field.

“I’m trying to enjoy it vicariously through the players; I got a couple of texts and emails from some of the guys, saying they missed me,” said Duke. “If they had a good time, I had a good time too.”

While it may be hard to gauge the happiness of the players at the bottom of the leaderboard, there were certainly smiles on the faces of John Hornbeck and Victor Minovich, who finished the opening round of the three-day event in first place after shooting a 5-under-par 67. Seven other teams were within two shots of the leaders.

Last year’s event was played in April–and featured a round being called off because of snow. That would be regarded as a mild inconvenience today, given what’s transpired over the last few months. With any number of tournaments, and events like local qualifying for USGA championships being canceled in the wake of the pandemic, there might have been some question as to whether any kind of season would take place. Now, play is resuming, albeit with numerous changes and adjustments.

Instead of a shotgun start with 60 teams, for example, the Senior Four-Ball is featuring tee times off the front and back tees for 48 teams. As the majority of golfers at their local courses have experienced, there are no rakes in the bunkers, and foam noodles in the cups, eliminating the need for participants to touch the flagsticks.

The latter point is a bit of a change for players who, until last season, likely reached Senior status only knowing the rules-mandated need to take out the flagstick before holing out. But that’s nothing compared to another of the COVID-mandated changes. To make the tournament as touchless as possible, scoring at the event is being done electronically, with players required to download an app on their smart phones.

That led to what had to be a first-time experience for some of the players–accessing QR codes.

“It’s the touchless thing,” Duke said. “You can’t very well go, ‘Here, give me your phone and I’ll set the app up for you’–your phone is probably your biggest touch point in your life right now. But Ashley Barnhart (the CGA’s managing director of golf operations) had this great idea to put the QR codes on sandwich boards at the course.

“It helps remove those touch points–people scan it on their own phones and it brings the app right up.”

Just as the gust of wind that blows a shot off line, or the putt that lips out of the hole is inherent in the nature of golf, chances are that, despite all the thinking and good ideas being displayed this week, something could go awry. But for one day–with the hope that there are many, many more of them to come–CGA tournament golf was back.

“You do a lot of planning and thinking, and to have it go off without a hitch is really a good thing–I didn’t experience it, but I heard about it,” Duke said. “It was only Day 1, but now that everyone’s done it, hopefully we’re on the downslope as it were.”

The Rounds of Silence

For Colorado’s homegrown PGA TOUR players Mark Hubbard and Wyndham Clark, nothing’s healthier than competition—even if nobody’s coming to cheer them on.

Right now, a computer (and an ever-ready credit card) are as essential as the latest equipment for mini-tour golfers like Nick Mason, who see their

Both golf elites and up-and-comers will make the 2020 CoBank Colorado Open at Green Valley Ranch one of the best events of the season.

Thanks to the holistic approach of its owners, all is very well at the Garden of the Gods Resort and Club.