TaylorMade SIM: The Shape of Things to Come? 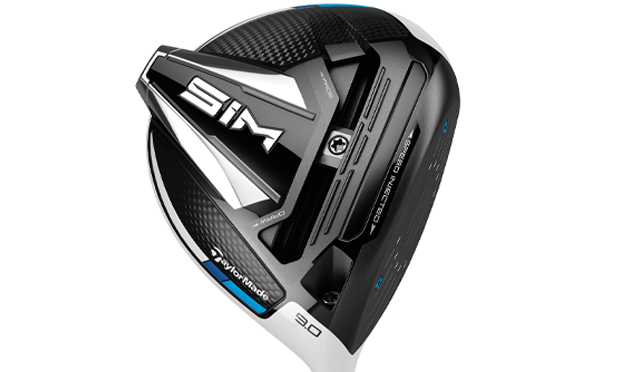 The design of the new TaylorMade SIM driver focuses on geometry.

The skeptic looks at a large company like TaylorMade (not wanting to single them out; it could be any mega manufacturer) and says that while it admittedly employs skilled engineers, metallurgists, designers and other technicians, the onus on it remaining a billion-dollar concern sits squarely on the shoulders of marketing personnel who’ll dress up whatever the design department gives them and convince consumers every minor cosmetic change or complex-sounding, oddly-spelled innovation will improve their golf considerably.

The skeptic then responds that TaylorMade (or Callaway or Titleist…) is simply “rejiggering” all the tech they already have into a new package, passing it off as something new with an exciting marketing campaign when there’s really very little, if anything, new.

It’s an easy, though rather lazy, argument to make. And we’ve all done it. 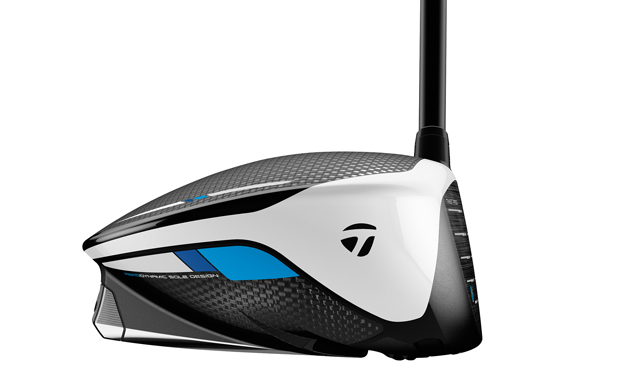 The committed gearhead on the other hand, while acknowledging that today’s advances aren’t nearly as newsworthy as persimmon to steel, steel to titanium, or titanium to multi-material, knows that often the cleverest “rejiggering” of existing technology can have a seriously attractive effect on a club’s performance, and that compelling advances in club performance don’t necessarily come with the most compelling story.

Such is the case with SIM, TaylorMade’s new driver which can be pre-ordered starting Friday and will be available at retail on February 7th.

Of course the marketing department is beginning to ramp up its operation. But although the prerequisite level of research and science no doubt went into its development, the story of SIM is really quite simple.

SIM stands for “Shape in Motion” which, as acronyms go, is a bit vague and perhaps a little uninspiring. A driver’s head shape isn’t quite as stimulating as say, adjustability, movable weights or new materials. But the shape of SIM addresses a generation-old dilemma that has persistently confounded driver-makers–the more forgiving a driver and the higher its Moment of Inertia (MoI), the less aerodynamic it tended to be. It followed that the more a driver focused on aerodynamics, the more its shape prevented its makers from positioning the Center of Gravity (CG) low and back in the head. So, if you needed more forgiveness you needed to give up a little clubhead speed, and vice versa. 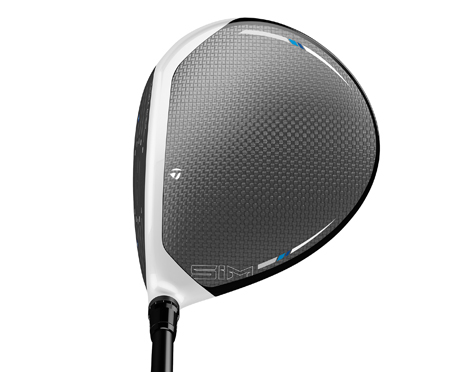 To improve the SIM’s aerodynamics, the crown and skirt are both raised slightly, but that pushes the CG up–not ideal. To push it back down to where it should be, the crown is a lightweight carbon composite material, and TaylorMade added a weighted keel, or rudder, to the back of the sole it calls the ‘Inertia Generator.’

There was a slight problem, though. While the Inertia Generator had the desired effect of allowing engineers to create an aerodynamically-shaped head while keeping the CG low, TaylorMade found that if this weighted keel were oriented straight, it affected clubhead speed negatively in the final approach to impact–where the greatest acceleration in clubhead speed occurs.

Through extensive speed tunnel-testing, TaylorMade discovered that angling the Inertia Generator from heel to toe enabled them to maximize clubhead speed.

The flagship of the new releases, the SIM has a 12g steel weight in its Inertia Generator and is the only model to offer movable weights–in the form of a SLDR-like heel-toe track allowing you to set a fade or draw bias. The front-to-back track from the M5 is gone, the weight positioned low and back in the Inertia Generator instead. A 460cc club, but with the smallest face of the three.

The model with the biggest MoI thanks to the 18g in the Inertia generator. 460cc, but face is 8% larger than that of the SIM.

The ‘D’ stands for Draw which the internal, heel-bias weight and skewed top-line (which makes the driver look more open at address helping golfers close the face at impact) are designed to promote. Also a 460cc clubhead, but the face is 18% larger than SIM’s.