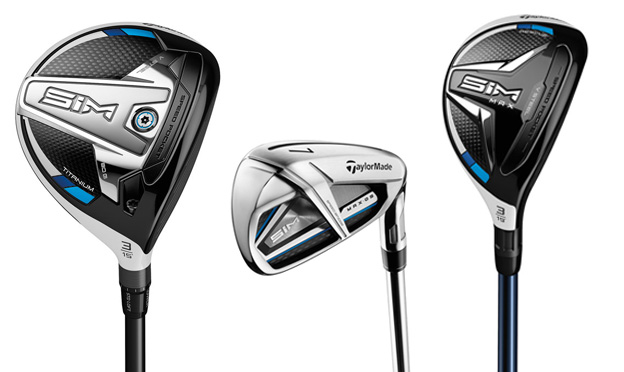 The new TaylorMade SIM (Shape in Motion) fairway metals and hybrid draw on a familiar shape from the past.

As with the SIM Driver, there are three models – SIM, SIM Max, and SIM Max•D designed for three types of golfer each seeking a different launch angle, spin rate, level of forgiveness and shot shape.

The leading edge on each model is more rounded than on the predecessor which improves, or rather reduces, turf interaction, meaning very little energy is lost when the clubhead contacts the ground. Each model features Twist Face and a Speed Pocket technology designed to increase ball speeds but especially when contact is made low on the face. Likewise, all three have a composite carbon crown which, when paired with the V Steel sole, lower the Center of Gravity (CG) and help raise your launch angle. The ‘chalk’ white front is there to help frame the ball and improve alignment.

A 180cc clubhead combining the composite crown, an 80g steel sole weight and a revolutionary titanium face material called ZATECH pushes the CG in the SIM Fairway extremely low. This generates increased ball speed, higher launch and improved forgiveness on low-face hits. This is the first time TaylorMade has used ZATECH which is extremely strong and durable and made only in small quantities by a single overseas manufacturer. The SIM titanium fairway is engineered for crazy distance with adjustability through the Loft Sleeve.

The lowest-spinning of the three models, the SIM is the only one to offer the 2° adjustable loft sleeve.

The 185cc SIM Max and 190cc SIM Max•D are both $100 cheaper than the SIM because of the face material – C300 steel as opposed to ZATECH. The C300 is certainly strong and isn’t a cheap alternative as PING uses it extensively, though its performance characteristics aren’t nearly as impressive as ZATECH.

The Max•D possesses a draw bias and is the most forgiving of the three SIM fairway metals.

Now we really are packing a lot of technology into a small head. There’s Twist Face and Speed Pocket for starters, and this highly versatile hybrid also comes with the same V Steel sole as the SIM Fairway metals. Also, let’s not forget about the C300 Steel face. The noticeably more-rounded leading edge cuts through turf easily just before impact, and the adjusted face-angle is designed to give the SIM Max Rescue a confidence-inspiring shape.

Best of Both Worlds

Read the promotional material for TaylorMade’s new SIM Max irons and you can’t help but feel there’s a problem. While the redesigned Speed Bridge beam (TaylorMade’s answer to Callaway’s Jailbreak driver technology first appeared in the M5 and M6 irons) that connects the lower back bar of the cavity to the thick top line stabilizes the clubhead preventing unwanted vibration, the Thru-Slot Speed Pocket, which stretches from heel to toe creating what TaylorMade terms a ‘free-floating face’, increases spring-like effect and ‘allows the face to hinge upon the topline for enhanced flexibility’.

Eh? Stability and flexibility in the same clubhead? Fret not as according to TaylorMade its engineers were able to optimize the relationship between the stiffness of the Speed Bridge and flexibility of the face. The result, says the company, is a ‘thinner and faster face with a larger sweet spot compared to the M6. 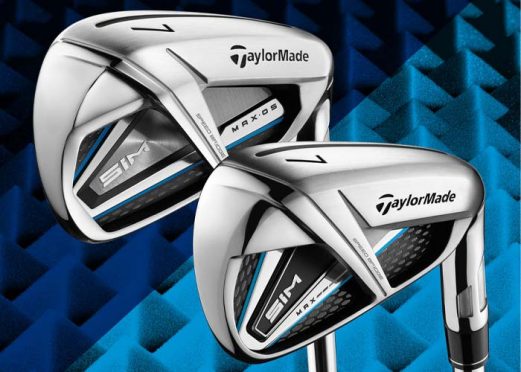 The width of the face is 17% thinner than that of the M6 at just 1.5mm, and improved Inverted Cone Technology sees the ICT positioned in the center of the face on mid irons, but towards the toe in long irons to effect a draw bias and minimize the miss to the right.

A lightweight, fluted hosel with a 360 undercut shifts mass from high in the club to the bottom of the sole to lower the CG.

The Sim Max OS iron features a taller face, wider sole, and stronger lofts than the SIM Max, making it the longest iron in the TaylorMade lineup.

PrevPreviousTaylorMade SIM: The Shape of Things to Come?
NextMAVRIK from Callaway is a Real BreakthroughNext