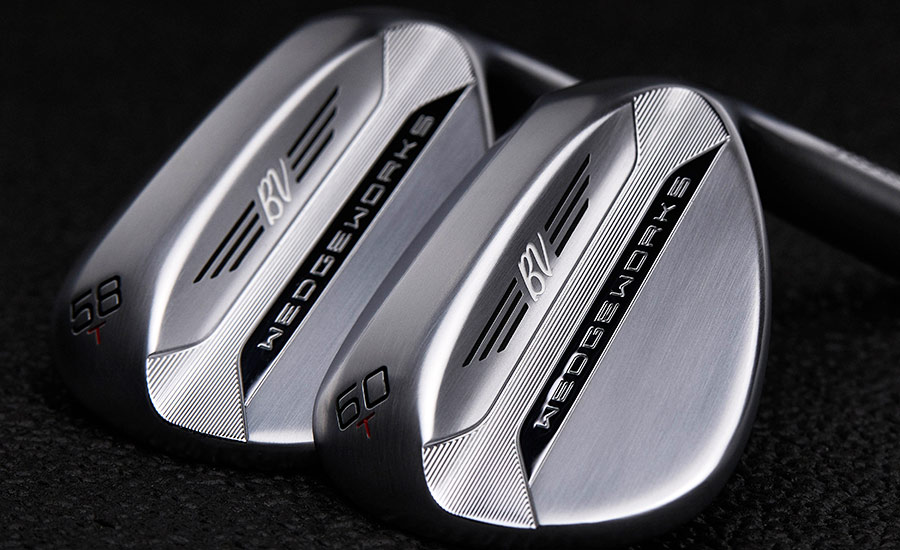 The Vokey WedgeWorks T Grind will make short-game shots off tight lies so much easier.

Pandemics, it seems, do nothing for your short game. At least, that appears to be what the club makers believe. In the last few weeks, we’ve seen a rash of wedge releases that suggest the OEMs think our pitching, chipping, and bunker play were the most negatively-affected by lockdown. At the end of May, Callaway released its JAWS MD5 Raw Wedge and Cobra followed with the King MIM Black Wedge. One of the most successful infomercial golf clubs ever—the F2 Wedge – reemerged, and Cleveland has updated its always-impressive wedge line with the new RTX ZipCore—story coming August 10th, the week it hits stores and the Cleveland website (though you can pre-order it there now). TaylorMade also introduced its MyMG2 Program enabling amateur golfers to customize their Milled Grind 2 wedges just like the stars.

And earlier this month, Titleist Vokey added the T Grind to its WedgeWorks line whose tech (spin-maximizing micro-grooves, and lengthened hosels and toe-weighting which together push the Center of Gravity forward. That, says Vokey, produces ‘improved distance and trajectory control, better feel and a clubface that simply wants to square up at impact for more consistent results’) mirrors that of the acclaimed, mainstream SM8 wedges which debuted at the beginning of the year with six distinctive sole grinds—D, F, K, L, M, and S.

The T Grind has been around for a while. Vokey developed the ultra-low-bounce, narrow-crescent-surface wedge when he worked with Tom Pernice during the Kansas City native’s most productive years on the PGA Tour. Pernice was regarded as one of the game’s top wedge players during the first decade of the 21st century when he earned well over $12m. Jordan Spieth first used it in college almost ten years ago and Justin Thomas has become a fan in the last couple of years, using the T Grind to good effect during the 2019 Presidents Cup at Royal Melbourne where he excelled off the firm, tight lies, earning three and a half points out of four on the first two days (Thomas carries the low-bounce K Grind to tournaments as well as the T Grind and considers course conditions before choosing between them.) Ben An is another T-user, and it’s growing in popularity on the European Tour where conditions are invariably firmer. Indeed, the WedgeWorks T Grind was scheduled to be launched in conjunction with the Open Championship at Royal St George’s where the four-degree bounce would have been ideal for pinching pitch and chip-shots off tight, sandy lies, and getting down under the ball in the bunkers where the sand is incredibly dense and firm—even a moderate-bounce sand wedge is not ideal in links bunkers as the club is liable to bounce off the sand and hit the equator of the ball drilling it either into the bunker face or whizzing over the green—something to bear in mind if you’re headed over the Pond at any point.)

As it’s a WedgeWorks club, the list of customization options is extensive:

The shaft, grip, shaft band, and ferrule can also be customized (check website to view options).