While some hold grimly to the belief Mizuno is a forged blade company, crafting nothing but elegant, Tour-player blades and highly-desirable muscle-backs, JPX has been around plenty long enough in the US, and has proven sufficiently successful, to prove these folk are stuck hopelessly in the past. Indeed, while blade buffs were pouring over pictures of the company’s gorgeous MP-20s or some other MP model from the recent past, the cast, game-improvement JPX Hot Metal and Hot Metal Pro were becoming Mizuno’s best-selling irons…by far!
Of course, Brooks Koepka’s remarkable success with JPX irons, beginning with his win at the 2017 US Open at Erin Hills and ‘ending’ at the 2019 PGA Championship at Bethpage Black, helped elevate their status to a level well beyond that of mere game-improvement clubs.

The five new JPX models—forming the JPX 921 family—Mizuno announced early in August and which will be available at retail starting tomorrow (Thursday 17th) will likely enhance the franchise’s reputation still further.

Top of the range, or the club targeted at the best players at least, is the JPX 921 Tour which isn’t all that dissimilar to the club it replaces—the JPX 919 Tour. The soft feel hasn’t gone anywhere thanks to continued used of Grain Flow-Forged HD (High Density – concentrates the grain in the central hitting area for better feel) 1025E mild carbon steel. What subtle changes there are include the movement of the toe-weighting in the JPX 919 out to the club’s entire perimeter and toward the heel in order to shift the Center of Gravity (CG) slightly and enable better players to work the ball more easily, plus minor alterations in the width of the clubheads’ soles. While the sole on the longer irons has widened slightly to help launch the ball, the short irons’ soles have narrowed to improve turf interaction.

Lofts are pretty standard—the 46˚ Pitching Wedge is a degree stronger than the TaylorMade P7MB PW, but one degree weaker than the Callaway Apex Pro PW.
The dearest of the new line is the JPX 921 Forged which, for the first time, uses the incredibly strong Chromaly (chromium-molybdenum) alloy 4120 in a forged model – the JPX 919 Forged used boron-infused 1025 carbon steel.

The Chromoly (used in previous JPX Hot Metal models, of course) clubface is 16% thinner than that of the JPX 919 which causes a boost in coefficient of restitution meaning more face-flex and greater ball speeds. Because of the significantly thinner face, the cavity behind the face becomes slightly wider and  the CG moves lower and deeper in the head. Together that increases forgiveness and helps launch the ball a little easier.

The clubhead is forged from one piece of the Chromoly, rather than a mix of multiple metals and various pieces which Mizuno says optimizes feel (and who would deny it—this is Mizuno we’re talking about). As for looks, the cavity is quite ‘busy’ even for a JPX iron, but what you see at address is everything the better player is looking for—compact head (slightly shorter blade length than the JPX 919 Forged), little offset, and a relatively thin top line.

Perhaps the most intriguing of the new irons is the Hot Metal. It would have seemed unthinkable just a few years ago, but this cast, game-improvement model has become Mizuno’s top-selling iron, so what could it do to improve it?

The head is still made using Chromaly 4140M – similar to the 4120 certainly but engineered to work better in casting molds. The clubheads are slightly larger than their predecessors a change which, when combined with the thin Chromaly face (2.2mm at the center and 1.9mm at the edges) and face cup design, lowers the CG, increases MoI slightly, and increases the effective size of the sweetspot. The undercut cavity and perimeter ribs are designed to stabilize the head at impact and help improve the sound. Lofts are a degree stronger than on previous Hot Metal models. Better sound, more distance, and slightly improved forgiveness should ensure the continued success of the Hot Metal.

Actually, the Hot Metal’s smaller sibling—the Hot Metal Pro—might arouse one’s curiosity even more. Not because it’s vastly different to the Hot Metal—it isn’t; its dimensions and appearance (shorter blade length, thinner topline, less offset, and narrower sole) are really the only changes—but because it exists at all. Presumably, committed, better players will gravitate toward the Tour and Forged models so why make a Pro version of a what it essentially a game-improvement club?

That boils down to cost, feel, and really specific appearance differences. The Hot Metal Pro is $400 less than the Forged – not an insignificant amount, and those that don’t necessarily feel much difference between cast and forged models but who do appreciate a sleeker more compact look, will appreciate its inclusion. Chris Voshal, Golf Club Engineer at Mizuno, puts it like this:

“We see players at all levels playing each of our different models. It simply depends on what that player is looking for in terms of feel/forgiveness/distance/etc. The Hot Metal is designed for maximum distance and forgiveness. If you had to put a handicap range on things in our line, these speak to the highest handicaps, however they still look good enough to be played by better golfers. The Hot Metal Pro, meanwhile is the all-out distance iron for the slightly pickier player.” –Chris Voshal, Golf Club Engineer at Mizuno

Voshal concedes that many players may actually fit into some sort of combination of any or all of the new irons, and recommends readers visit a PFS fitting location (a quick search on Mizuno’s web site lists 50 within 100 miles of Denver) and hit Mizuno’s Shaft Optimizer to get dialed into the proper clubs and the proper specs.

Two more clubs complete the JPX 921 release story—the Special Addition Lefty (SEL), and updated FliHi hybrids. The SEL is a combo set comprising JPX 921 Forged 4 and 5-irons and Tour 6-GW, while Mizuno labels the third generation FliHi hybrid as the ‘Precision Hybrid’. Changes to the crown design allowed for a much thinner 17-4 steel face, and lofts were made slightly stronger to make the hybrid carry the same distance as the long-iron it was replacing. The deep CG and back-weighting make the club easy to launch and result in higher shots that descend on a steeper angle and thus land more softly.

The Mizuno JPX 921, together with the new Mizuno FliHi hybrid, is a pretty comprehensive launch that will surely enhance JPX’s reputation and standing among Mizuno devotees, even MP fanatics perhaps. 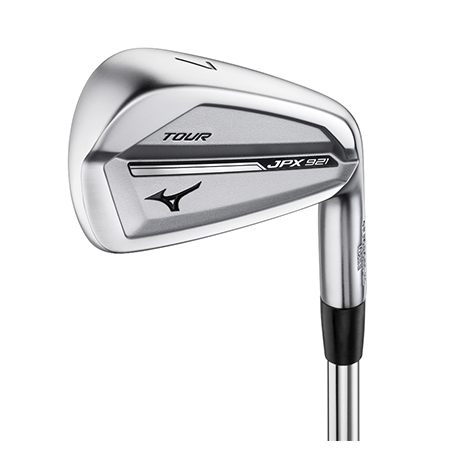 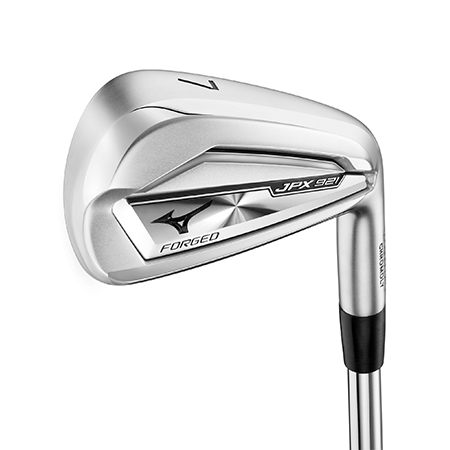 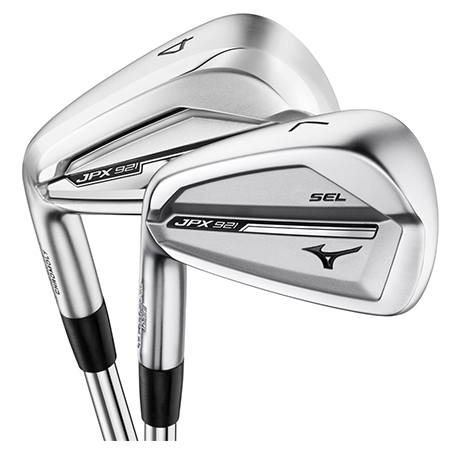 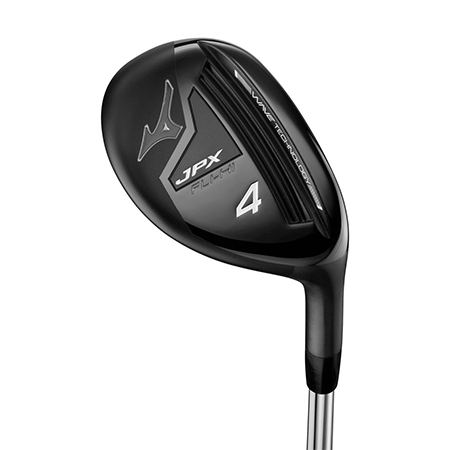