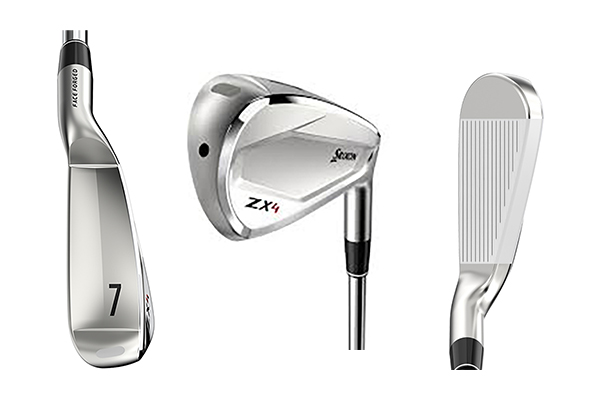 Clubmakers have always been good at building clubs for specific player-types. It’s never quite got to the stage where OEMs are designing new irons especially for you, but sometimes it feels like it – “for the golfer who demands forgiveness and a little extra control for that tricky side-hill approach to the 8th green where you usually blow it right” (I just made that up but you get my point).
They’ve also become really skilled at creating something that appeals to a much broader range of players – “For golfers wanting max distance, forgiveness, shot-shaping control, greenside spin, and anything else you can think of” (again, fabricated, but not too far from reality). 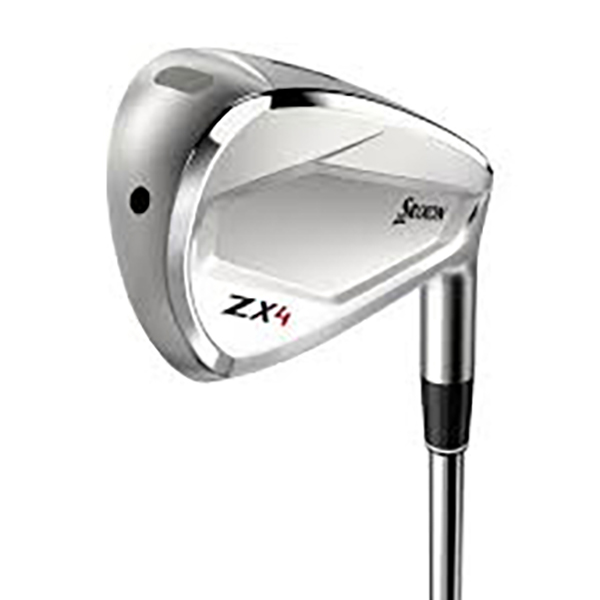 In the past, and still true but to a smaller degree, making golf equipment was all about trade-offs, of course. If you wanted something that delivers maximum distance you might have to sacrifice a little forgiveness or feel around the greens. Want a really high MoI (Moment of Inertia) club that takes care of your inconsistent contact, and you’ll most likely be stuck with an unsightly tool that makes many players wince.
Srixon has been building very good irons for some time now, but with the strong-lofted, hollow-body ZX4 the company could well be satisfying more golfers than any of its competitors’ irons. Which raises the question: What are the ZX4’s competitors actually?

Is it an elite-players’ iron, the players-distance irons of single-digit handicappers, or the game-improvement models of higher-handicappers who are simply looking for something that helps them get the ball up in the air easily?
The face is forged, the blade relatively compact, and it looks as sophisticated as some company’s most expensive model, which suggests it’s a better player’s club. The relatively shallow cavity, lightweight steel shaft, and moderate offset suggest a slightly less-able, slower-swingspeed player, however. And the wide, Center of Gravity (CG)-lowering sole says game-improver.

Srixon itself labels it a game-improvement iron. But have you seen it (well, probably as the image is above)? Since when have game-improvement irons looked like that? Better materials, more effective weighting, and the use of Artificial Intelligence (AI) are enabling clubmakers to build irons whose appearance would at one time have suggested they only be used by low-handicap golfers and better. But according to Dustin Brekke, Director of Engineering at Srixon, the fetching ZX4 “marks a new revolution in forgiveness for the company”.

Look down on the 4 and 5-iron, and you do see the back of the sole jutting out – always a tell-tale sign of a game-improvement club. But the blade is only 1mm longer than that of the ZX5, and just 2.5mm longer than the players’ ZX7. Likewise, the offset and top-line are only marginally bigger – like, 1mm bigger. Beauty is always in the eye of the beholder, of course, but for me, the ZX4 is actually the best-looking club in the ZX family. 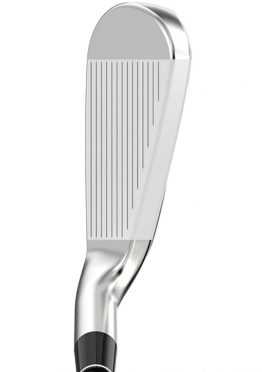 It’s built around Srixon’s Mainframe – a 431 Stainless Steel body and forged HT1770 Stainless Steel face with score marks, grooves, and channels on the non-contact side positioned using AI to ensure maximum ballspeed whether you make contact on the sweetspot or not.

The wide soles lower the center of Gravity (CG), as does tungsten weighting in the long/mid irons. And the familiar VT-shaped sole is well-known to glide through turf efficiently.

The ZX4 checks a lot of boxes – more, perhaps, than a club that looks like that should.