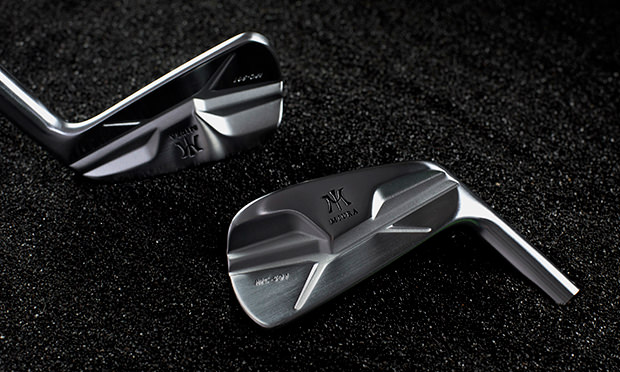 Images of Miura’s new MC-501 blade probably look scary to the average golfer. “There’s not much help there for the likes of me,” they think. “That’s clearly meant for the professional.”

The first few lines of the press release wouldn’t reflect or confirm what they’re seeing though. The MC-501 is designed for “players who want to improve shot-forgiveness on off-center strikes,” it says, before adding “It will help shots get airborne with more ease”.

Eh? How could the club in the picture possibly appeal to anyone with a handicap greater than, say, three?

Miura muddies the waters still further when it says the clubhead’s mass is concentrated behind the center of the clubface, and that weight has been moved away from the heel and toe.

That certainly sounds more like a blade – superlative feel for players that strike the ball on the center of the clubface, but no perimeter-weighting for amateur golfers’ poor strikes – but how does it jibe with the claim the MC-501 is forgiving, will get the ball airborne easily, and is designed for golfers other than pros and low handicappers?

McGarity seeks to clear up the confusion, saying the weight in the heel and toe has been ‘optimally repositioned’ rather than removed. Twenty grams of metal have gone to the center and, importantly, the sole, lowering the center of gravity. That enables a golfer with average swingspeed to get the ball up in the air.

“And traditional blades have fairly compact heads,” McGarity adds, “but the MC-501’s head is longer from heel to toe (the longest in Miura’s history, in fact). That frames the ball better and gives the non-elite golfer a little extra confidence.”

The head’s Y grind, first developed by Yoshitaka Miura (Katsuhiro’s other son) on the company’s wedges, features a balance of heel and toe relief and a rolled trailing edge, helping to minimize interaction with the turf and thus ensuring cleaner contact.

[easyazon_infoblock align=”right” identifier=”B077RRHYGM” locale=”US” tag=”coloradoavidg-20″]This new iron is the latest from a company that introduced six new products last year, will launch three more this year, and whose US distribution rights were acquired (majority interest) by investor Howard Millstein in early 2017. Under Millstein, Miura has committed to continuing its tradition of building refined, expertly-crafted clubs for core golfers, while also opening up to a slightly wider audience.

The MC-501 is a good example of this minor shift.

“This is the modern blade,” says McGarity. “And it’s definitely worthy of consideration for a mid-handicap player.”

A Beres club you can afford

New-look clubs signify a change in direction for the Japanese brand.

Park Hill Golf Course Is Back in the News

Shuttered for four years, the land could soon have homes, not holes.

Great Drill That Will Have You Chipping With Your Body

Toyota and Lexus in Transition