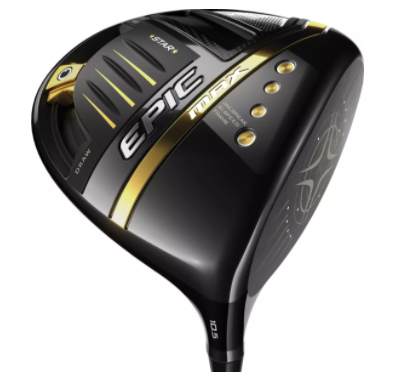 Callaway’s new Epic Max Star line-up (driver, fairway-wood, hybrid, iron) might have shed a few grams but the clubs are still tech-heavy and, as the name and gold elements suggest, not inexpensive.

There were four details in Callaway’s recent announcement of its Epic Max Star stable that hit you almost immediately. First, it is releasing a new driver, indeed an entire family of products, in the fall – a somewhat strange time for such a noteworthy release perhaps, but in keeping with the company’s tendency to introduce non-flagship equipment at this time of year. Second, the color – the gold accents give the club a distinctly extravagant look similar to that of a Honma Beres club or XXIO driver. That makes the third part – the cost – fairly predictable. The Epic Max Star is $170 dearer than the Epic Max and Epic Speed drivers, and meant obviously for a golfer with both considerable spending power and the swing limitations the design addresses. As for those limitations, the swing that the target golfer makes isn’t referred to as ‘slow’ as that might appear derogatory, disrespectful or even offensive, but rather ‘force-limited’ – the fourth noteworthy aspect of the release.

So what are these force-limited swingers with sufficient capital buying?
In short, a very lightweight driver that should help the golfer generate greater clubhead speed with the same amount of effort. At just 260g, the Epic Max Star is fully 52g lighter than the Epic Max thanks to a shaft that weighs only 36g (it’s also 46” long which should help create some extra speed), a grip that’s 26g, a sliding weight in the rear sole track that’s just 9g instead of 16g on the Epic Max, and the same triaxial carbon crown found on the Epic Max and strip of carbon-fiber in the toe that sheds more weight and gives the club a little draw bias. The absence of the Optifit hosel saves a few more grams.
Besides the weight-saving measures, the Epic Max Star features much the same technology as found in the mother club. The Jailbreak AI-designed Speed Frame stiffens the head vertically and horizontally, meaning less of the energy created in the swing is lost at impact, and the AI Flash Face is designed to optimize the Jailbreak Speed Frame, and ensure fast speeds across a more expansive area.

Fairway-Wood and Hybrid
As you’d expect, the features that make the driver so light and hopefully easier to hit, are present in the fairway-woods and hybrids. The Velocity Blades in the chassis are placed wider apart than the Jailbreak bars in the driver. There’s no effect on how the AI-designed Flash Face flexes at impact but it increases the chassis’s vertical stiffness enhancing the effectiveness of the Face Cup. Besides that, the fairway-woods and hybrids are mostly about weighting. The fairway-woods feature two sole weights – one 12g the other 5g – whose positions can be swapped to determine launch, trajectory and spin characteristics. More weight in the front launches the ball lower with less spin. For higher launch and higher Moment of Inertia (MoI), put the heavier weight at the back. The fairway-woods (hybrids too) have the triaxial carbon composite crowns to help keep the clubhead’s weight down, helping you swing them faster. 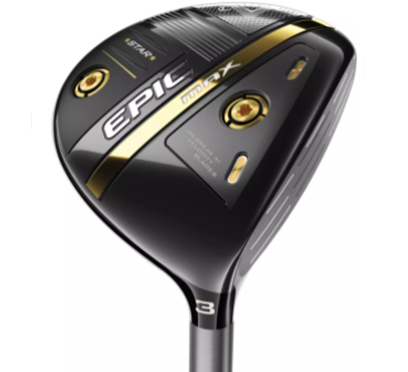 The hybrid features the AI-designed Flash Face housed in a high-strength SS21 maraging steel body (though the Triaxial Carbon Crown is present here too). There is a single sole weight to lower the CG, but also split tungsten weighting – a piece in both the heel and toe – to again lower the CG and also increase the club’s MoI. 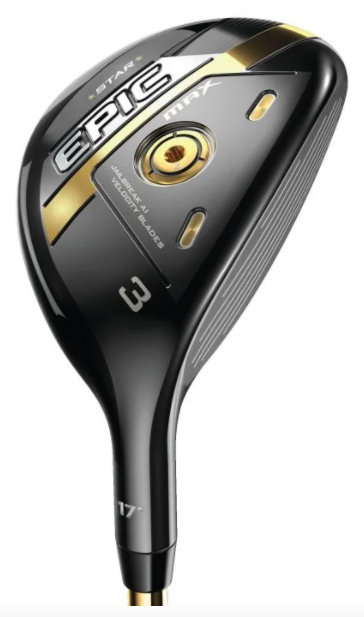 Irons
As is the case with their larger, longer, more bulbous brethren, the Epic Max Star irons are all about weight-loss that enables the golfer to swing the club faster and consequently hit the ball further. They do share a few characteristics with Callaway’s game-improvement clubs, namely the Apex DCB, Mavrik MAX and Big Bertha BB21 (forged head, AI-designed Flash Cup Face, Tungsten-weighting that lowers the Center of Gravity, and urethane microspheres – Callaway’s version of the vibration-absorbing material that fills hollow cavities in irons), but they are distinct by way of a slightly more compact head, slightly thinner top-line and slightly less offset all of which save a gram or two here and there. The shaft and grip save weight too.
Each iron, with its striking, glare-reducing Black Plasma PVD finish, has its own unique AI-designed Flash Cup Face to optimize launch, ball-speed and spin. 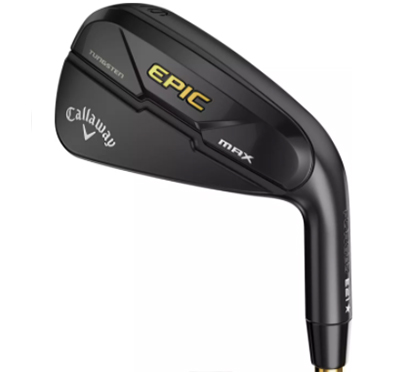