GOLFTEC: Ditch Your Lob Wedge Around the Green 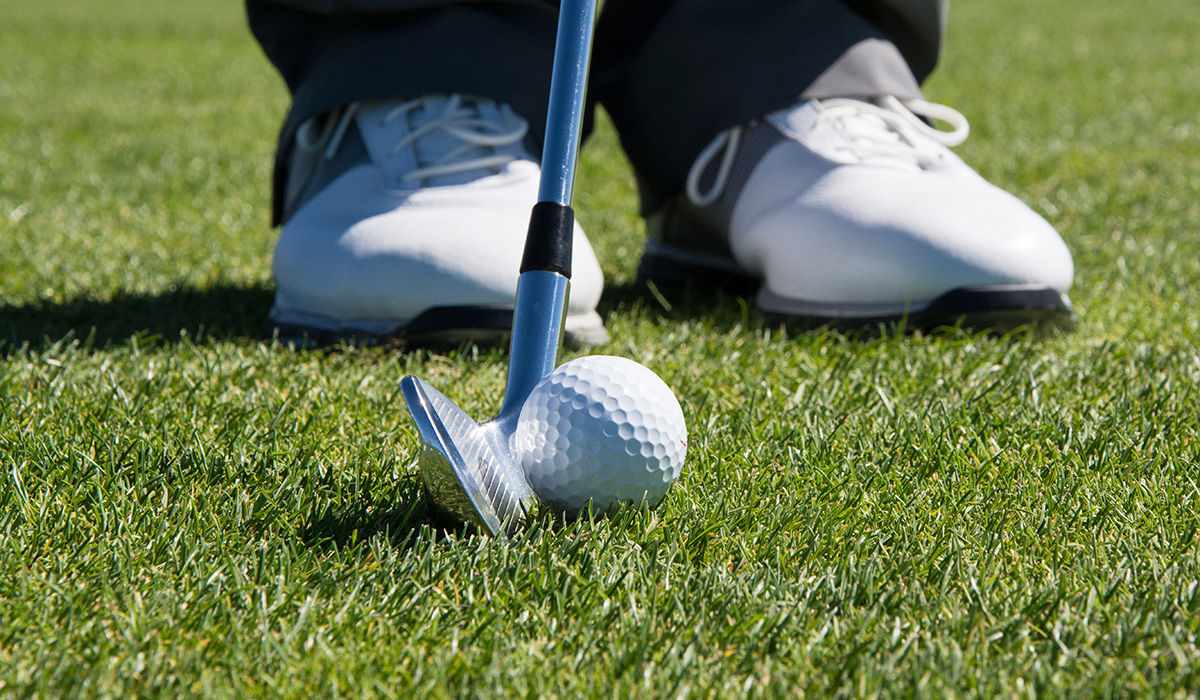 JUST SAY NO… to using your lob wedge every time you’re around the green. It will be one of the best things you do all year.

By Jon Levy
Here’s a truth and you may not like it: You have a problem and it’s killing your golf game.

Whether you know it or not, you have an addiction – to golf, of course, which is wonderful and life-fulfilling, etc., etc.

But, specifically, you – YES, YOU – are addicted to your lob wedge and even though it slowly kills like your favorite ill-fated team whose season is “done” just a few weeks after it starts, you continue to reach for this high-lofted assassin every time you miss a green in regulation. 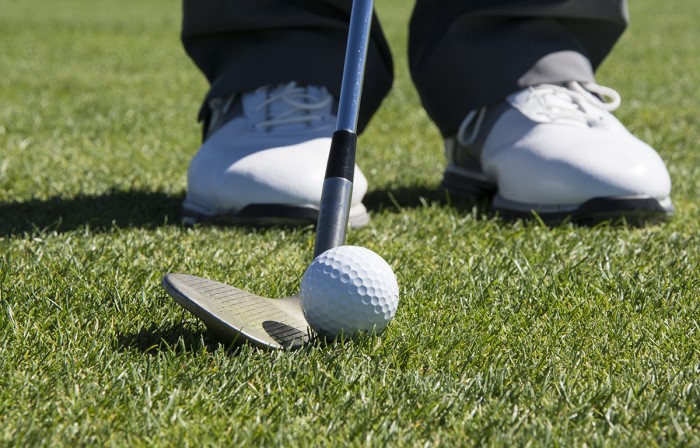 Now, go ahead, blame Phil Mickelson, whose career’s-worth of “impossible” floppers to a foot make ‘Ol Lofty look so easy, or the new wave of aerial-assault courses that often give no choice, or just blame it on the rain (because, if I have to explain the pop culture reference you deserve an excuse) – whatever the motivator, most of us use high-lofted wedges around the greens when we shouldn’t and it’s killing our scores!

Let’s first say I’ve also been prone to this since my junior golf days at a hilly, small-greened course in Michigan. The flop shot was around every corner and, honestly, it was just fun to launch the ball sky-high and stop it by its pitch mark.

But, as my game progressed and I’d play at different courses with bigger, flatter greens that didn’t needthis shot, that’s all I knew and, oh, boy, if I didn’t execute …

It wasn’t until I turned professional, and really until I started coaching college golf, that I saw just how much more challenging this addiction was making it to score around the greens.

Not because I solely hit the high-launcher – the de-lofted-back-in-the-stance-low-spinner was my go-to.

Nor was it because I hadn’t ever been encouraged or taught to take a lower-lofted club and hit a true “bump-and-run” – my college coach was hell-bent on it.

It was purely because I had only used my “60” so long this was the lone club I was comfortable with, so I never deviated. As a professional golfer, no less! 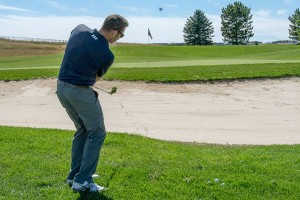 Of course, there are many times when the lob wedge is needed and the only option: When the ball is in deep rough (Quick Tip: Use more loft than you think you need in deep or thick rough … you can thank me later), or you’re “short-sided” with little green between you and the hole, or variables like green break and speed dictate no other choice.

But for most cases where there’s enough green that the ball has a chance to roll to the hole like a putt, a lower-lofted club like a 7-, 8-, 9-iron, PW or hybrid (in some cases) should be used to chip.

Alright, we’re to the point so let’s go with it. 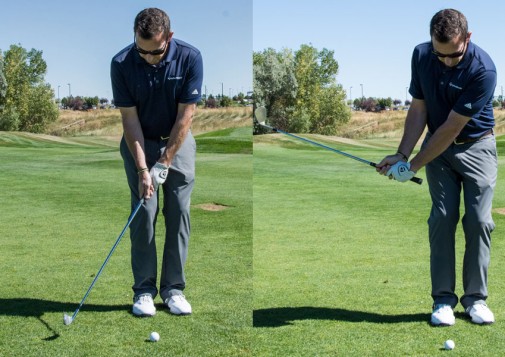 So, how do we translate these shots into our game, with confidence?

Learn when to use these clubs instead of the higher-lofted wedges. 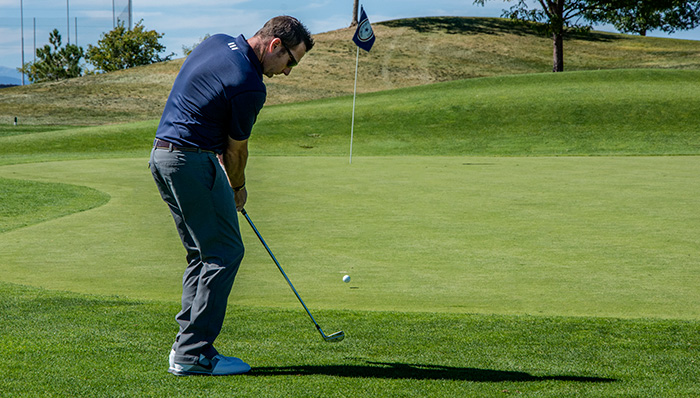 On links-style courses, or firm-and-fast layouts with open approaches to the green, it may even be appropriate to use a 5-, 6-, 7-iron or hybrid from 30-50 yards away, because – again – the shorter the swing the more consistent, and the better chance a poor shot has for success with its room for contact error and predictable roll-out.

On more aerial-style courses like the one I grew up at, there may only be a few cases per round where the lie is decent enough (read: not buried in rough), with ample green to work with where it makes sense.

A good rule of thumb to learn this: Visualize the ball landing on the green just a yard or two and rolling out to the hole the rest of the way. Some shots may call for the 7- or 8-iron, etc., while others still call for a higher-lofted wedge. 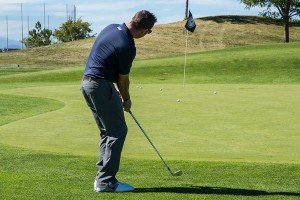 The technique of these shots is the same as a basic chip with a higher-lofted wedge, and while I’ve listed a few clubs as suggestions, you can explore other clubs in your bag that may work in various situations through trial and error.

And after enough practice, in choosing which club to use while on the course?

As it’s often said when you find the one you marry: “You’ll just know.”

Trust your expanded shot repertoire the next time you play. You won’t be sorry!

Quick anecdote to prove this: 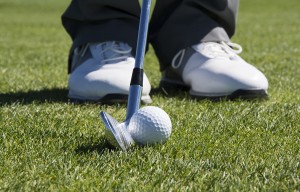 During my final year coaching the Men’s Golf team at Scottsdale Community College, we hosted the NJCAA National Championship at a Phoenix-area course that often calls for the bump-and-run.

Knowing most of my guys were like I was back in the day, I targeted a tournament held at another links-type venue prior to the big event, and subsequently required our team to use the lower-lofted clubs every time the shot called for it.

Naturally, this didn’t go over well when introduced, but it forced my guys to practice these shots leading up to the test event, use them under pressure when it counted, and then ultimately trust their skills by the time we got to the Big Dance.

We won the National Championship by 18 shots, largely in part to their efficient short games with the lower-lofted clubs around the greens.

Alright, so our little truth-drop wasn’t so bad, now, was it?

Let’s just think of this as a friendly intervention to know that, if you take these measures and lean on more than just your lob wedge around the green, your golf game will thank you for it.

Because, sometimes, it’s best to just say no.

PrevPreviousGOLFTEC: Improve contact with this chipping tip
NextGOLFTEC: Should You Take Lessons Before Buying Fitted Clubs?Next